The Red Arrows will join forces with a special British Airways B747, which has been painted in the airline’s predecessor British Overseas Airways Corporation (BOAC) livery, for a spectacular fly-past at this summer’s Royal International Air Tattoo in Gloucestershire on July 20.

To mark the airline’s centenary this year, the specially decorated 747 will perform a joint fly-past alongside the RAF’s aerobatic display team at the world’s largest military air show.

Spectators will have the chance to see the vintage design, which flew between 1952 and 1974, at the air show that takes place at RAF Fairford. British Airways has painted four aircraft in heritage liveries to mark its 100-year-history, the other two featuring the Negus (1974 to 1980) and Landor (1984 to 1997) liveries. Completing the line-up is an Airbus 319 painted to reflect its British European Airways heritage. 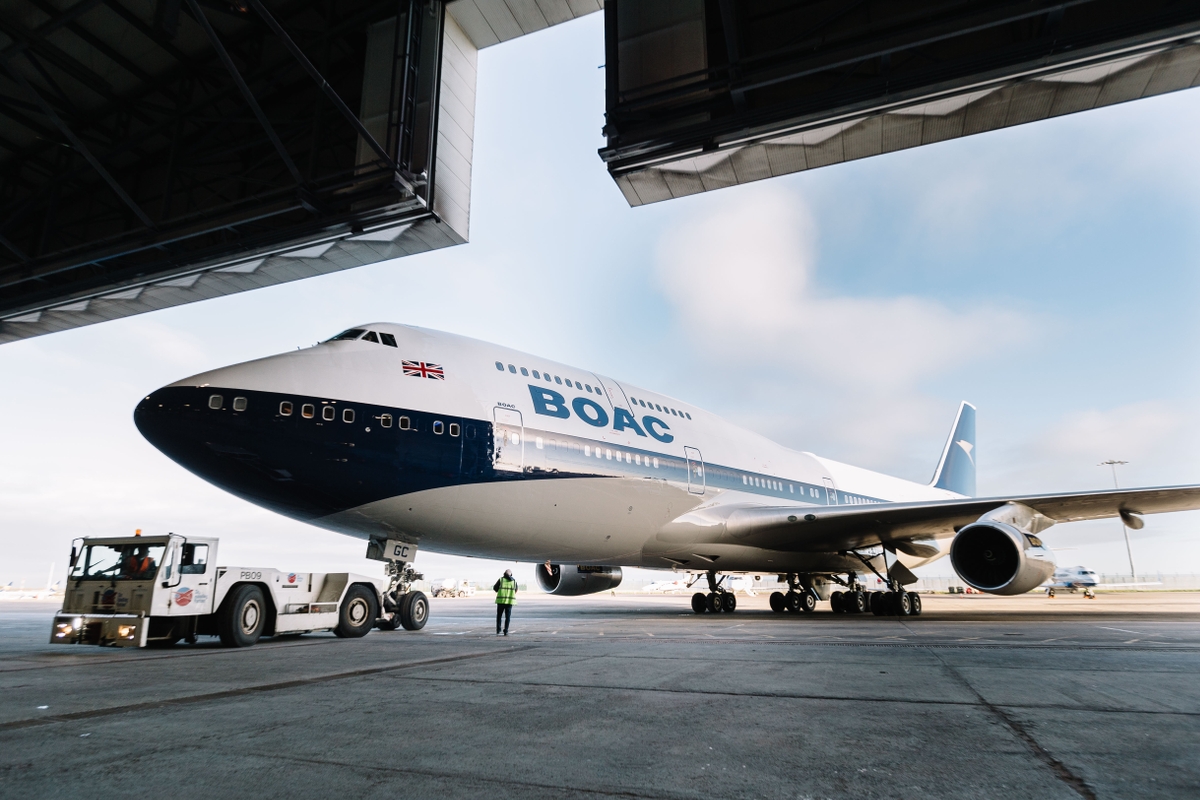 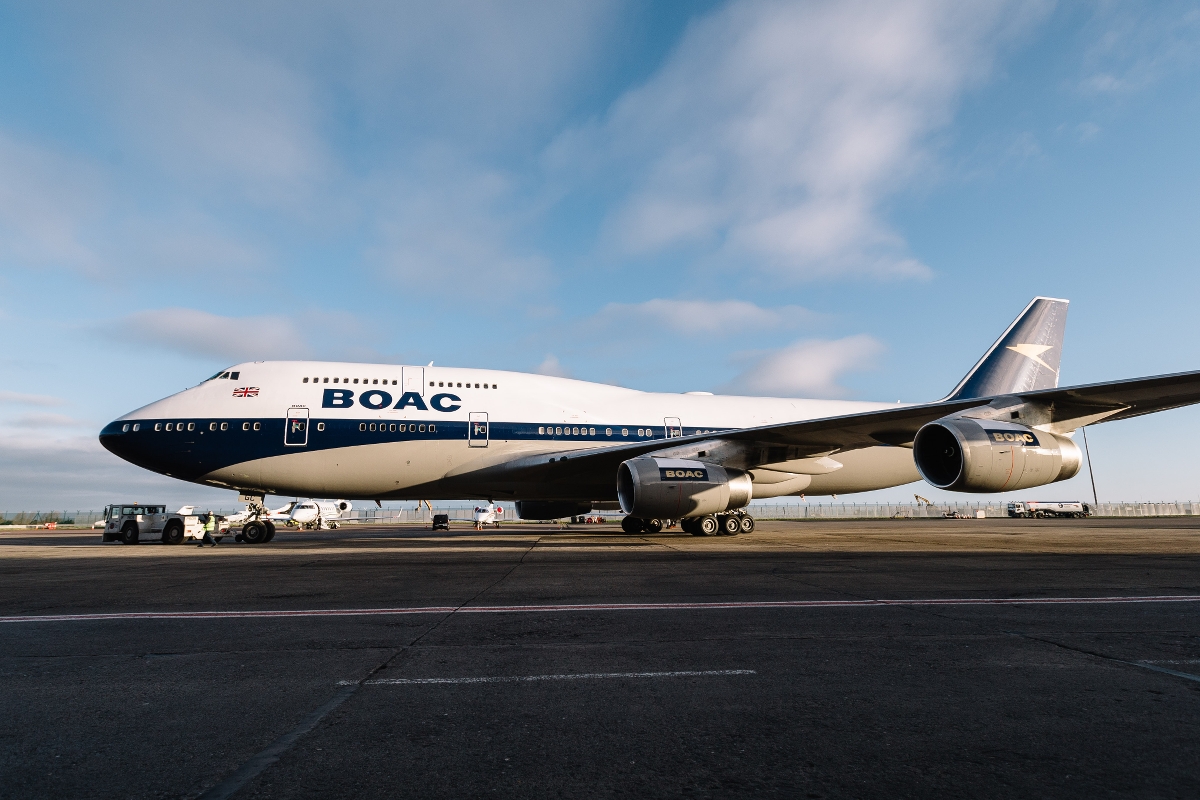 Captain Richard Allen-Williams, who has been flying for 17 years and will be in command of the BOAC aircraft on the day, said: “We’ve been overwhelmed by how our heritage liveries have been received by customers and colleagues. There’s certainly an air of excitement and pride and we’re sure the sight of our BOAC liveried 747 will provide a wonderfully nostalgic moment for the Air Tattoo audience. I am honoured to fly alongside the Red Arrows at RAF Fairford this summer.”

Andy Armstrong, Chief Executive of the Air Tattoo, said: “The participation of British Airways aircraft in our flying displays over the years have often provided the most memorable aviation moment of the year and I am confident this summer will be no different. I can think of nothing better than to have one great British institution helping celebrate another.” 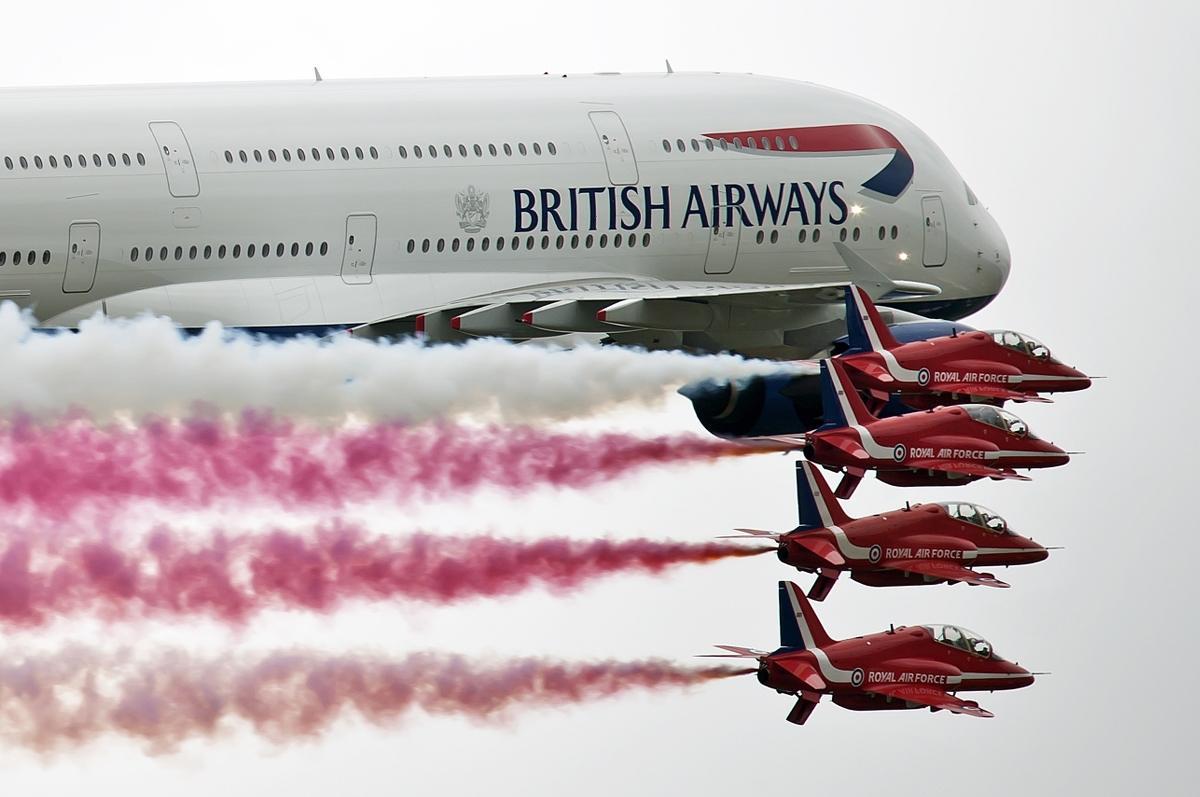 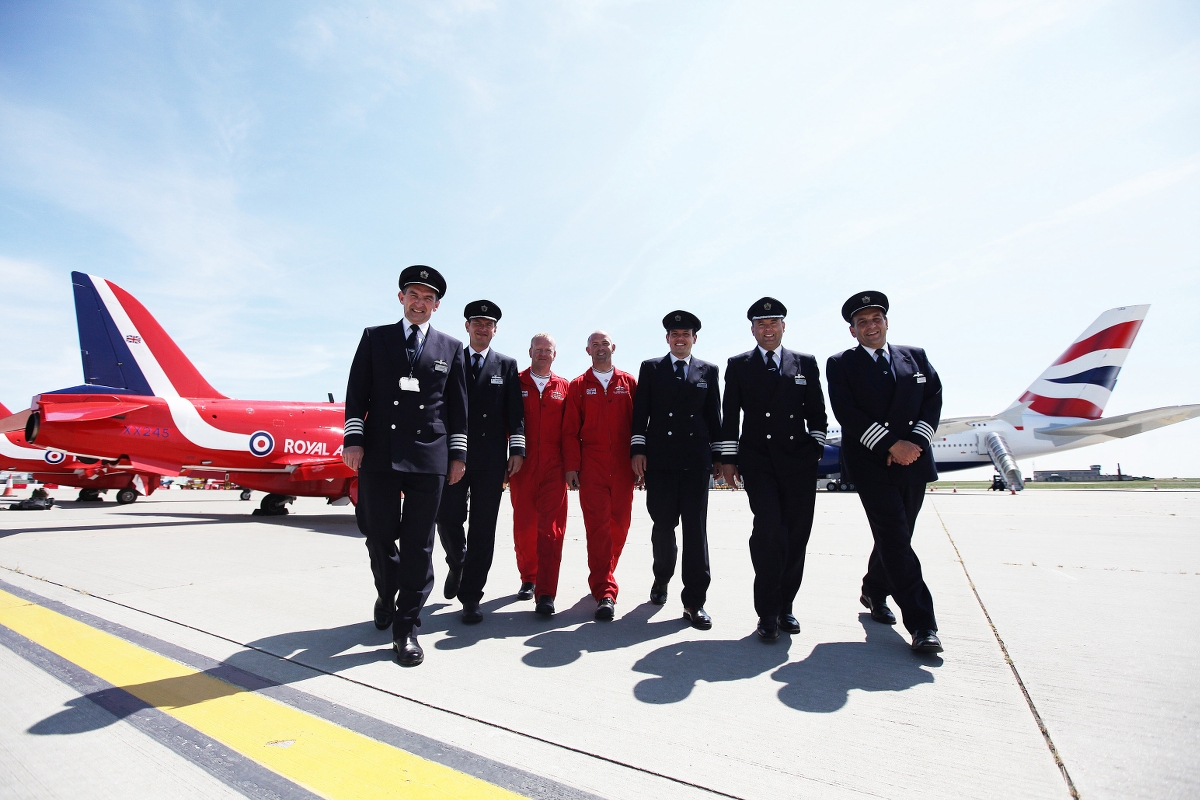 Wing Commander Andrew Keith, Officer Commanding, Royal Air Force Aerobatic Team, the Red Arrows said: “Flying alongside this British Airways Boeing 747 will be an exciting and memorable moment for both the pilots in the air and those watching on the ground. I know the wider Red Arrows’ team have worked hard with British Airways counterparts and Air Tattoo staff for many months to create this opportunity. The Royal Air Force’s own centenary celebrations – marked a year ago – demonstrated the importance of using these high-profile occasions to inspire the next generation and we hope this flypast will be another chance to do that.”

The BOAC 747’s appearance at the air show is one of a number of centenary initiatives organised by British Airways that are designed to look ahead to the next 100 years of aviation. The airline is also hosting BA 2119 – a programme, which will lead the debate on the future of flying and explore the future of sustainable aviation fuels, the aviation careers of the future and the customer experience of the future.

British Airways is investing £6.5bn over five years as part of a programme for customers. This includes the installation of the best quality WiFi and power in every seat, fitting 128 long-haul aircraft with new interiors and taking delivery of 72 new aircraft. The airline has also revealed a brand-new business class seat with direct aisle access, the Club Suite, which will debut on the Airbus A350 later this year.