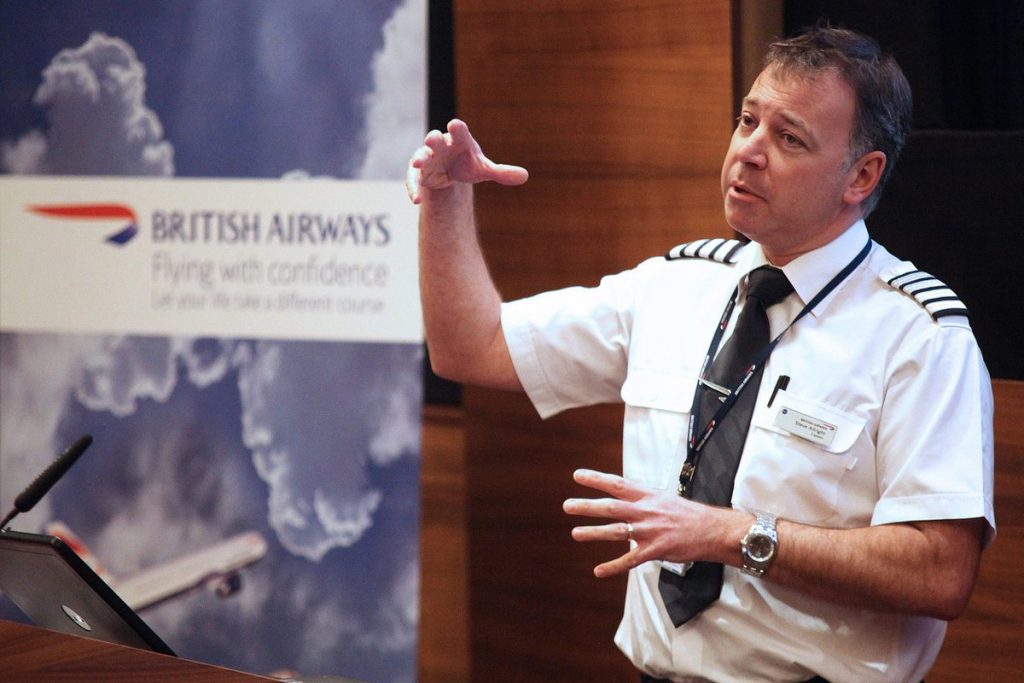 British Airways is celebrating its big birthday weekend in August with the first ever Flying with Confidence course at London City Airport.

The course, which has run for three decades and helped more than 50,000 people overcome their fear of flying, celebrates the airline’s centenary on August 25 when it takes off at the Docklands airport for the first time.

It is run by British Airways Captain Steve Allright and a specialist team who will explain the technical side of flying, challenging regular areas of concern such as turbulence.

There will be expert advice from a clinical psychologist on relaxation techniques and managing anxiety and the day will finish with a flight on a modern Embraer 170 jet.

British Airways’ centenary celebrations include initiatives that are designed to look ahead to the next 100 years of aviation and Captain Allright believes the course will help more people than ever take to the skies in the future.

He said: “We love flying and want everyone to share that feeling of limitless opportunity and adventure that only air travel can really deliver. British Airways is the largest airline at London City Airport so we want to give nervous customers the chance to spread their wings and enjoy exploring all the new destinations we have to offer, most recently Split in Croatia.

“We’ve had so many incredibly heart-warming stories during the 33 years of the course, but what they all have in common is that we’re helping to connect people, and that definitely makes it all worthwhile.”

The one-day course will start at mid-day, with presentations by British Airways pilots and a psychologist, at the Radisson Blu Edwardian Hotel, New Providence Wharf.  It will conclude with a 45-minute flight on a British Airways aircraft when participants will be talked through the flight by the airline’s expert flight crew and offered support and encouragement from experienced cabin crew.

The course at London City Airport costs £335 including the flight and more information can be found via this link: www.flyingwithconfidence.com