British Airways commenced the first North American long-haul service of its new A350 aircraft from Toronto on 1st October, following extensive trials and the launch of its first long-haul service to Dubai last month.

Not only is the state-of-the-art A350 aircraft quieter than some of its predecessors, it also delivers environmental benefits such as a 25 per cent lower fuel burn which significantly reduces CO2 emissions.

Gerard McEvoy, VP Sales, North America, said: “We’re thrilled to be launching our new A350 from Toronto, a city we’ve flown to and from for nearly 60 years. The A350 and our new Club Suite business class seat deliver new levels of sophistication, comfort and privacy, and we’re proud to share this with our Canadian customers”.

Since British Airways took delivery earlier this year, the A350 has flown over 15,400 miles between London Heathrow and Madrid, completing 40 take-offs and landings to put the aircraft through its paces, test all aspects of its technical performance and to further familiarize the airline’s crew with the service they will deliver. In addition to the short haul flying, the airline has also simulated a long-haul flight on the ground at London Heathrow. 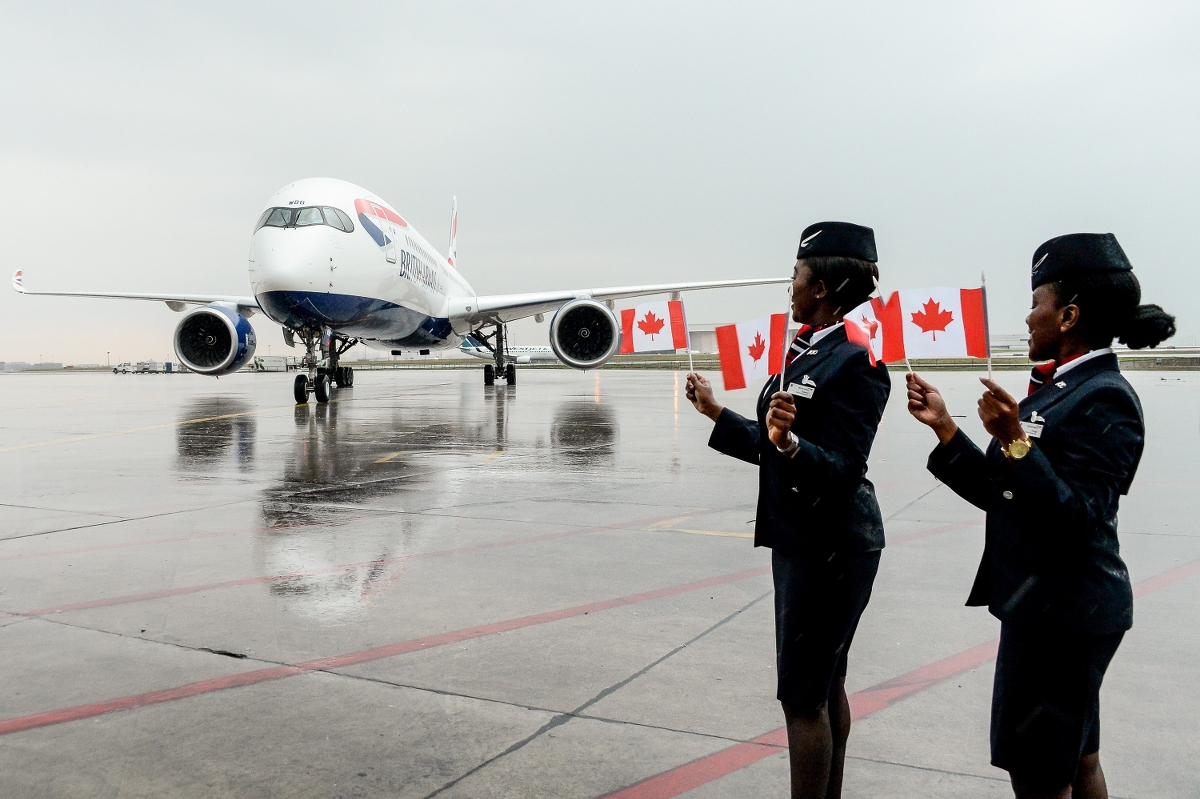 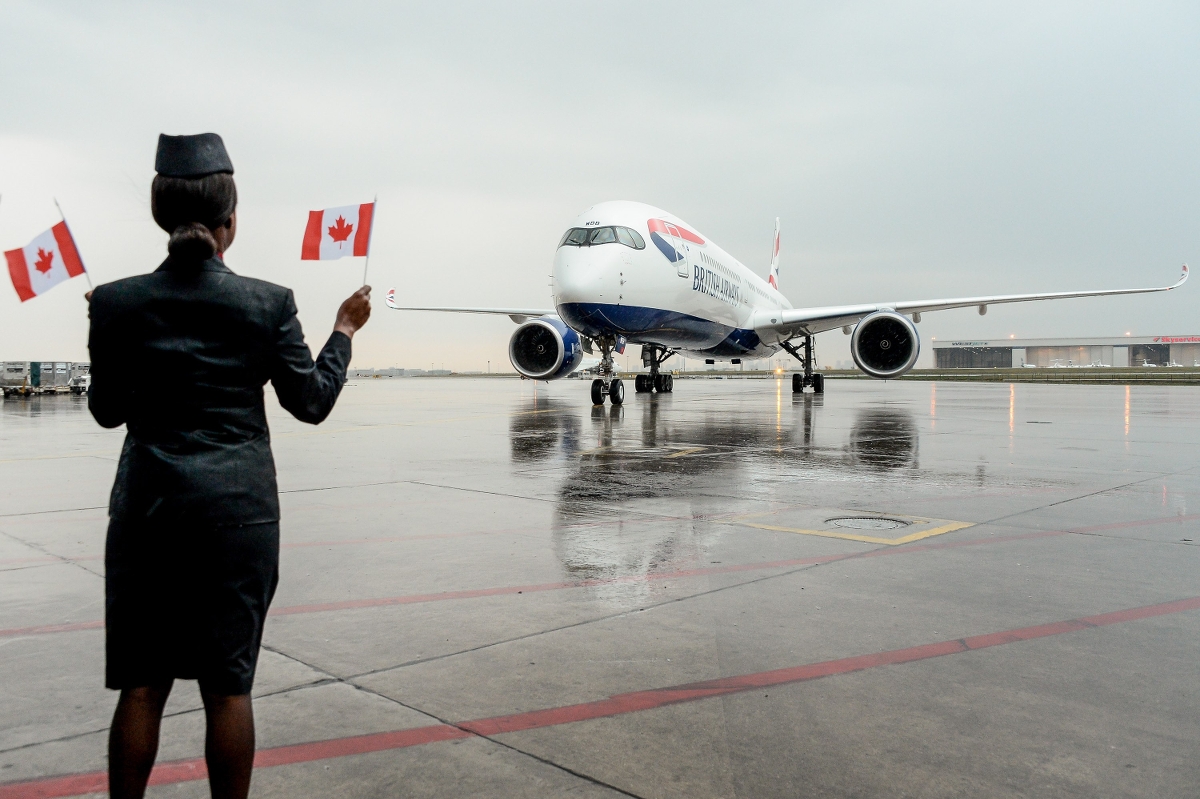 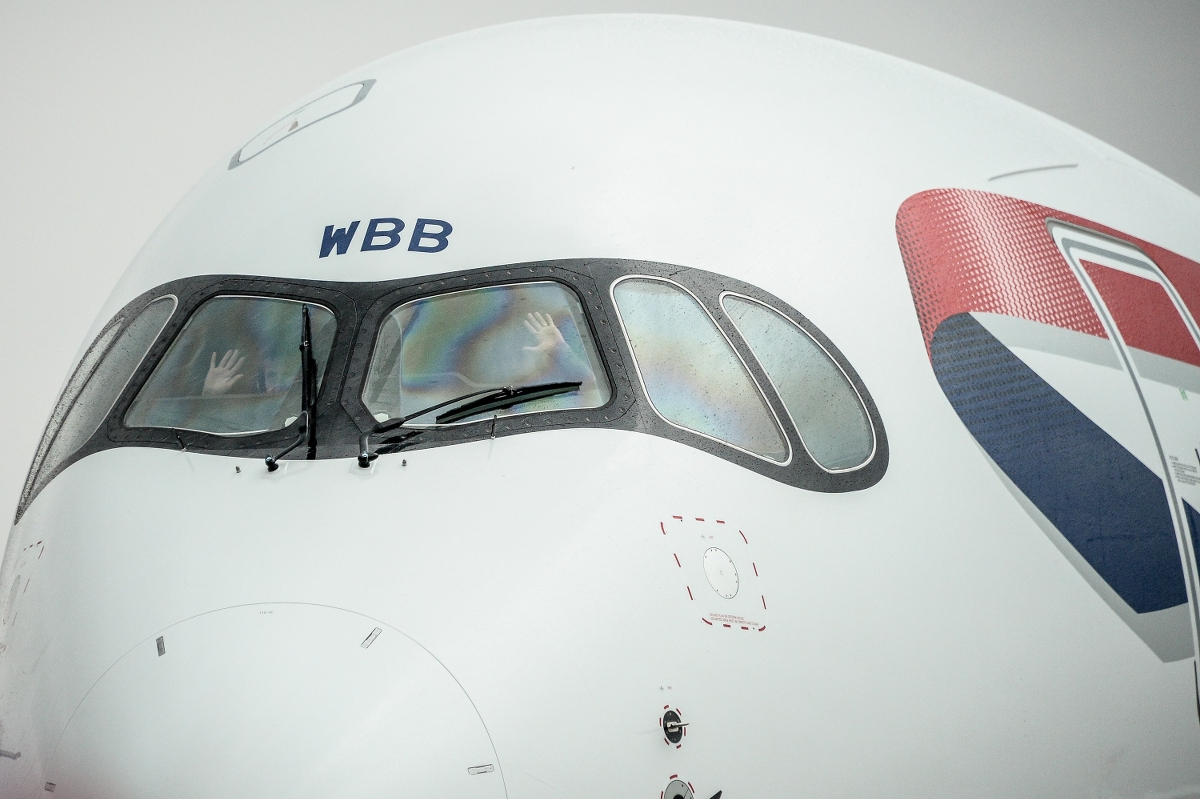 Following the Toronto launch of British Airways’ A350 on selected services, flights will commence to Tel Aviv and Bangalore later this year.

The arrival of the A350 is part of the airline’s CA$10.5bn (£6.5bn) current investment program, and forms part of an exciting year for the airline as it celebrates its centenary. Other activities include the airline’s BA 2119 program exploring the future of fuels, the customer experience of the future and the aviation careers in the next 100 years.

Fares from Toronto to London Heathrow start at CA$681 roundtrip for World Traveller and CA$7,245 for Club Suite. As always, members of the airline’s Executive Club can reduce their fares using Avios part payment. They can pick from a range of savings by destination and cabin. Members making the most of Avios part payment are still able to collect Avios and Tier Points on their bookings.

The A350 promotes a feeling of well-being, space and calm due to its reduced noise levels, high ceilings and ambient lighting which is intended to compliment the time of day and outside light. Customers will leave their flight feeling rested thanks to higher levels of humidity and refreshed air as the cabin pressure is equivalent to an altitude of just 6,000 feet. There are also environmental benefits to flying on the state-of the-art A350 as 25 per cent lower fuel burn significantly reduces CO2 emissions.