Dubai-based carrier FlyDubai becomes the first airline in the Middle East to invest in this technology, the new winglets will help improve fuel efficiency and deliver both financial and environmental benefits.

Dubai-based flydubai has announced today the completion of the first Split Scimitar Winglets installation on its fleet of Next-Generation Boeing 737-800 aircraft, becoming the first airline in Middle East to invest in this fuel saving technology. On Friday 27 September, flydubai flight FZ 144 from Amman to Dubai was operated by A6-FEC; the first aircraft in the airline’s fleet to be retrofitted with the new winglets.

The retrofit programme will see up to 30 Next-Generation Boeing 737-800 aircraft fitted with the new Split Scimitar Winglets between September 2019 and October 2020. Upon completion of the programme, the airline’s retrofitted Next-Generation aircraft will benefit from greater fuel efficiency while producing less carbon emissions.By reducing the drag created at the end of the wingtip and distributing the lift of the aircraft more evenly across the whole wing, the Split Scimitar Winglets reduce fuel consumption for flydubai by 1.5%. The winglets are estimated to reduce flydubai’s annual fuel bill by over 200,000 litres per aircraft and reduce CO2 emissions by more than 510 tonnes per aircraft per year.

Commenting on the introduction of the Split Scimitar Winglets, Ghaith Al Ghaith, Chief Executive Officer at flydubai, said: “the Split Scimitar Winglets have been in use since 2013 and we have seen many airlines around the world benefit from this technology both financially and environmentally. Choosing to invest in the latest technologies and to retrofit our fleet is part of fulfilling our commitment to cost and operational efficiency and passing on the savings to our passengers.”

Al Ghaith, added: “I would like to thank our Engineering and Maintenance team who are working closely with our MRO service provider, Joramco and the Split Scimitar Winglets supplier, Aviation Partners Boeing (APB) to successfully roll out the retrofit programme without impacting aircraft availability.”

The retrofit programme is scheduled to coincide with the aircraft’s scheduled base maintenance checks. By installing the winglets during the periods of scheduled maintenance, the airline minimises the effect on aircraft availability and any disruption to its flying schedule.

When retrofitting an aircraft, the current Blended Winglets on the Next-Generation Boeing 737-800 aircraft are removed and a new aerodynamically shaped “Scimitar” winglet tip caps and a ventral strake are installed. The process takes up to four days per aircraft and the airline expects the programme to provide a return on investment in under three years.

flydubai operates a single fleet-type of Boeing 737 aircraft consisting of 43 Next-Generation Boeing 737-800 and 14 Boeing 737 MAX 8 and 9s, which continue to be grounded following the safety recommendation issued in March 2019. 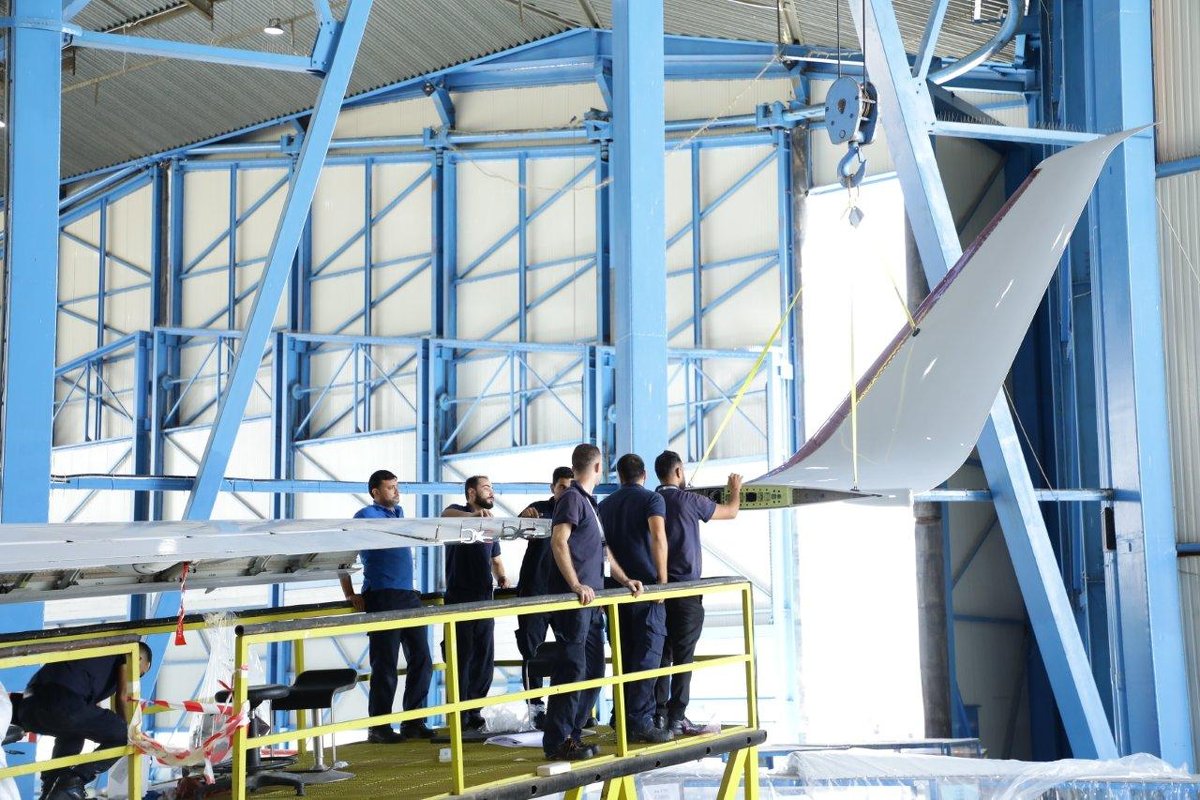