Saudi Arabian Airlines, the national flag carrier of Saudi Arabia, has decided to expand its existing A320neo Family order from 35 to as many as 100 NEO aircraft including 35 options. The additional firm order takes SAUDIA’s order of A320neo Family aircraft to 65 of which 15 are A321XLRs.

Passenger demand in the Kingdom of Saudi Arabia is experiencing strong growth on domestic, regional and international routes. The additional aircraft will be deployed to support the national carrier’s plan to boost capacity. Airbus and SAUDIA have also agreed to further expand their partnership with the development of technical training, maintenance and other services.

SAUDIA is the biggest Airbus operator in the Kingdom and currently operates a portfolio of 100 Airbus aircraft comprising A320ceo Family and A330ceo. This latest purchase is in line with the Group’s Transformation Program, which includes the establishment and growth of a dual-brand strategy of operating airlines catering to the different customer segments in the Kingdom, the region and beyond.

The A320neo and its derivative aircraft Family members are the world’s best-selling single aisle aircraft with over 6,500 orders from more than 100 customers. It incorporates an industry-leading cabin design and latest generation engines, delivering 20% fuel savings alone. The A320neo also offers also a 50% reduction in noise footprint compared to previous generation aircraft. 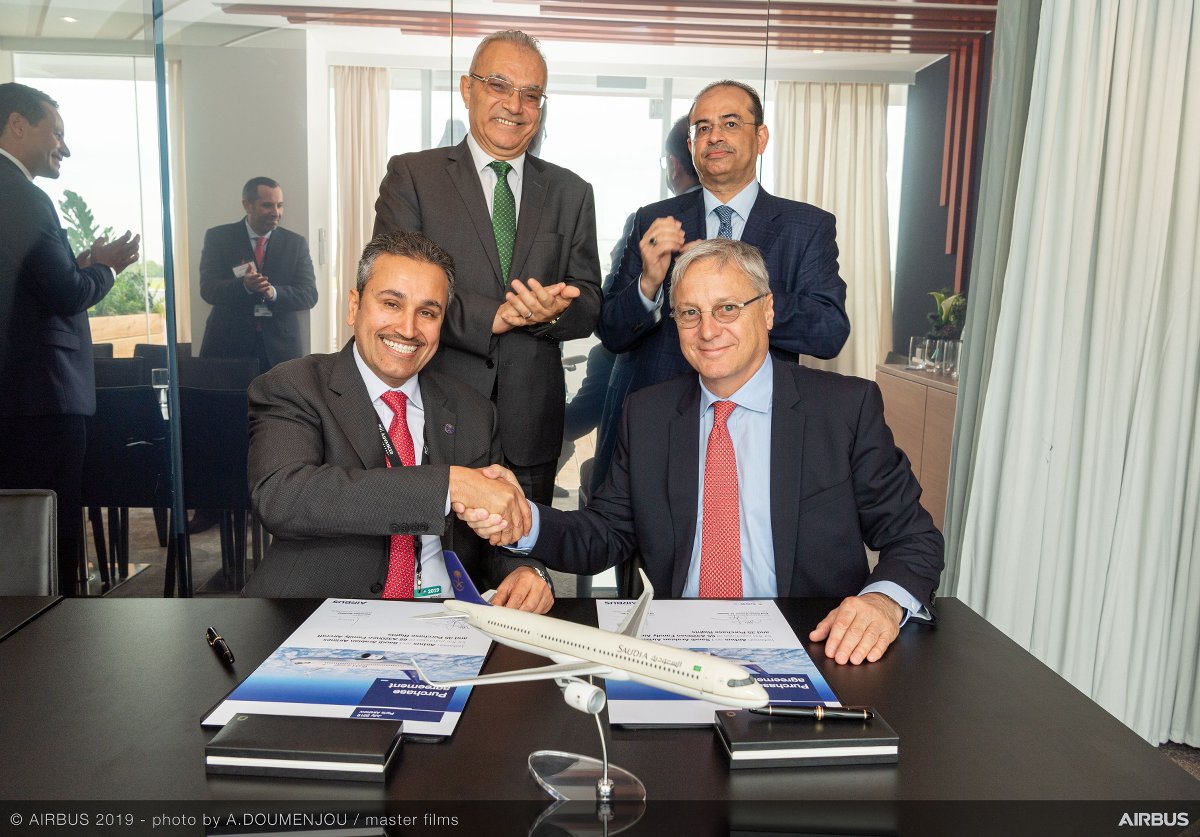