The selected engine is due to be mounted on eight A320neo aircraft and two A321LR middle-haul aircraft from fiscal 202o and is expected to improve fuel efficiency by 15% compared to existing engines.

Peach Aviation Limited announced on the 17th the conclusion of a contract to install the LEAP-1A engine manufactured by CFM International to power a total of ten aircraft –eight of which are the Airbus A320neo model while the other two are A321LR middle-haul models –from fiscal 2020. The contract was concluded with CFM’s Mr. GAËL MÉHEUS and Peach’s Mr. Shinichi Inoue in attendance at the Paris Air Show.

Mr. Shinichi Inoue, Representative Director and CEO of Peach, commented on this contract, “This engine will be quieter, flights will be more comfortable, and operational costs, including fuel expenses, will be reduced thanks to installing CFM’s new engine. Peach is undergoing some expansionthrough its integration with Vanilla Air in fiscal 2019. We will take on the challenge of medium distance routes while expanding our business using new aircraft powered by these new engines from fiscal 2020.”

“We are very excited to launch this next chapter with Peach,” said Gaël Méheust, president and CEO of CFM International. “We very much look forward to helping them introduce the LEAP engine into their fleet. The industry-leading utilization, fuel efficiency, and environmental benefits this engine brings will make it an important asset for their continued growth.”

These LEAP-1A engines are projected to boost fuel efficiency by15% compared to existing versions, while also bolstering comfort by reducing noise. This latest engine also enables us to curtail our nitrogen oxide (NO x)and Carbon dioxide (CO2) emissions.

The CFM56 manufactured by CFM is currently mounted on Peach’s A320ceo aircraft. The recent adoption of the LEAP-1A engine for our A320neo and A321LR planes marks our second engine type to be adopted from CFM. 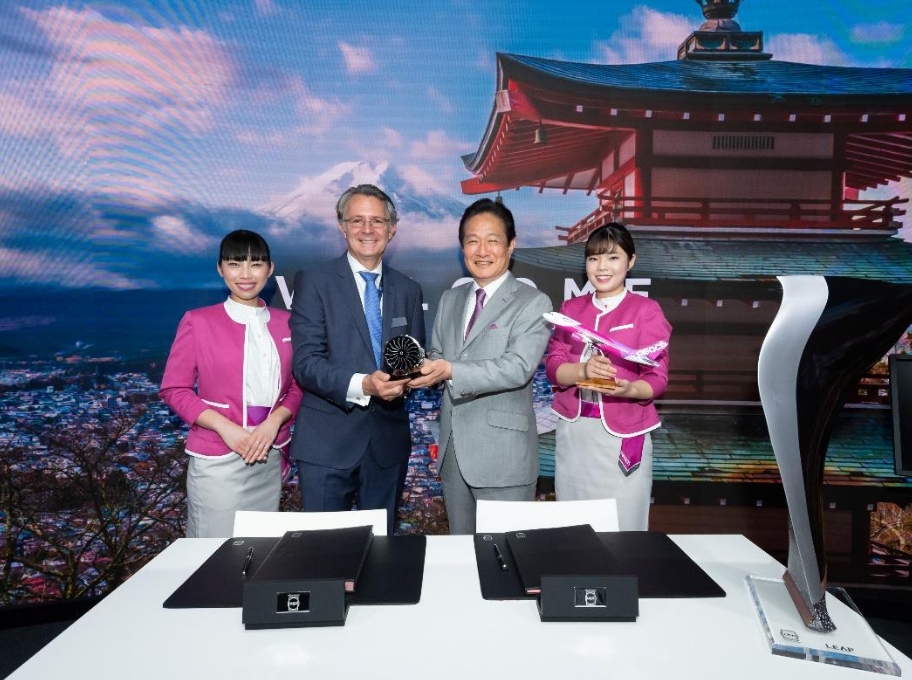