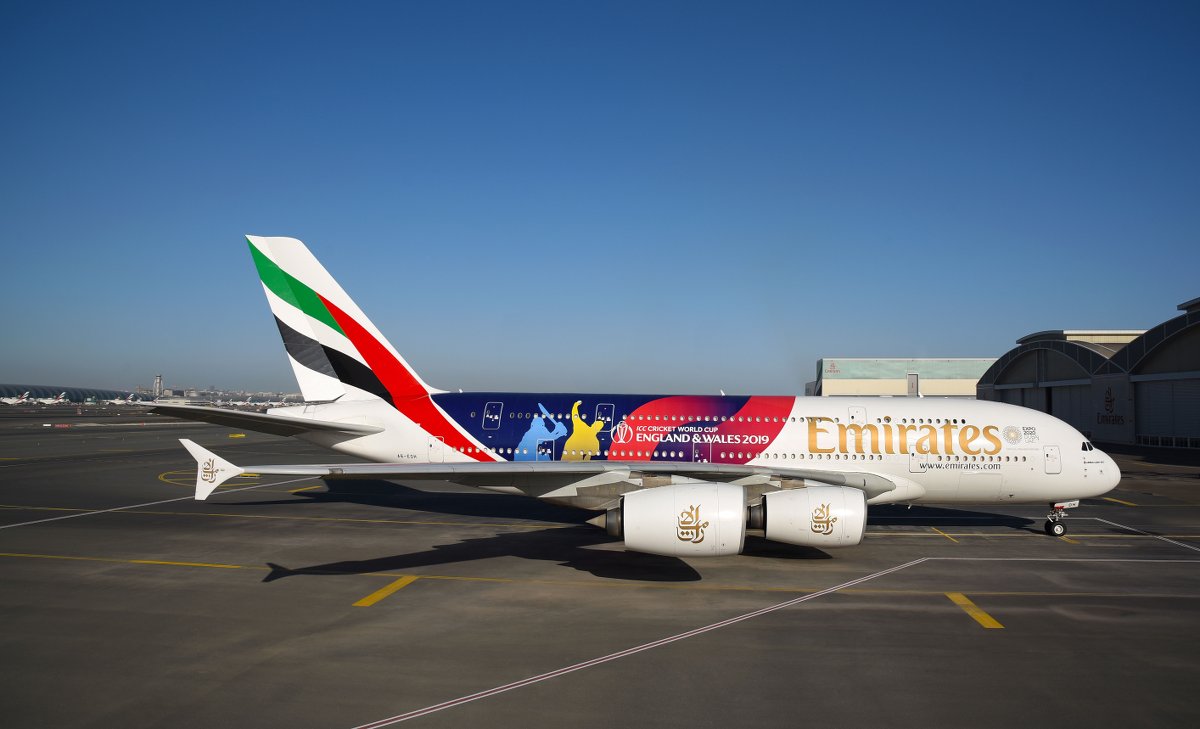 Former India cricketer and ICC Men’s Cricket World Cup 2011 winner, Virender Sehwag, and Emirates sponsored Lancashire team players Saqib Mahmood and Tom Bailey helped to marshal the newly emblazoned aircraft out of the Emirates Engineering hangar back in March. The cricket players were accompanied by Emirates Engineering staff who had worked on installing the decal, and who were later treated to a game of mini-cricket by the aircraft.

Boutros Boutros, Divisional Senior Vice President, Corporate Communications, Marketing & Brand for Emirates Airline said: “We are proud to be the official airline for the ICC Men’s Cricket World Cup 2019. Today’s reveal takes us one step closer to bringing the tournament to life for the nations competing in the ICC Men’s Cricket World Cup 2019, and for cricket fans across the globe. Emirates directly serves customers in 9 nations participating in this year’s ICC Men’s Cricket World Cup, and we look forward to sharing the excitement of this passionate sport with cricket fans and communities around the world, particularly those who will be feverishly following their national teams as they attempt to clinch cricket glory.”

ICC Chief Executive David Richardson said: “I am delighted to be able to see the Emirates plane with the ICC Men’s Cricket World Cup livery making its debut today. It is a wonderful way to celebrate what I know is one of the most eagerly awaited sport events of the year and fitting that its first journey is to our hosts in England and Wales.”