British Airways surprised unsuspecting customers as they arrived home this Christmas. The airline’s choir wowed 1000s of people as they arrived at London Heathrow’s Terminal 5 with a flying rendition of the quintessential Christmas carol, Deck The Halls.

As British Airways’ centenary year draws to a close, the airline wanted to thank its loyal customers for flying with the airline, while wishing arriving customers a very merry welcome home. The surprise performance was kicked off by cabin crew member Pippa Roblin.  She stunned surrounding passengers as they collected their luggage from destinations including Japan and America.

During the weeks of rehearsals, the 15 person-strong choir worked around their schedules in the sky and office – all to create a pitch perfect performance. The colleague choir brings together cabin crew, an engineer, pilot and head office colleagues. Composer and Orchestrator, Richard Beadle, swapped his role on the West End as Musical Director of the award-winning Hamilton to Musical Director of the British Airways Choir as he led the aspiring singers. Richard trained up the choir and re-wrote the carol for a personalised welcome home to passengers with Deck the Arrivals Halls.

Richard Beadle, Musical Director and Composer, said: “I was amazed by the dedication and talent from the British Airways choir. They really put their all into creating an amazing performance for their customers.

“Working in West End theatre, we are used to training sessions, followed by dress rehearsals, followed by live performances; it’s a very tiring process. Some of the British Airways choir swapped their day-jobs of flying a plane or servicing an aircraft, to performing in this choir, all without breaking a sweat. If any of them fancy a career change, they definitely have a place on my stage!”

Pippa was followed by her colleagues Peter Gentry, Xander Bird, and Vicki Garson who minutes before the rendition had stepped off a flight transforming from cabin crew to star alto.

The live performance begins in the Heathrow Terminal 5 baggage hall as unsuspecting passengers collect their bags. Pippa sings “Deck the halls with boughs of holly, flying home in style to see our kin”. It culminates with the soloists joining their supporting choir in the Arrivals Hall, amongst reuniting families and friends.

This Christmas, 210 British Airways flights will take to the skies on December 25 and 721 flights will operate on New Year’s Eve. The airline will deliver over 1.5 million bags across the network from now until December 27, and not forgetting the 100,000 traditional Christmas dinners that customers will be served up by the award-winning cabin crew. 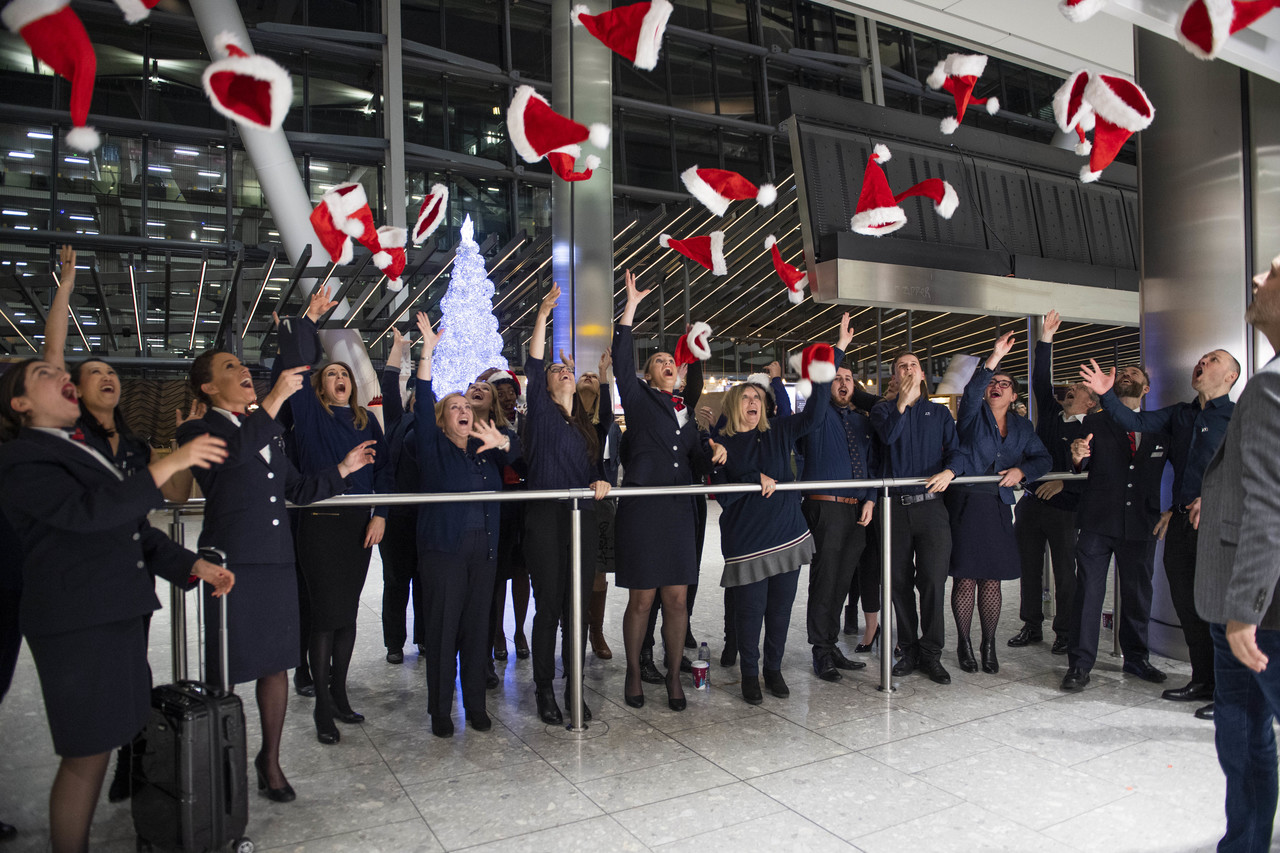 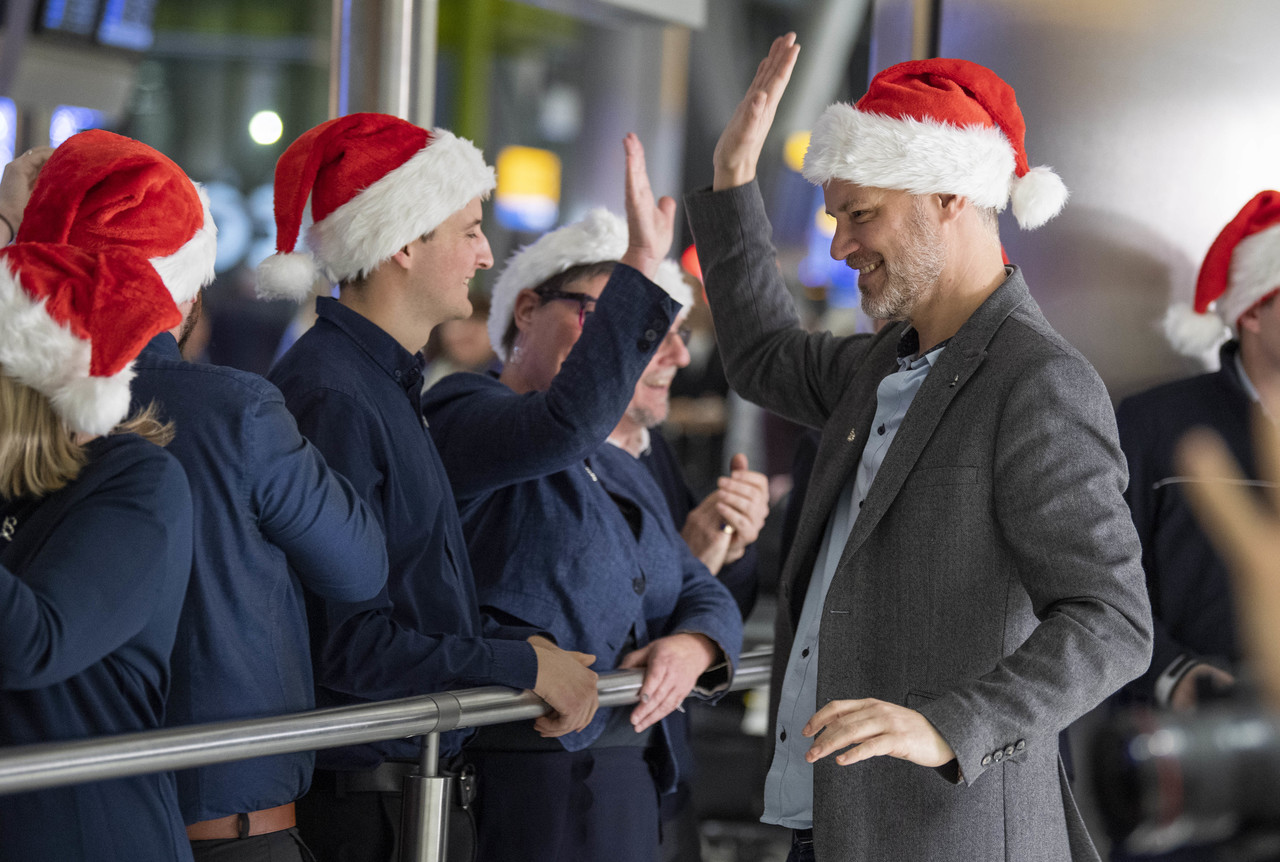