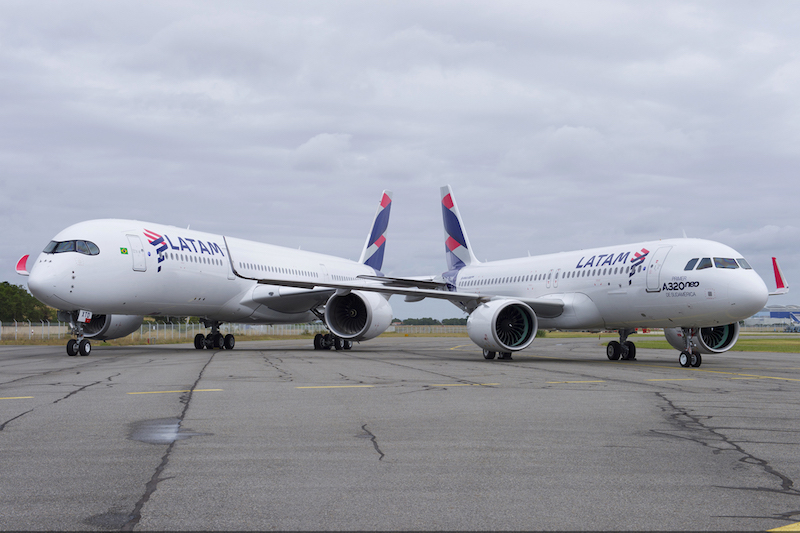 Executives from LATAM and Airbus attended a delivery ceremony, which also marked the delivery of LATAM’s fourth A350 XWB — the first with the airline group’s new brand livery. LATAM was also the Americas’ first A350 XWB operator.

The aircraft is configured in a 174-seat layout with 18” wide seats and equipped with the innovative Space-Flex cabin configuration. LATAM was the first in Latin America to order the A320neo in 2011, shortly after the program was launched. The airline group has a total of 67 A320neo Family aircraft on order.

“We are pleased to offer our passengers the opportunity to fly the first A320neo in the Americas,” said Enrique Cueto, CEO of LATAM Airlines Group.  “The A320 aircraft family has long served an important role in our fleet, supporting the operation of our unrivalled domestic and regional network in Latin America.  With the latest in technology, efficiency and passenger comfort, the A320neo is a welcome addition and will help us to continue to offer one of the most modern and efficient fleets in the industry.”

“Over the years, Airbus and LATAM have grown together to become partners in building today’s dynamic aviation market in Latin America, which is why we are especially proud that the first A320neo in the Americas will be flying in LATAM livery,” said Fabrice Brégier, Airbus President and CEO. “We are certain that this aircraft will complement their existing fleet and further their success in the region.”

The A320neo Family incorporates latest technologies including new generation engines and Sharklet wing tip devices, which together deliver more than 15 percent in fuel savings from day one and 20 percent by 2020

The A320neo Family is the world’s best-selling single aisle product line with over 4,600 orders from 85 customers since its launch in 2010 capturing almost 60 percent share of the market. Thanks to their widest cabin, all members of the A320neo Family offer unmatched comfort in all classes and Airbus’ 18” wide seats in economy as standard. Including LATAM’s A320neo delivered today, 16  A320neo aircraft have been delivered to five customers.