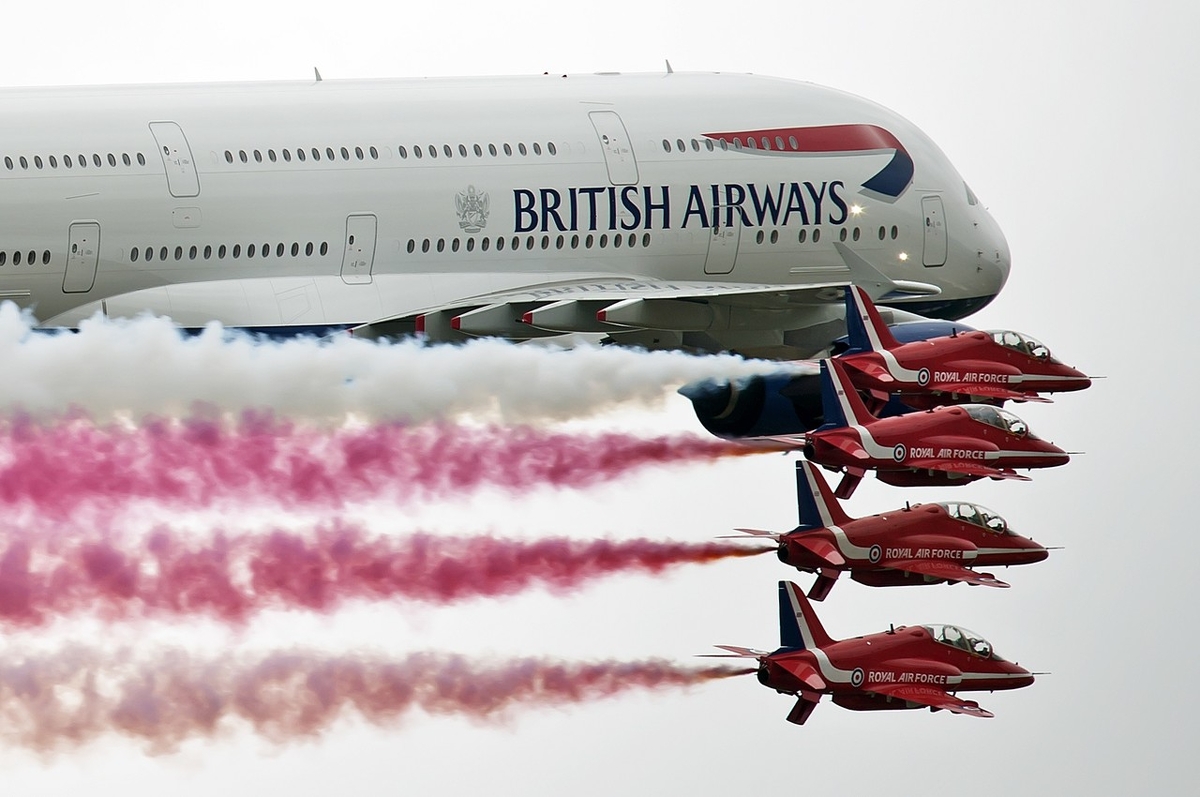 The Red Arrows will join forces with a specially decorated British Airways 747 at the Royal International Air Tattoo on Saturday, July 20.

The special Boeing 747 has been painted in the airline’s predecessor British Overseas Airways Corporation (BOAC) livery to mark British Airways’ centenary this year.

Senior First Officer Tom Perrins will be at the controls, while Captain Richard Allen-Williams will be in command of the aircraft and they will be joined on the flight deck by Captain Simon Scholey and Captain Jonny Lutton.

The aircraft is set to depart Heathrow at 11.10am, then meet the reds above RAF Norton, before they head to the air show over for the fly-past at 12.15pm.

The pilots have been preparing for the joint fly-past and took to the simulators to finalise their route and profile. See how the Red Arrows got on when they swapped their Hawk T1s for a 250-ton jumbo jet below.

Team Leader, Martin Pert, who is Red 1, said: “Given the weight of the aircraft it’s a completely different beast to the hawk so I think we’d need some extra training should we be joining British Airways. We didn’t make a complete mess of the landings, but I don’t think the customers would be too happy. Flying alongside British Airways at RIAT is going to be a hugely pivotal moment for the Red Arrows. It’s two best of British icons, collaborating together at the biggest air show in the UK.”