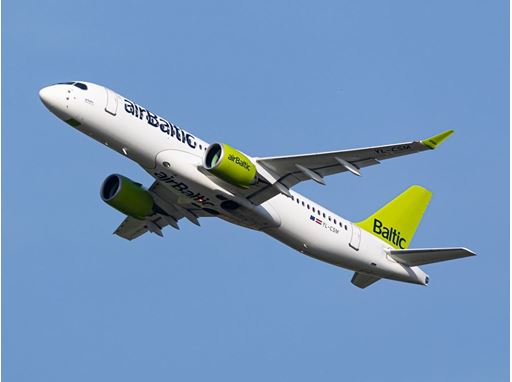 SWISS has agreed a collaboration with Air Baltic of Latvia for the coming winter timetable period. The partnership is intended to further stabilize SWISS’s flight schedules and provide even more reliability for its customers’ travel plans. It should also further ease the present pressures on the company’s cabin personnel. The collaboration envisages Air Baltic operating up to six Airbus A220-300 aircraft on SWISS’s behalf under a wet-lease agreement.

Swiss International Air Lines (SWISS) plans to collaborate with Air Baltic of Latvia in the coming winter timetable period. The collaboration will take the form of a wet-lease agreement (i.e. the lease-in of both aircraft and crew) under which Air Baltic will perform SWISS flights on SWISS’s behalf. The services concerned will be operated by up to six of Air Baltic’s highly advanced and CO2-efficient Airbus A220-300 aircraft, which seat up to 145 passengers. SWISS itself operates 21 such twinjets. The Air Baltic aircraft will perform flights throughout the SWISS European route network which had previously been planned for SWISS’s own operation.

“This collaboration with Air Baltic will enable us to further stabilize our own flight schedules and give our customers even greater reliability for making their travel plans,” explains SWISS Chief Commercial Officer Tamur Goudarzi Pour. “On top of this, it should also help further relieve the present pressures on our cabin crew corps.”

Irrespective of this development, SWISS will continue to steadily recruit and train more of its own cabin personnel. The new collaboration with Air Baltic is also viewed as a complement to SWISS’s existing partnership with Helvetic Airways. On the latter front, in addition to the six Helvetic aircraft already operated all year round on SWISS’s behalf, further Helvetic Airways equipment may also be flexibly deployed on SWISS routes in future to cover peaks in demand.

Travellers taking a SWISS flight operated by Air Baltic can essentially expect the usual SWISS service product. “Air Baltic is an ideal wet-lease partner for us,” confirms SWISS CCO Tamur Goudarzi Pour. “Like us, they operate the highly advanced, innovative and ecofriendly Airbus A220-300. And they have already performed flights for other airlines of the Lufthansa Group this summer with impressive reliability.”