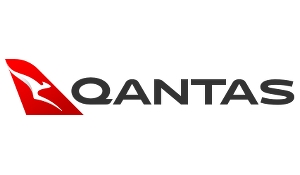 The Qantas Group has announced further cuts to its international flying, reducing capacity by almost a quarter for the next six months. The latest cuts follow the spread of the Coronavirus into Europe and North America over the past fortnight, as well as its continued spread through Asia, which has resulted in a sudden and significant drop in forward travel demand.

Rather than exit routes altogether, Qantas will use smaller aircraft and reduce the frequency of flights to maintain overall connectivity.

This approach results in eight of the airline’s largest aircraft, the Airbus A380, grounded until mid-September. A further two A380s are undergoing scheduled heavy maintenance and cabin upgrades, leaving two of its A380s flying.

The start of Qantas’ new Brisbane-Chicago route will be delayed from 15 April to mid-September.

Jetstar will make significant cuts to its international network, including suspending flights to Bangkok and reducing flights from Australia to Vietnam and Japan by almost half. Jetstar’s daily Gold Coast to Seoul flight was suspended last week.

Domestically, Qantas and Jetstar capacity reductions will be increased from 3 per cent to 5 per cent[1] through to mid-September 2020, in line with broader economic conditions.

The Group is taking decisive action to mitigate the significant adverse impact of Coronavirus on demand, including longer range capacity cuts that improve the business’ ability to reduce costs. However, given the dynamic and uncertain nature of this situation, it is not possible to provide meaningful guidance at this time on the size of that impact on Group earnings for the remainder of FY20.

In line with its Financial Framework the Group is in a strong position, with low debt levels and a long debt maturity profile, $1.9 billion in cash plus a further $1 billion in undrawn facilities and $4.9 billion in unencumbered assets.

To help maintain this position in the face of current uncertainty, the Board has decided to cancel the off-market buyback announced in February, which will preserve $150 million in cash. The interim dividend of 13.5 cents per share will still be paid on 9 April.

In addition to cutting capacity, a number of cost reduction measures will be triggered across the Qantas Group, including:

Announcing the changes, Qantas Group CEO Alan Joyce, said: “In the past fortnight we’ve seen a sharp drop in bookings on our international network as the global coronavirus spread continues.

“We expect lower demand to continue for the next several months, so rather than taking a piecemeal approach we’re cutting capacity out to mid-September. This improves our ability to reduce costs as well as giving more certainty to the market, customers and our people.

“We retain the flexibility to cut further or to put capacity back in as this situation develops.

“The Qantas Group is a strong business in a challenging environment. We have a robust balance sheet, low debt levels and most of our profit comes from the domestic market. We’re in a good position to ride this out, but we need to take steps to maintain this strength.

“When revenue falls you need to cut costs, and reducing the amount of flying we do is the best way for us to do that.

“Less flying means less work for our people, but we know coronavirus will pass and we want to avoid job losses wherever possible. We’re asking our people to use their paid leave and, if they can, consider taking some unpaid leave given we’re flying a lot less.

“Annual management bonuses have been set to zero and the Group Executive team will take a significant pay cut for the rest of this financial year.

“It’s hard to predict how long this situation will last, which is why we’re moving now to make sure we remain well positioned. But we know it will pass, and we’ll be well positioned to take advantage of opportunities when it does.”

Qantas and Jetstar will contact customers affected by these changes in the coming week. Customers who booked via a travel agent (including online travel agents) will be contacted by their agent rather than the airline.

Typically, customers flying internationally will be offered an alternative flight via another capital city or a partner airline, or an alternative day. Disruption to domestic passengers is expected to be minimal given the continued high frequency on most routes.

The latest information will be published on Qantas and Jetstar websites. Customers are encouraged to check this before calling the airline.

To provide customers with greater flexibility and confidence when they book, Qantas and Jetstar will waive change fees for new international bookings made from today until the end of March, if customers change their travel plans[4]. This applies to travel commencing up to 30 June 2020 and is limited to one free change per customer. Customers will need to pay any fare difference.