British Airways is celebrating its centenary year in style with the launch of its own English Sparkling Wine.  Customers will be able to enjoy the bubbles from the award-winning Hattingley Valley from July 1 and raise a toast to the airline’s milestone birthday.

British Airways’ team of wine experts worked with Hattingley Valley’s talented crew of wine makers to create a 2015 Blanc de Noir that will be exclusively available to customers from this summer.

The wine is a Pinot Noir dominant blend that will work perfectly at altitude.  The grapes were hand-harvested and gently pressed, before being bottled at Hattingley Valley’s winery in Hampshire.

Kelly Stevenson, British Airways’ Wine and Beverage Manager, said: “There’s no better, or more British way to toast our milestone year than with an English Sparkling Wine.  We’ve loved working with Hattingley Valley to create something really special for our First customers and this will be the first time we have ever served an English Sparkling Blanc de Noirs on board. This blend will excel at altitude as the notes of red apple skins and light red fruits really shine through.”

The premium sparkling wine will be available exclusively in British Airways’ First cabin as well as the airline’s flagship lounge, The Concorde Room in Heathrow Terminal 5, from July 1. Get a very first taste of the new sparkling at the winery’s Mad Hattingley Tea Party pop-up at TASTE of London in Regents Park from June 19 to June 23.

Emma Rice, Hattingley Valley’s Director, Head Winemaker and Winemaker of the Year in 2014 and 2016, said: “English Sparkling Wine is now incredibly popular around the world so we’re thrilled to have partnered with British Airways to create an exceptional wine that can be enjoyed on the ground and in the air across their network.”

Founded in 2008, family-owned Hattingley Valley specialises in making premium English Sparkling Wine with distinctively rich flavours. A hallmark of their style is fermenting a small proportion of each year’s wine in oak barrels, creating award-winning wines including the Classic Reserve, Rose and Blanc de Blancs.

British Airways has released a series of centenary editions in partnership with British brands during its centenary. The airline has partnered with Scottish craft brewers, BrewDog, who created a transatlantic IPA for customers and Fife-based distillers, InchDairnie have created a limited-edition whisky. British Airways has also teamed up with Marmite, who have created a centenary branded jar. As Marmite is the most confiscated brand at airport security, the travel-sized jar is conveniently sized to fit within the liquid allowance. 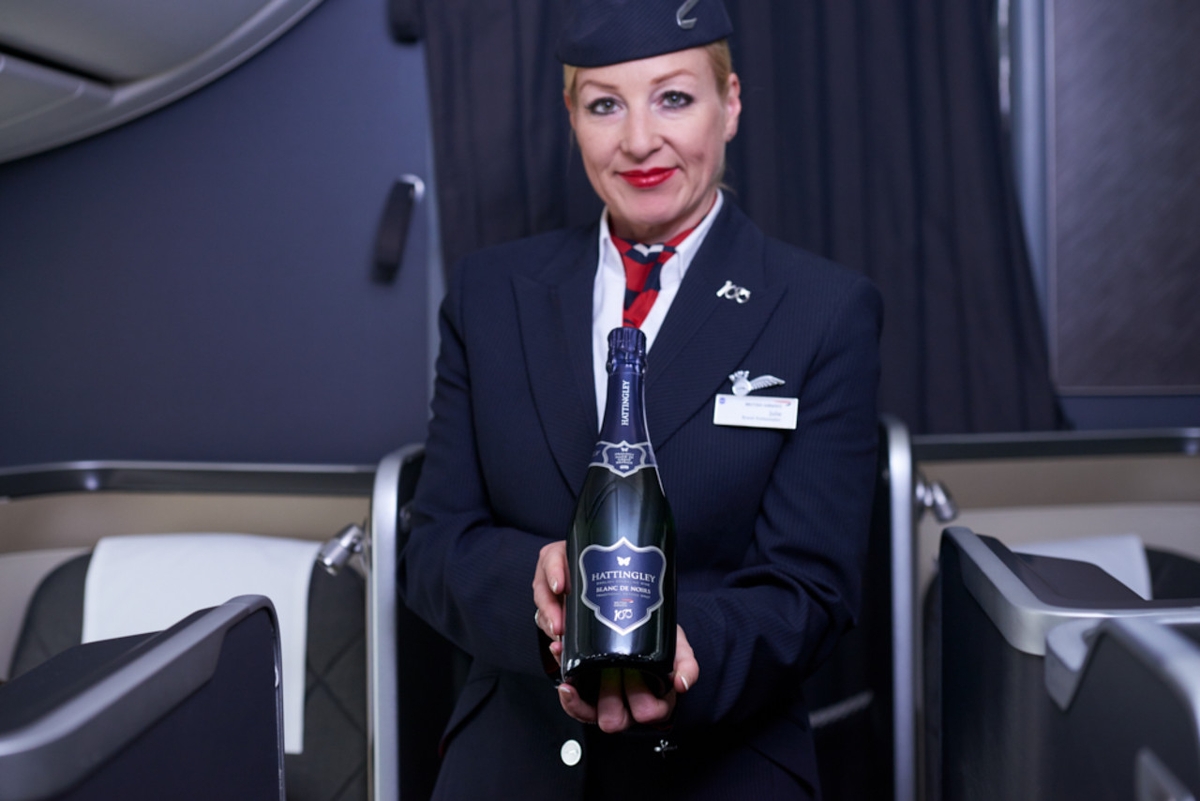 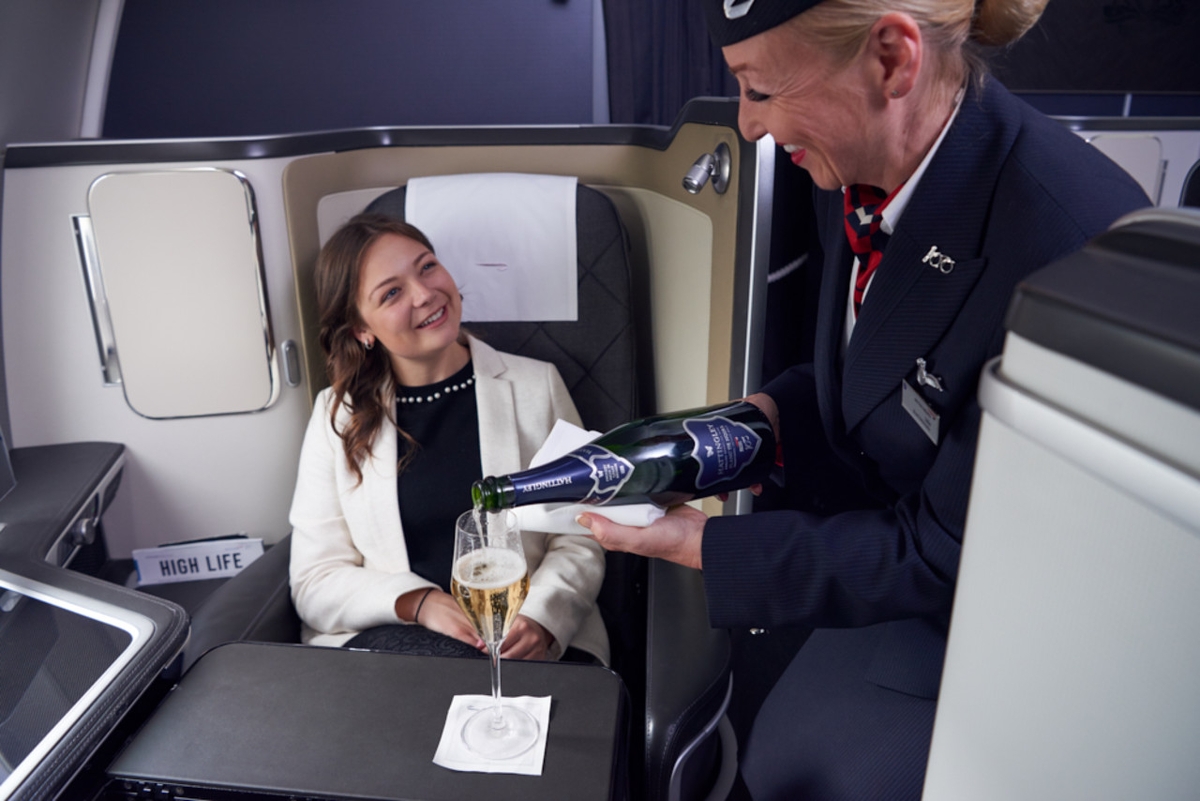 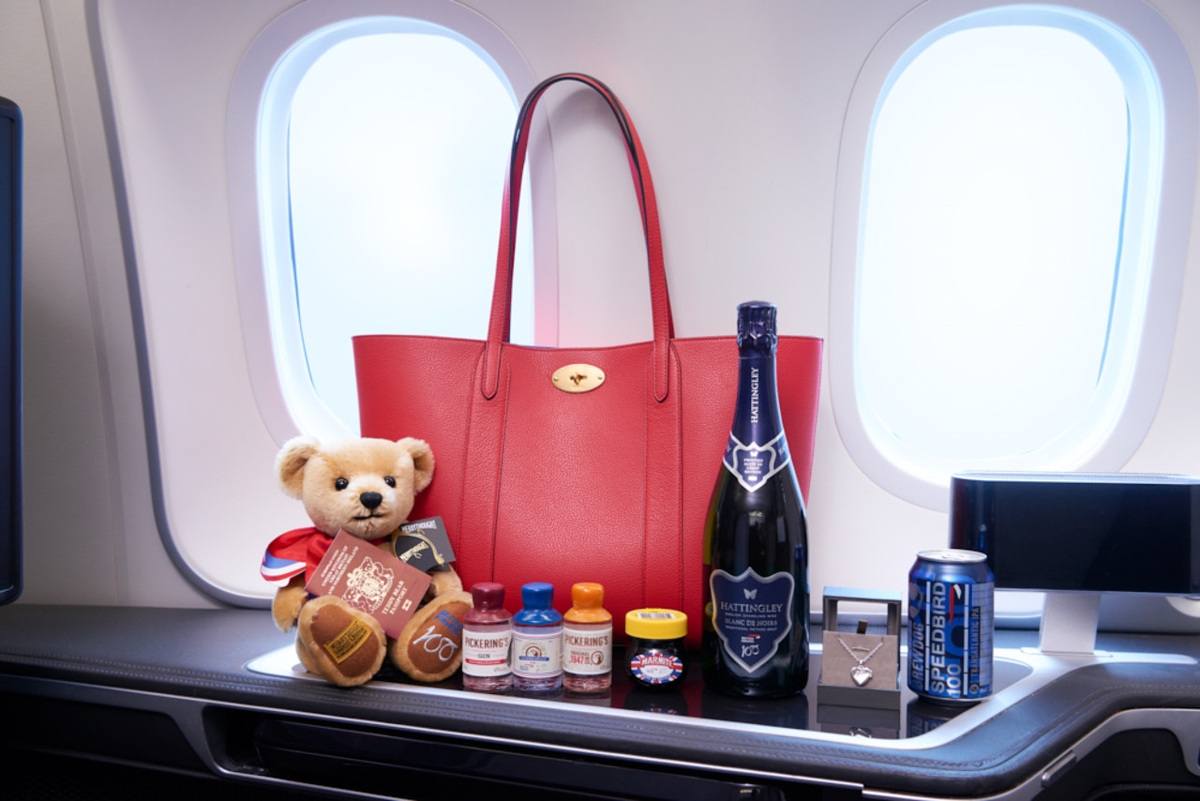