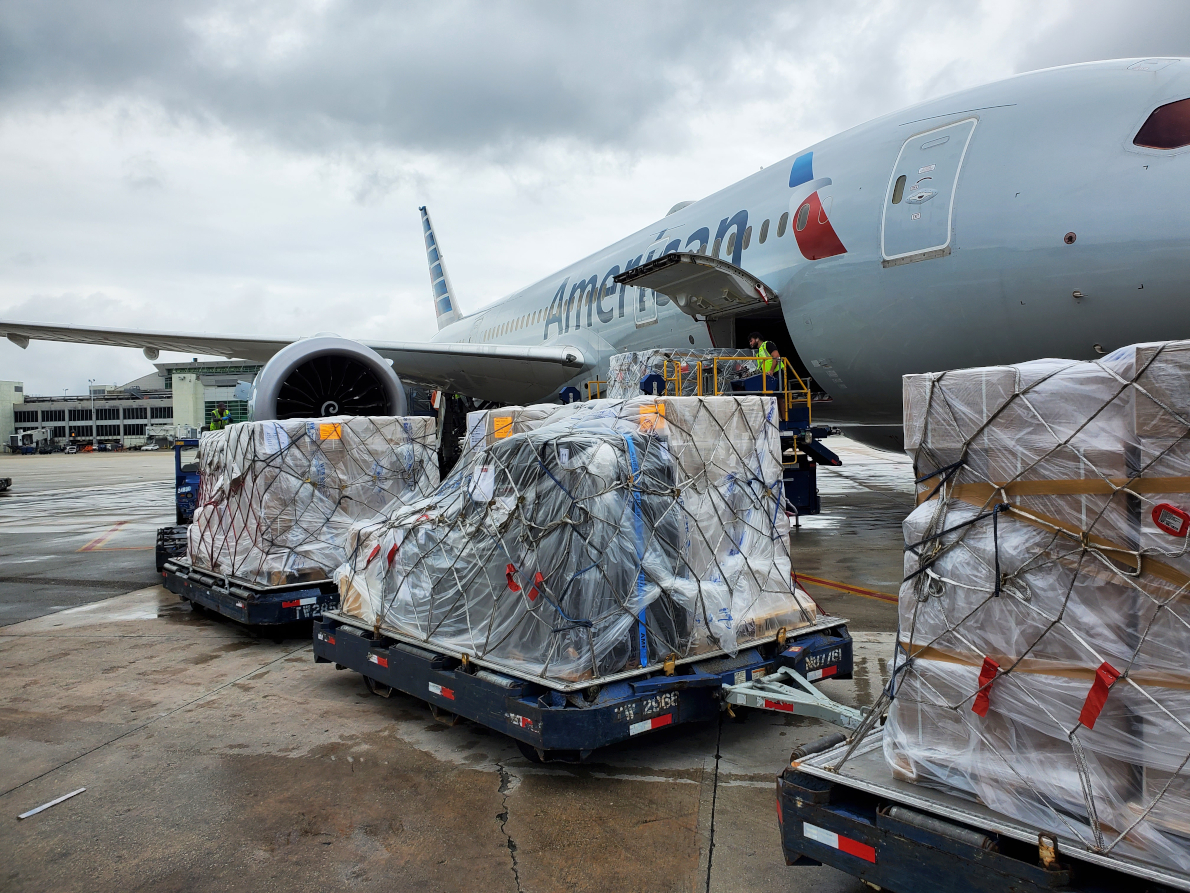 American Airlines Cargo is taking part in a global effort to transport life-saving medical and sanitation supplies to Haiti as the nation struggles to control a deadly cholera outbreak. In partnership with Airlink, a nonprofit humanitarian organization dedicated to bringing critical aid to communities in crisis, American is carrying more than 55 tons of medical supplies from Europe to Miami, where they will be staged for distribution to Haiti.

“We’re proud to partner with Airlink to make a positive impact on the world,” said Greg Schwendinger, President of American Airlines Cargo. “At American, our mission is to care for people on life’s journey, and we are honored to play a role in transporting critical goods to the people and places they are needed most.”

Cholera, which spreads mainly through contaminated food and water, has sickened thousands of people in Haiti since the outbreak began in October 2022. The illness has worsened a humanitarian crisis caused by civil unrest that makes accessing supplies difficult for health care workers in the Caribbean country. American will serve as a vital link in moving personal protective equipment (PPE), clean water filters, nebulizers, blood tubes and other sterile items to help fight the crisis.

American first partnered with Airlink in March 2022 to ship humanitarian aid to those impacted by the conflict in Ukraine. Since then, it has carried nearly 90 tons of life-saving cargo to the region. Through this partnership, American helped transport cargo and relief personnel for 47 different non-profit organizations, supporting humanitarian efforts in 21 different countries.

Last year, American and its customers donated 85 million AAdvantage® miles to Airlink though American’s Miles for Social Good program. So far, the miles have provided travel for 351 relief workers to support social programs around the world.

For more information about American’s Miles for Social Good program and to donate online, visit www.aa.com/letgoodtakeflight.