The words of the French metal band Gojira could soon become a reality if you ever venture into the south-west of France. The first BelugaXL rolled out of Airbus paint shop on June 28, 2018 bearing a custom livery.

Airbus gave it’s new transporter the appearance of a smiling Beluga whale, to honor the animal the plane is named after. It is not quite ready to take off yet, though, as the aircraft is now to be ground tested at  Airbus main facility in Toulouse Blagnac Airport (TLS), France. The maiden flight is planned for the end of July 2018 and the entry into service for 2019.

The BelugaXL program was launched in November 2014 to address the transport and ramp-up capacity requirements for Airbus beyond 2019. “Our program is evolving. Today, the Beluga cannot load two wings of an A350 at the same time. We must send them one by one in the cargo bay, lying at 45 degrees. This doubles our transportation costs,” Bertrand George, director of the Beluga XL told Ouest France. The new oversize air transporter is based on the A330-200 Freighter, with a large reuse of existing components and equipment.

Once in service, Beluga XL will be one of the biggest transportation aircraft in the world, second only to Boeing’s super-transporter Dreamlifter. U.S. manufacturer’s massive beast is used to bring the biggest components of the 787 Dreamliner from supplier factories in Japan and Italy to its final assembly lines in Washington State and South Carolina. 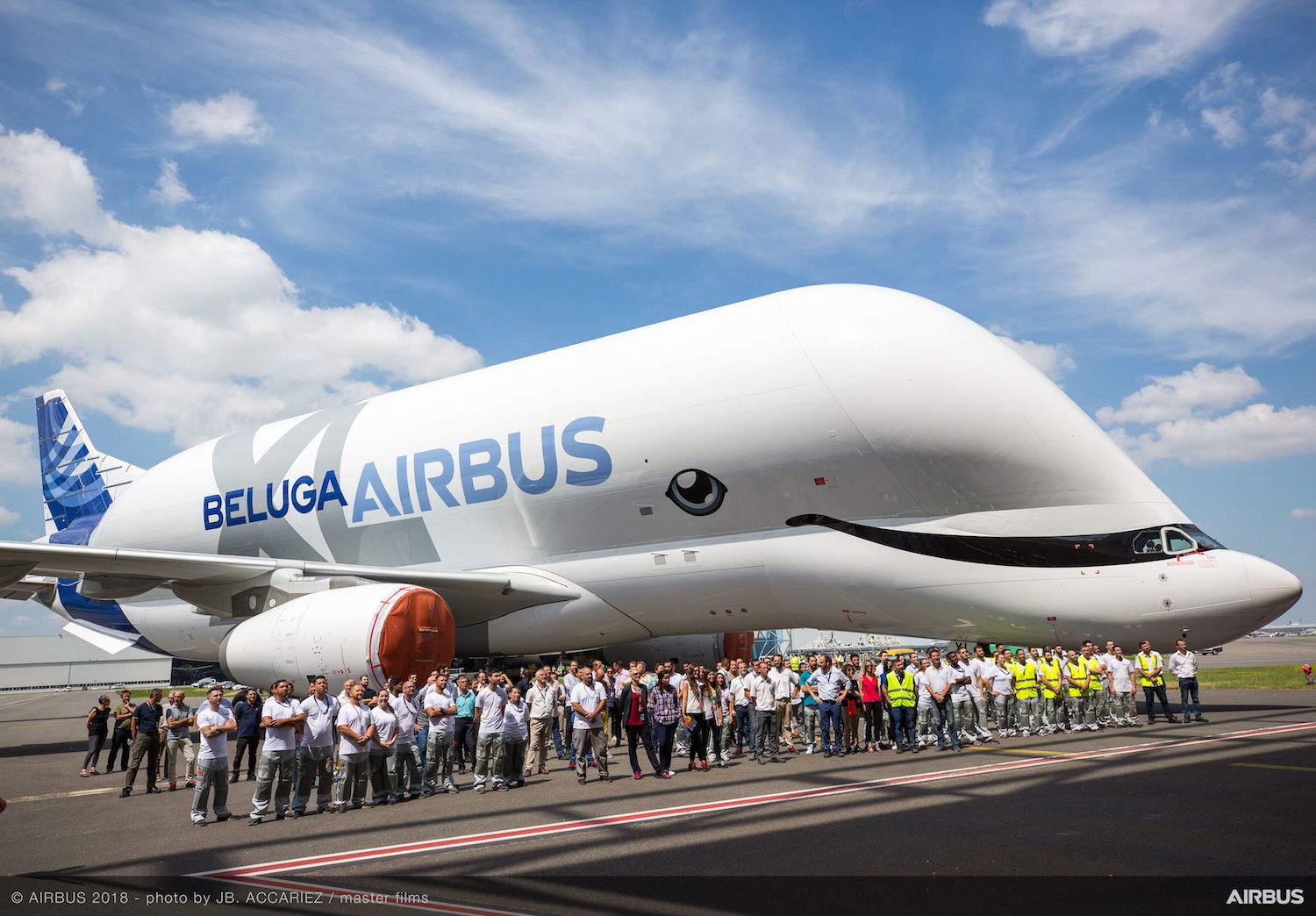