Airbus’ A320 Family production facility in the U.S. will this week deliver its first aircraft partially powered by sustainable jet fuel. The latest A321 for JetBlue is due to depart Mobile on 20 September with 15 percent sustainable jet fuel in its tanks.

In total, five A321 aircraft are due to be delivered to JetBlue from Mobile using sustainable fuel by the end of 2018. All of the fuel will be supplied and certified by Air BP. It will be loaded into the aircraft by Signature Flight Support, Airbus’ fueling services provider in Mobile.

Since May 2016, Airbus has offered customers the option of taking delivery of new aircraft from Toulouse, France, using a blend of sustainable jet fuel. Following the deliveries to JetBlue, Airbus will determine the next steps toward offering this option to more customers taking aircraft deliveries from Mobile. Longer term, Airbus envisions supporting industrial production of sustainable fuels for aviation in the southeastern U.S.

“Our goal is to source sustainable fuels in the southeastern United States. It is an opportunity to work closely with local stakeholders to scale-up production and the commercialization of sustainable aviation fuels in the region,” said Frederic Eychenne, Head of New Energies at Airbus. “We are actively seeking ideas to leverage Airbus’ strategy into opportunities for new economic development in Alabama.”

“This is another example of JetBlue acknowledging that a sustainable future for aviation will require cooperation between all parts of the industry,” said Robin Hayes, Chief Executive Officer, JetBlue. “Renewable jet fuel affirms JetBlue’s belief that we can help define our industry’s future path. Our goal is to serve as a market-maker for renewable jet fuel, creating demand and therefore supporting supply. We’re working closely with Airbus to set up infrastructure for more options in the southeast region.”

Air BP Chief Commercial Officer, Matt Elliott, added: “The airline industry has ambitious carbon reduction targets, which in a growing industry will only be achieved with support from across the entire supply chain. We are working closely with airlines and aircraft manufacturers, such as Airbus, to drive change by promoting and securing the supply of sustainable alternative jet fuel.”

In another commitment to sustainability throughout the aircraft’s lifecycle, Airbus also announced its U.S. Manufacturing Facility in Mobile officially received its ISO 14001 certification. ISO 14001 is a voluntary internationally recognised standard setting out the criteria for an environment management system. The certificate covers activities, products and services of 20 sites across 7 countries, i.e. over 56,000 employees. Airbus was the first aircraft manufacturer to be certified ISO 14001 for all its sites, products and services. 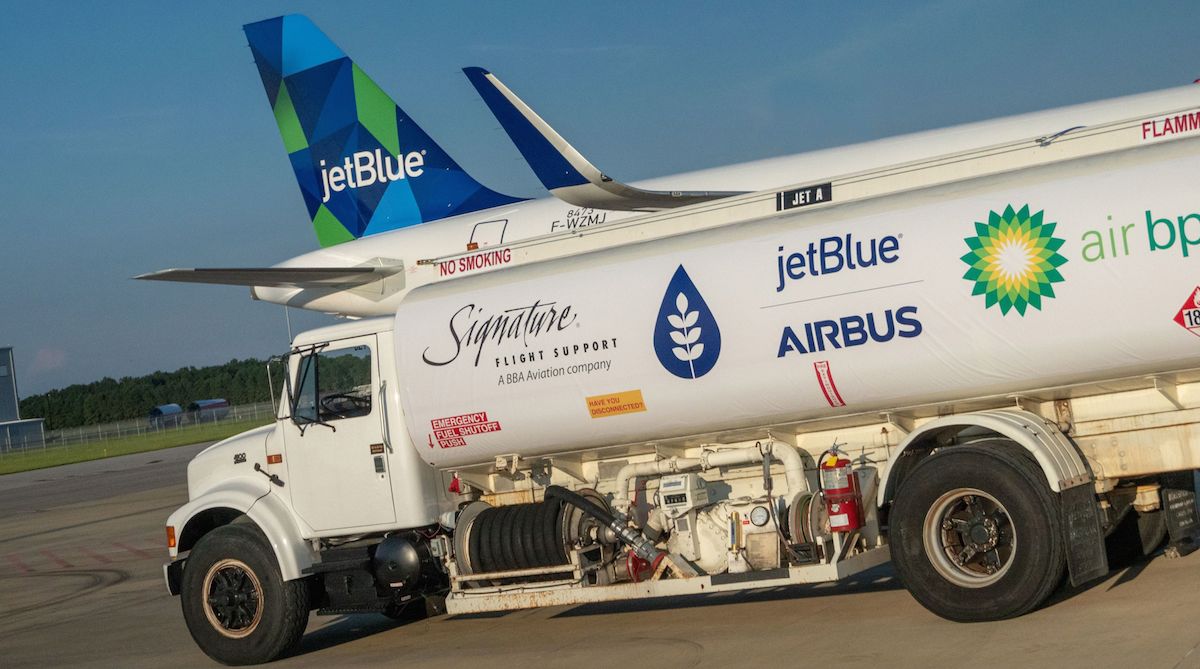