Aerospace Turbine Services & Solutions LLC (TS&S Aerospace), a specialized and leading solutions, maintenance, repair and overhaul (MRO) provider for aircraft engines in the Middle East, announced today that it has inducted its 100th V2500 engine. The announcement was made during MRO Europe, one of Europe’s leading conferences for the aviation industry.  MRO Europe is taking place October 18-20 at RAI Amsterdam, The Netherlands.

The engine is delivered for a full performance restoration on the UAE’s national airline, Etihad Airways, through the comprehensive agreement that both Etihad Airways and TS&S Aerospace have with International Aero Engines, the OEM for the V2500. The induction was accepted by the company’s facility, located at Abu Dhabi International Airport, and reinforces TS&S Aerospace’s commitment as a premier engine MRO service provider for the global aviation sector.

The IAE approved Overhaul Base for TS&S was fully accredited in 2013 and remains the only repair facility in the Middle East and North Africa region. The facility acts both independently as a 3rd Party market supplier as well as a sub-contractor to IAE’s global OEM customers and is approved by key industry regulators including the Federal Aviation Administration (FAA), the European Aviation Safety Agency (EASA) and the UAE General Civil Aviation Authority (GCAA).

Commenting on the milestone, Abdul Khaliq Saeed, CEO at TS&S, said: “We are looking forward to a successful MRO Europe, where many of our industry partners and OEM customers will also be represented. Today’s announcement truly demonstrates the increasing capabilities TS&S has in becoming a world-leading MRO service provider and the trust that our customers are placing in us. The induction of the 100th V2500 engine is a testament to our skilled and talented workforce who have contributed to the continued growth of the TS&S Aerospace facility over the last three years. As we look to expand our capabilities in Abu Dhabi even further, we are supporting the development of the Emirate as a key aviation hub in the region and internationally.”

Since the establishment of TS&S Aerospace, the engine MRO market has remained a key focus, resulting in an increase in in-house capability and the number of repairs performed on the V2500, Trent 700 and GENx engines. 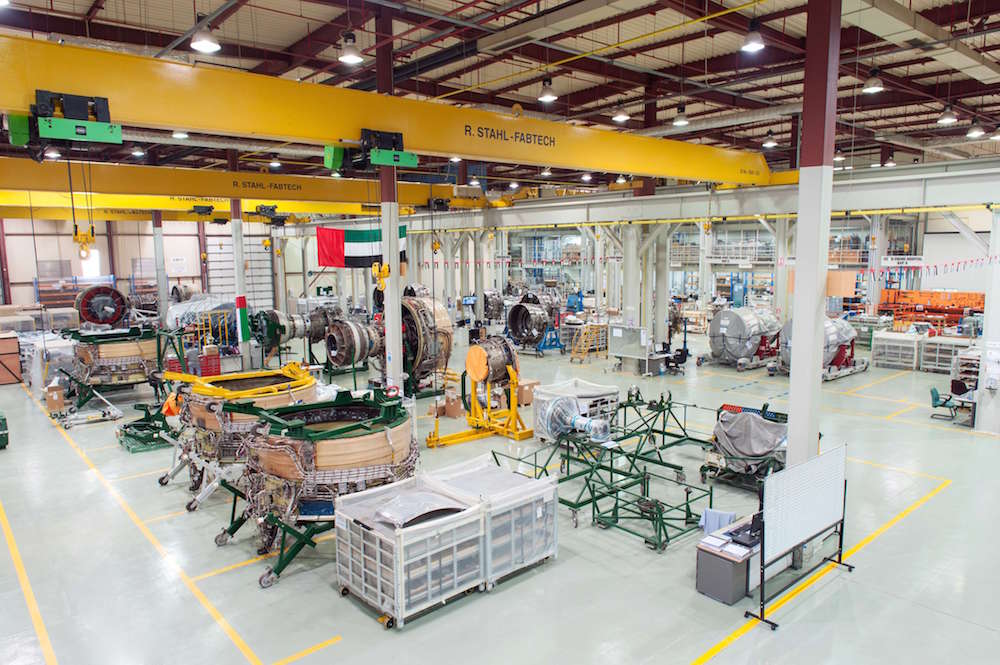