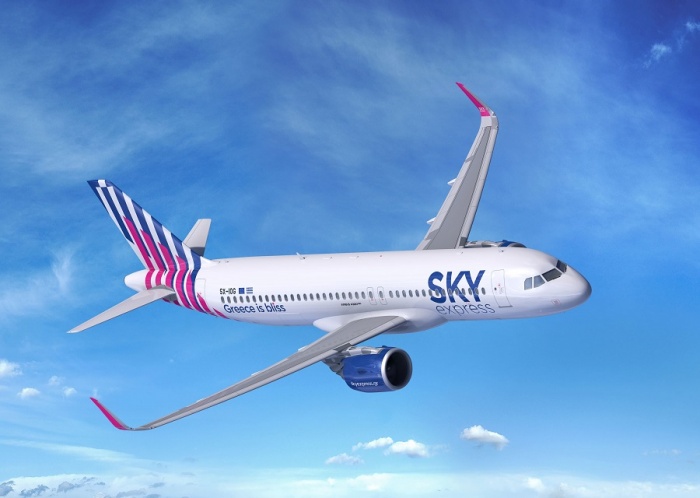 In addition, the Greek airline recently leased two A320neos from ACG Aviation Capital Group and has thus joined a global list of 430 Airbus operators. The airline has selected CFM-International’s Leap-1A engines to power its aircraft.

The owner of Sky Express and head of IOGR group of companies, Ioannis Grylos, said: “Our cooperation with Airbus, through the acquisition of six brand new Α320neo aircrafts, meets our ambition to modernise our fleet and have our company transition to a new era.

“The combination of the most advanced technology along with the fuel efficiency that this type of aircraft offers, are elements that perfectly match the business planning of Sky Express for a contemporary fleet that respects the environment and offers safe and quality services to its passengers.”

Featuring the widest single-aisle cabin in the sky, the A320neo family incorporates the latest technologies, including new generation engines and Sharklets, which together deliver 20 per cent reduced fuel burn as well as 50 per cent less noise compared to previous generation aircraft.

“It is good news that Sky Express has chosen the A320neo to expand its operations and destinations to an international European network.

“This is a bold step for the development of the airline and we are proud to contribute to that with the A320neo allowing for the best performance in terms of fuel burn, carbon emissions and noise as well as featuring a benchmark cabin,” said Airbus chief commercial officer, Christian Scherer.