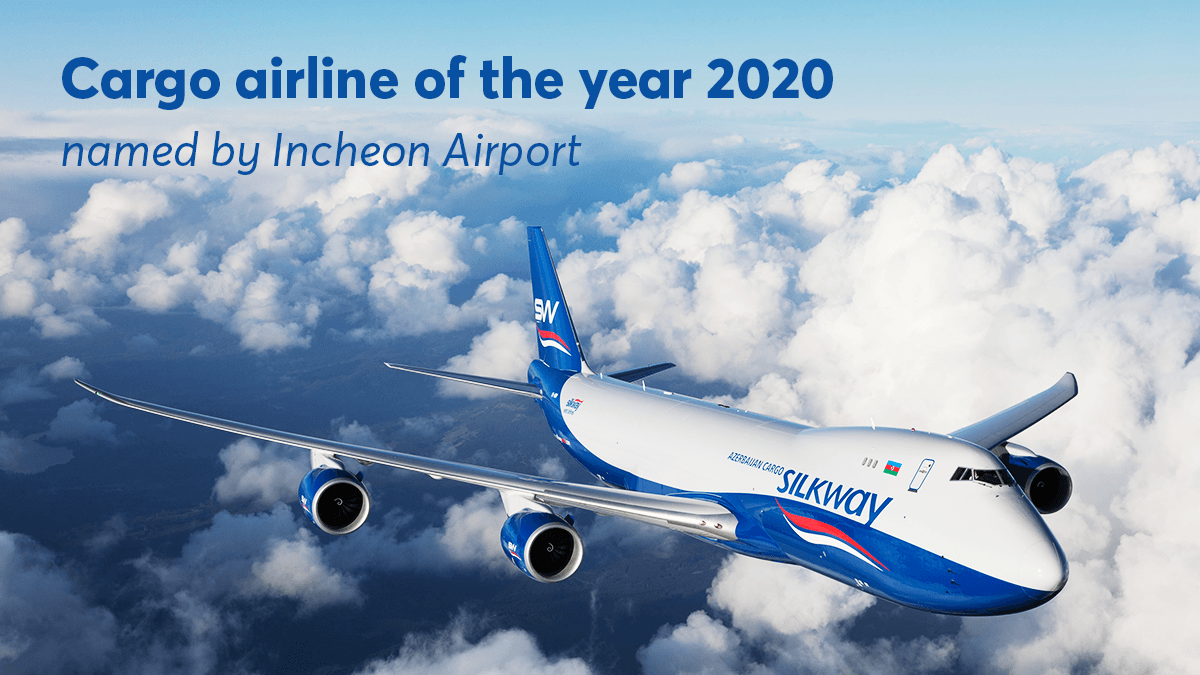 South Korea’s Incheon Airport has honored Silk Way West Airlines with the prestigious ‘’ award, recognizing the company as the best air freighter achieving up to 25,000 tons of international cargo turnover.

The airport’s annual award ceremony is now in its fifth edition, having first been held in 2016. Incheon Airport, located near Seoul, is one of the largest and busiest airports globally. In 2020, it took fourth place at the Skytrax World Airport Awards ranking of the world’s top 10 airports.

Silk Way West Airlines began operations to Incheon Airport in October 2014. Since then, the company has achieved a strong sales performance on its route to this major Korean hub, thanks to an unrivalled focus on operational excellence.

“This success is the result of fantastic cooperation with our partners across the world. We are proud of having received such a prestigious award from one of the world’s largest airports,“ said Kyung-Hwan Kim, Silk Way West Airlines General Manager Korea and Regional Capacity Control Manager.

About Silk Way West Airlines
Founded in 2012 in Baku, at the heart of the Silk Road, Silk Way West Airlines is the largest cargo airline in the Caspian Sea region. Based at Heydar Aliyev International Airport, the airline operates around 300 monthly flights across Europe, Asia, and the Americas via its fleet of 15 dedicated Boeing 747-8F and Boeing 747-400F freighter aircraft. The airline’s annual cargo turnover exceeds 350,000 tons. Recognized by Boeing as having been the fastest-growing airline in terms of fleet size, geographic reach and cargo volume previously, the airline today ranks third in Europe by these three criteria. Airline’s growing route network covers over 50 destinations including Europe, the CIS, the Middle East, and Central and Eastern Asia.