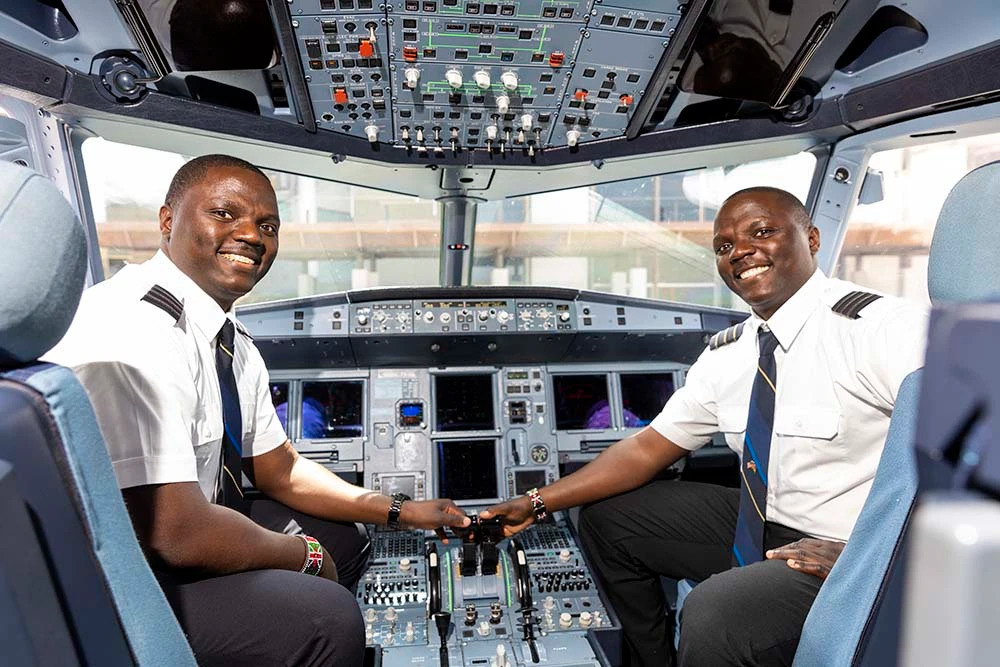 Someday, on an Alaska Airlines flight, you may just find yourself doing a double take when walking by the flight deck. That’s because we just hired a new pilot who happens to be the identical twin brother of another Alaska pilot.

We believe Alex and Alan are our first set of identical twin pilots (but when you’ve been around for 90 years, you can’t be 100% certain). Alan, who just finished simulator training, will be based in San Francisco, while his brother Alex flies out of Los Angeles.

A career – years in the making
The brothers have their parents to thank for their love of aviation. Ever since they were three years old, they would go plane spotting with their dad every Sunday after church. Their mom also brought them along on every business trip where they were bored with everything except the flights. The brothers moved from Kenya to California when they were 13 and brought their love of airplanes with them.

Alan remembers their mom buying them Microsoft Flight Simulator to help support their passion. “After I started playing with the program, that was it. I knew I wanted to do that [fly] for a job,” says Alan.

The path to Alaska
Alaska was the first choice for Alan when he was looking to move on from the regional airlines. Working for the same company as his brother was enticing, but he was also drawn in by the people and company culture, he says.

“When I was working as a fueler, Alaska employees – whether it was pilots or people working across the operation – were always the nicest people who reached out to encourage me,” said Alan.

Alex agrees: “Alaska is like a family – you’re not a number.” He appreciates how employees like Captain Rich, Anchorage base chief pilot remembered him and encouraged him through the interview process.

Sharing the flight deck
Because of the complexity of our operation, it’s not common for pilots who are family members to be able to fly with each other, but that’s the brothers’ goal.

“We’ve never flown together professionally because we’ve always been on different aircraft,” said first officer Alex. “The goal is to have one of us upgrade to captain and be operating the same aircraft so we can fly together.”

When they’re finally able to fly together, there’s one special person who needs to be in the cabin—their mom—who was so instrumental in fostering the brothers’ love of aviation, hasn’t ever flown with one of her sons.

“We have to get her on one of our flights,” said Alex.