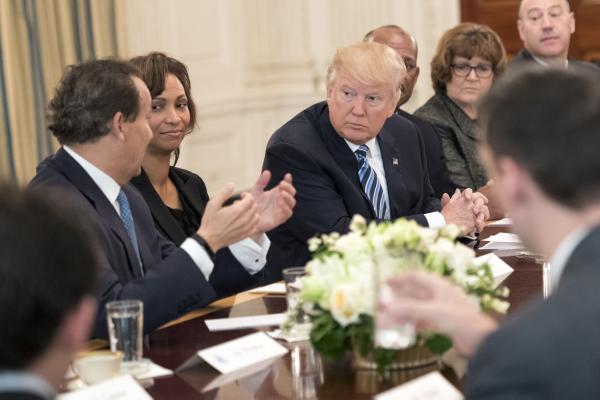 In the meeting with the CEOs of major US airlines and airports on the 9th of February 2017, US President Donald Trump stated his support of the national aviation industry which provides over 10 million jobs. The US airline industry alone employs nearly 700,000 people.

The president noted the competition between US airlines and their foreign counterparts, by saying: “Because I know you have a lot of competition, and a lot of that competition is subsidized by governments, big league.“

Airlines for America (A4A) President and CEO Nicholas E. Calio said: “US airlines are an integral part of our nation’s economy, as millions of Americans depend on safe, affordable and abundant air travel and shipping options each day.”

Regarding the jobs and economic impacts, the Ed Bastian, CEO of Delta, shared: “At Delta, we plan to hire 25,000 people over the next five years with the support of a level playing field globally.”

US aviation is subject to 17 separate federal taxes paid by airlines and their customers. Currently, passengers pay 21% of a one-stop, round-trip domestic ticket in taxes. While the airports want an increase on the Passenger Facility Charge, the President stated that he does not like additional fees.

At the end of the meeting, Trump underlined that he wants the traveling public to have the greatest customer service, with an absolute minimum of delays and with great convenience all at the lowest possible cost.