The Emirates A380 drew in more than 3000 visitors in two days at the first ever Saudi International Airshow. The Emirates A380 was the largest commercial aircraft on display at the milestone event.

The aircraft received a royal visit from HRH Sultan bin Salman, Chairman of the Board of Saudi Space Agency. HRH was received by Adel Al Ghaith, Senior Vice President, Commercial Operations, Gulf, Middle East & Iran for Emirates, who took him through the flagship aircraft’s signature design details and latest onboard products.

The A380 that was on display from 12-13 March was open to both trade visitors and the general public. The Emirates A380 on display featured 14 luxurious First Class suites, 76 flatbed seats in Business Class and 426 spacious seats in Economy Class. Guests also got the chance to see the A380 Shower Spas and OnBoard lounge that were both fully set-up and equipped to portray an authentic inflight experience.

Emirates flies its flagship A380 to 50 destinations around the world, and has flown two one-off missions to Riyadh. The airline currently has 109 A380s in service. 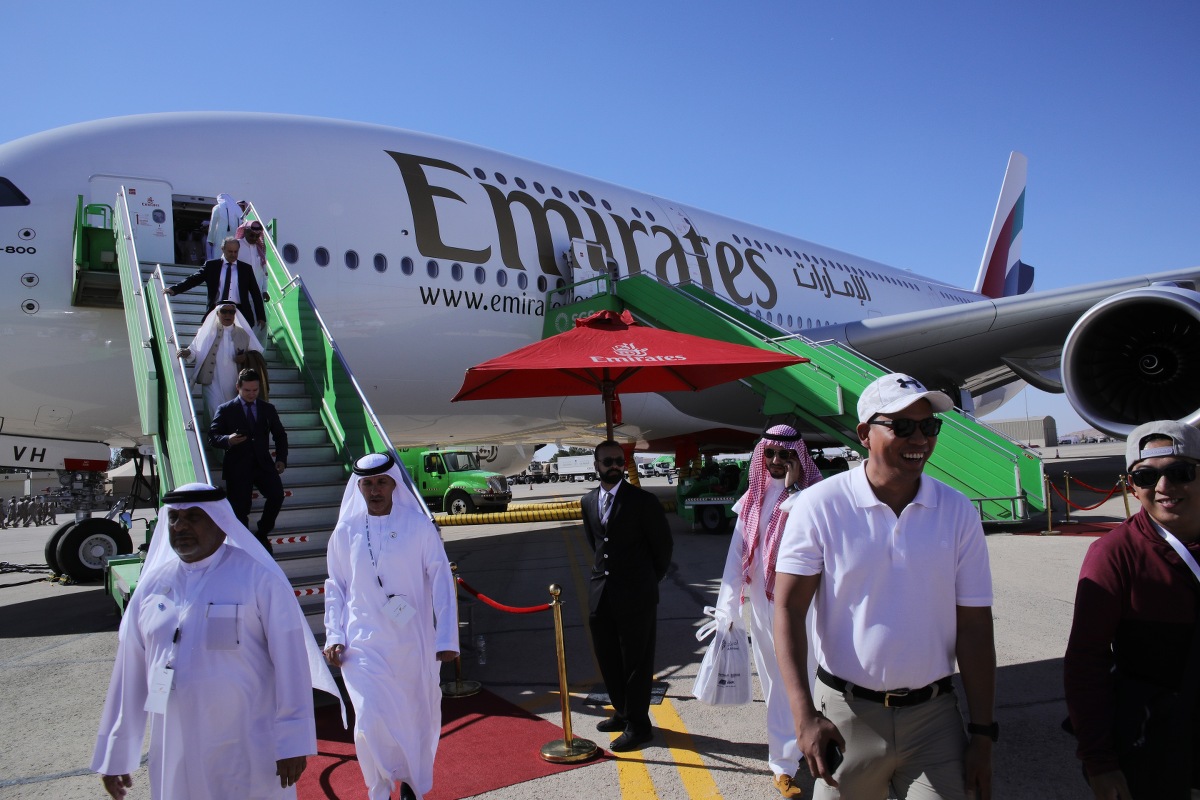 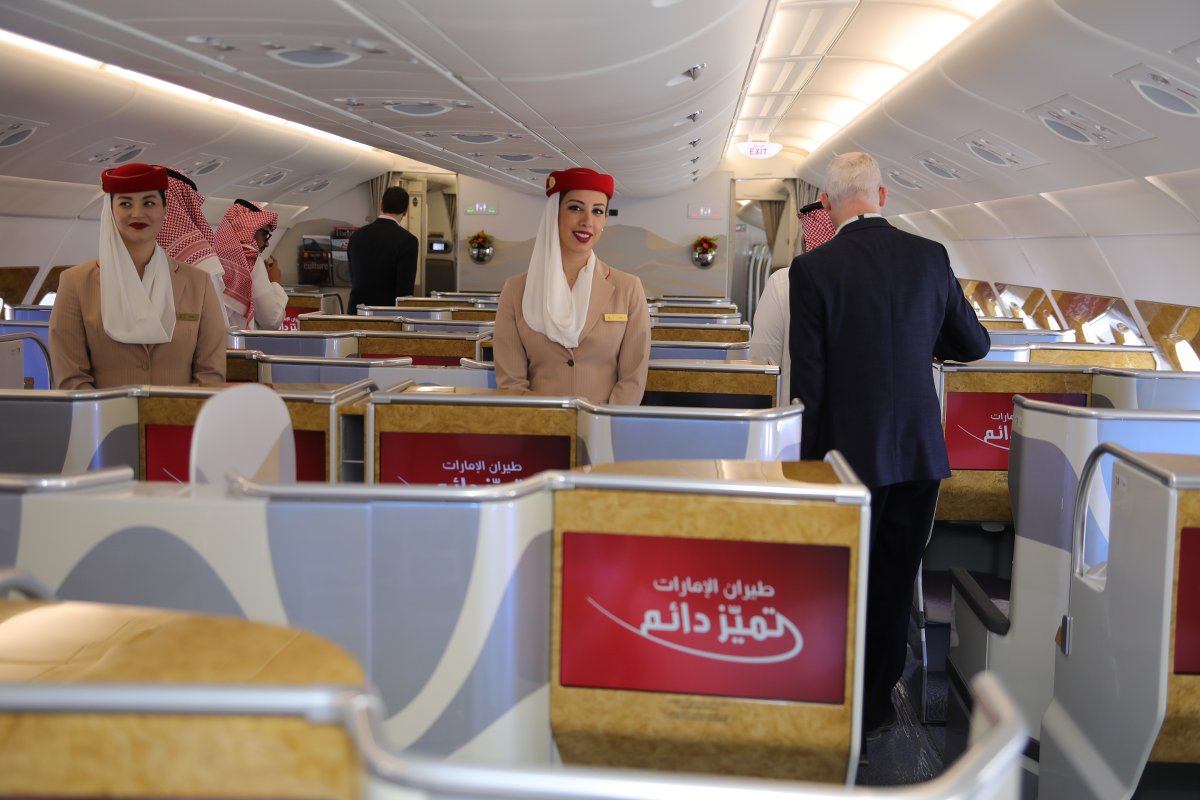