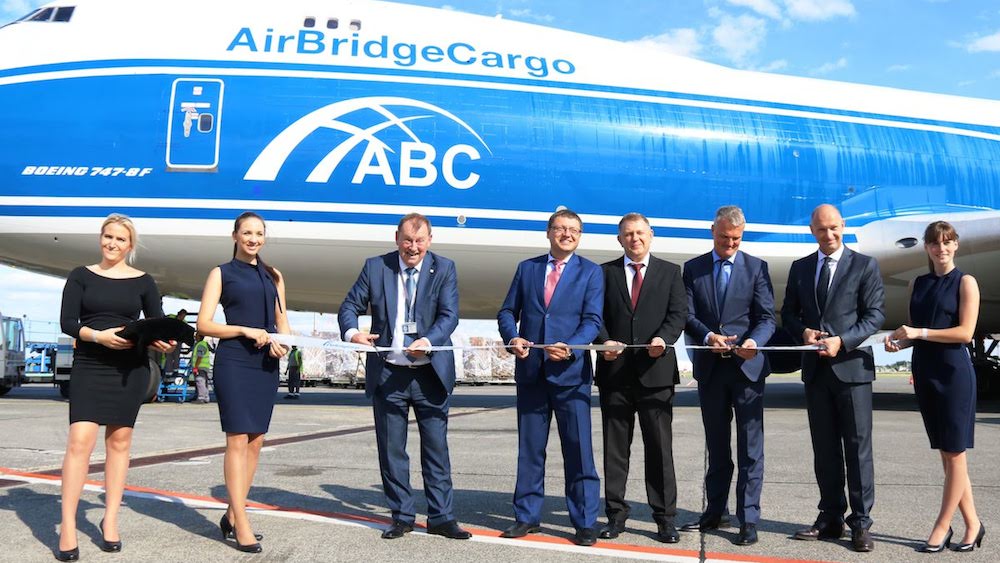 AirBridgeCargo Airlines, one of the world’s leading international cargo carriers, offers a new cargo destination for its European customers with the launch of bi-weekly frequencies to Budapest in the pursuit to accommodate growing volumes between Europe and Asia. The new service, deploying Boeing 747 freighters, adds to the emerging network of destinations AirBridgeCargo currently offers, totaling them to 11.

Both Tuesday and Saturday flights will guarantee up to 139 tons of available capacity, covering the entire cargo catchment area of Budapest, as well as Central and Eastern Europe, and guaranteeing expertise in transportation of all types of cargo.

‘Launching of scheduled operations in Budapest is another example of our commitment to customers with the intention to realign our network in line with market expectations, reviewing existing service portfolios. Budapest has been expanding at a fast clip, upgrading its facilities, infrastructure, and solutions for freighter carriers and following a cargo-friendly strategy. Its advantageous central location in Europe makes Budapest Airport a perfect location for carriers operating between Asia and Europe. On top of this, we foresee an upsurge of e-commerce traffic with swelling demand for internet purchases among European consumers,’ highlighted Sergey Lazarev, General Director, AirBridgeCargo Airlines.

‘On behalf of Budapest Airport we are proud and happy to welcome the new cargo flights of AirBridgeCargo Airlines, one of the fastest developing cargo operators in the top league of freighter airlines in the world,’ said Jost Lammers, CEO of Budapest Airport. He added, ‘Through ABC’s network of more than 30 destinations Hungarian companies producing electronic, automotive, pharmaceutical and other high quality products could reach out to their customers around the world through Moscow. From next year on our cargo partners in Budapest can operate from our brand new Cargo City which will provide 20,000 square meters of warehouse and office space, including for AirBridgeCargo staff.’

Budapest Airport and AirBridgeCargo Airlines have held a launch event to make the Boeing 747 freighter touchdown memorable for all the guests, with representatives from the Hungarian government, the local freight forwarding community, and media specialists. Guests watched offloading procedures live and enjoyed the gala-dinner afterwards as an excellent opportunity for networking.

At the flight launch ceremony Levente Magyar, deputy foreign minister of Hungary has emphasized the role Budapest Airport plays in further developing the aviation connectivity of the country, and praised the fact that AirBridgeCargo has chosen Budapest as its new Central and Eastern European hub for widening its international network. He also pointed out that logistics and transport are traditionally successful areas of the Hungarian economy also due the country’s ideal geographical location.

AirBridgeCargo has been expanding its international route network, leveraging customers’ expectations and providing value-added services, powered by the latest IT technologies for all types of cargo, including pharmaceuticals, oversize and heavy goods, perishables, live animals, and others. At the moment it operates more than 60 weekly flights from Europe, thus boosting outbound traffic and connecting customers to the rest of the world in the most effective manner.