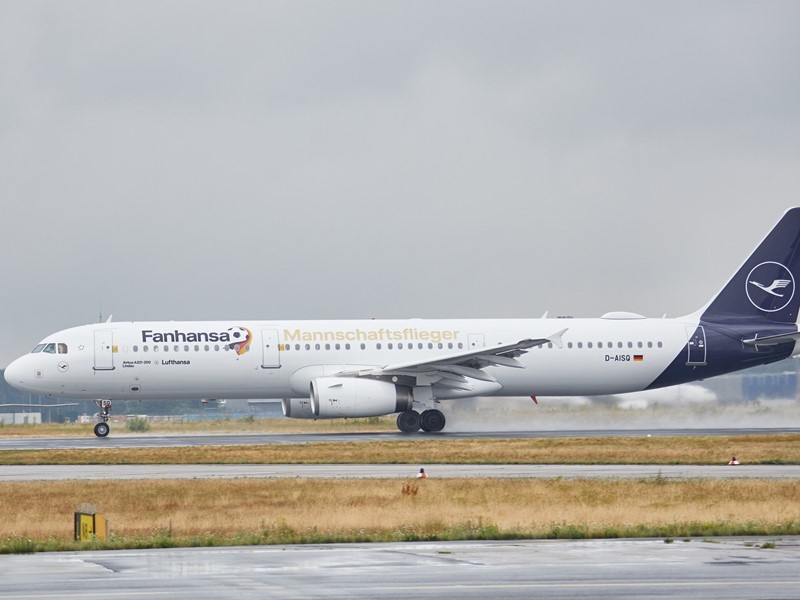 Contract extension until the end of 2022

Lufthansa is continuing its commitment to football and has extended its partnership with the German football association Deutscher Fußball-Bund (DFB) for another four years until 2022. Lufthansa therefore remains an official partner of DFB. As the “official airline”, Lufthansa flies the players, coaches, staff and delegation members of the DFB team to international matches and tournaments. “We are delighted to continue our long-standing and good partnership with DFB. For many years now, it has been a special honor for us to fly the German national team to their major tournaments around the world,” said Markus Binkert, CCO of the Lufthansa Hub Munich and Senior Vice President Marketing. So far, the highlight of the long-standing partnership has been the flight of the Lufthansa “Fanhansa Siegerflieger” returning the national team to Germany from Brazil with the World Cup trophy after their 2014 win.

The contract guarantees Lufthansa extensive rights and marketing services from DFB, especially in the years featuring the European Football Championship and the World Cup, among other things.

Lufthansa has been cooperating with DFB for many years now and also has long-standing partnerships with the German sports aid foundation Stiftung Deutsche Sporthilfe as well as the German Olympic Sports Confederation (DOSB). The company is also a co-sponsor of Germany’s National Paralympic Committee (DBS).