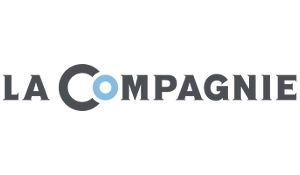 On lease from GECAS, La Compagnie’s A321neo is powered by CFM International LEAP 1A new generation engines and features a business class only cabin with 76 full flat seats, offering passengers unmatched comfort. The cabin also includes a high level of connectivity onboard.

Selected for their outstanding operational efficiency, comfort and range, these new-generation single-aisle aircraft allow the French carrier to benefit from better fuel efficiency and lower operating costs on its transatlantic New York-Paris route.

La Compagnie’s A321neo will be presented on the Airbus static display at the Paris Air Show on 18 June (professional day).

The A320neo and its derivative aircraft family members are the world’s best-selling single aisle aircraft with over 6,500 orders from over 100 customers since its launch in 2010. It has pioneered and incorporated the latest technologies, including its new generation engines and the industry’s reference cabin design, delivering 20 percent fuel cost savings alone. The A320neo also offers significant environmental benefits with nearly a 50 percent reduction in noise footprint compared to previous generation aircraft.