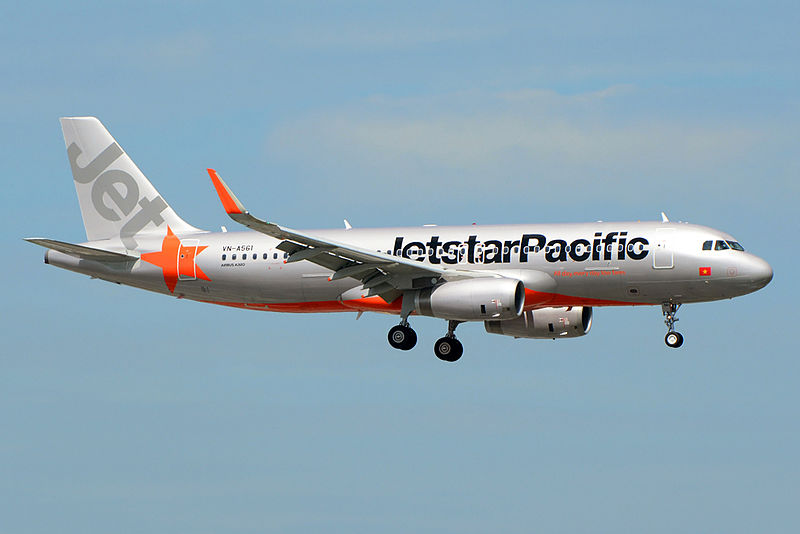 The contract follows an MOU announced earlier this year and was signed in Hanoi by Le Hong Ha, chief executive officer of Jetstar Pacific and Fabrice Brégier, Airbus president. The signing took place during the state visit to Vietnam of François Hollande, president of France, and was witnessed by Hollande and Tran Dai Quang, president of the Socialist Republic of Vietnam.

Based in Ho Chi Minh City, Jetstar Pacific is a joint venture between Vietnam Airlines and the Qantas Group. The order from Jetstar Pacific marks the first direct purchase by the airline from Airbus. The aircraft will join an existing fleet of 12 leased A320 Family aircraft flying with the airline on domestic and regional routes.

“This order is a key milestone for our operation here in Vietnam and beyond,” said Le Hong Ha. “These new aircraft will be used primarily to expand our international network from Vietnam as part of the wider Jetstar Group. “As competition grows in Vietnam, we believe that the A320 and our value-based quality service will place us well to attract a growing share of the market.”

Value-based airline Jetstar Pacific operates a total of 33 domestic and international routes. It is part of the larger Jetstar Group network that connects to more than 75 destinations in 17 countries with 4,000 weekly flights across Jetstar Airways (Australia), Jetstar Japan (Japan), Jetstar Asia (Singapore) and Jetstar Pacific.