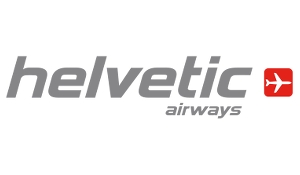 Helvetic Airways of Switzerland put a further Embraer E190-E1 aircraft into operation on Saturday. The latest addition to the Helvetic Airways fleet has been acquired on a leased-in basis.

The further Embraer E190-E1, which bears the registration HB-JVS, left San José (Costa Rica) for its ferry flight to Switzerland on Friday 1 March. After overflying the USA and Canada, the aircraft was flown across the North Atlantic, and arrived at Zurich Airport as scheduled Saturday evening.

The 104-seat aircraft will be deployed on Helvetic Airways’ own flights and on the wet-lease services which Helvetic operates on behalf of Swiss International Air Lines. It will be followed by three further E190-E1 deliveries – registered HB-JVT, HB-JVU and HB-JVV – at roughly monthly intervals. With three Fokker 100 aircraft withdrawn, the new arrivals will ensure the continued strong stability of Helvetic Airways’ flight operations.