Eurowings is playing an active role in the upcoming reorganization of European air traffic. With the opening of a new base in Stockholm, the Lufthansa Group airline is now developing its services in Northern Europe for the first time. Starting in March 2022, Eurowings will initially station five Airbus A320 aircraft in the Swedish capital. Stockholm will thus become the eleventh Eurowings location in Europe – and the fifth base outside the home market of Germany, after Palma de Mallorca, Prague, Pristina, and Salzburg. The flights will be operated by Eurowings Europe, Eurowings’ pan-European flight operation. 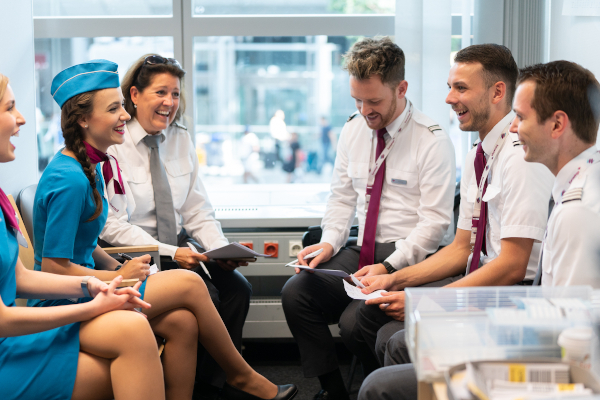 With its increased presence in the “Nordics,” Eurowings is not only creating better connections to Sweden, especially to popular sun destinations in Southern Europe. The move also brings new jobs to the region and thus important employment stimulus for the Scandinavian aviation market.

Eurowings is now launching an initial application process for crews for its new base in Stockholm. In a first step, the airline has advertised around 150 new jobs, about 100 for cabin crews and around 50 for the cockpit. In order to start flight operations, crews from Eurowings Europe in Vienna will initially be deployed from Stockholm starting in March. In the medium term, however, flights will be operated entirely by locally based crews. Crew members already flying for Eurowings Europe will have preferential transfer rights to the Scandinavian metropolis in accordance with internal company regulations.

Robert Jahn, Managing Director of Eurowings Europe, said: “Shortly after opening our base in Prague, we are now delighted to be driving pan-European growth in Northern Europe as well. With the creation of local jobs, I am pleased to welcome more colleagues to the team. In particular, I would also like to encourage internal colleagues to transfer, so that we can carry our Eurowings DNA as an innovative and customer-focused team into the new base right from the start.”

Eurowings will bring its guests directly from Stockholm to around 20 destinations across Europe for the first time from March 27, 2022. The first published routes from Stockholm include popular sun destinations in Southern Europe, such as Palma on the Balearic island of Mallorca, Alicante and Malaga in Spain, Faro in Portugal and Nice in Southern France. As city destinations, Eurowings is initially adding the metropolises of Berlin, Barcelona, Rome, and Copenhagen to its program, as well as Birmingham, Gdansk and the capital of Kosovo, Pristina. Further destinations will follow in the next few weeks. Tickets can be booked at eurowings.com and via the Eurowings app.

To the job offers: