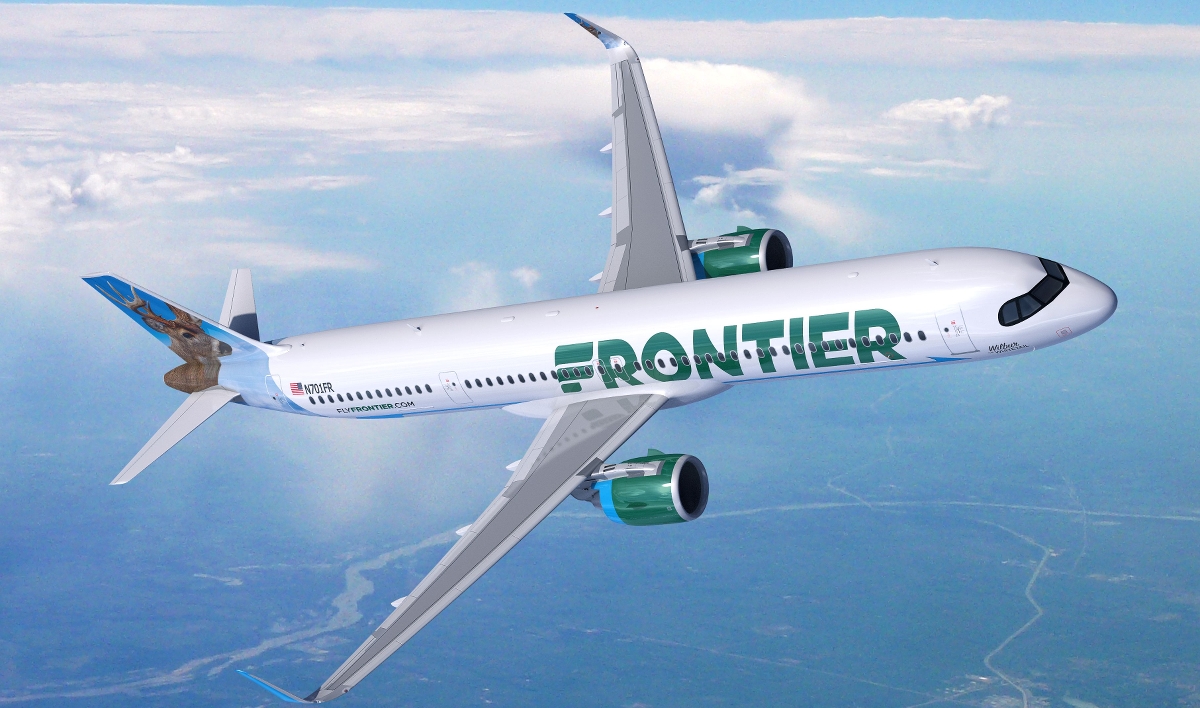 Frontier Airlines have announced its intent to convert 18 Airbus A320neo family aircraft on order to 18 Airbus A321XLR aircraft. The A321XLR is Airbus’ newest addition to the A320 family of aircraft and is the longest-range single-aisle aircraft, with unsurpassed fuel efficiency.

“Today’s announcement marks another milestone in Frontier’s tremendous growth story,” said Barry Biffle, President and CEO of Frontier Airlines. “Our long-standing relationship with Airbus has made Frontier America’s most fuel-efficient airline, with the youngest fleet in the U.S. The A321XLR will enable Frontier to offer coast to coast service and explore exciting international and domestic opportunities, such as Hawaii, while continuing to deliver ‘Low Fares Done Right’ to our customers.”

“Frontier is a leader in the Americas in offering value travel options, and the A321XLR seems a great fit for the airline’s philosophy of ‘Low Fares Done Right,’” said Airbus Chief Commercial Officer Christian Scherer. “The XLR’s long range and increased efficiency mean more route opportunities at lower operating costs for Frontier. We’re proud to provide the platform for their service!”

The addition of these aircraft to the fleet will allow Frontier to grow in new and existing markets and provide even more compelling low fares. It will further improve the carrier’s already industry-leading fuel efficiency and maintain the company’s status of having one of the youngest and most modern fleets in the U.S. Frontier expects to take delivery of its first A321XLR aircraft in 2024.

In 2017, Frontier’s owner, Indigo Partners, made history with the single-largest Airbus order ever made – a 430 aircraft order valued at $49.5 billion list price, of which Frontier will receive a total of 134 aircraft. Frontier currently has more than 175 Airbus A320 family aircraft on order.

Indigo Partners to add 50 A321XLRs to its airline fleets

Indigo Partners and three of its airlines will acquire 50 of the new Airbus A321XLR long-range, single-aisle jetliners. The Memorandum of Understanding includes new orders for 32 A321XLRs and the conversion of 18 existing A320neo family orders.

Twenty of the A321XLRs will be allocated to Wizz Air, 18 to Frontier, and 12 to JetSMART.

Airbus announced the launch of the A321XLR at the Paris Air Show. Derived from the A321neo, the A321XLR is the longest-range single-aisle commercial jetliner ever, capable of flying routes up to 4,700nm with unbeatable fuel efficiency. With a range previously found only in twin-aisle aircraft, A321XLR will enable airlines to exploit new route opportunities with low operating costs, reduced environmental impact, and provide passengers with a comfortable travel experience.