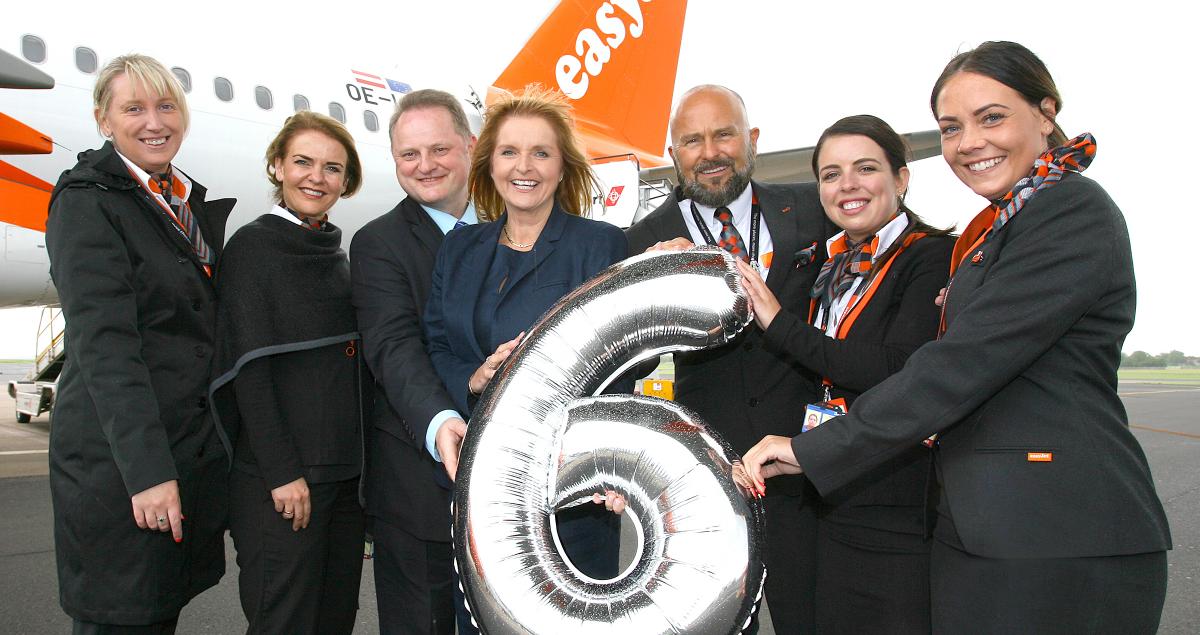 easyJet, Europe’s leading airline, is celebrating a milestone for expansion at its Belfast base today, welcoming a third A320 aircraft – the sixth aircraft to be positioned at the airline’s Northern Ireland base.

The 186-seat aircraft will remain based in Belfast throughout the year and joins three 156-seat Airbus A319 and two 186-seat A320 aircraft serving the airline’s customers in Northern Ireland. Due to the volume of inbound easyJet flights at Belfast International Airport, the addition of this aircraft means that the airline offers capacity equivalent to up to 13 aircraft.

Today also marks the launch of the latest routes to join easyJet’s Belfast network with first flights to the Isle of Man and Venice taking off today, followed by flights to Naples and Valencia which launch tomorrow, 23rd June. The airline now operates up to 624 flights a week across 32 routes and 8% more flights compared to summer 2017.

Ali Gayward, easyJet’s UK Country Manager, said:
“We are absolutely delighted to be celebrating further expansion at Belfast Airport. The addition of another aircraft and even more routes will help us to deliver long term, sustainable growth at the base providing passengers with a greater range of destinations, all with low fares and great service. “easyJet is the largest airline in Northern Ireland and we are proud to have carried over 55 million passengers in that time.”

For more information about the new flights or easyJet’s network from Belfast visit www.easyJet.com