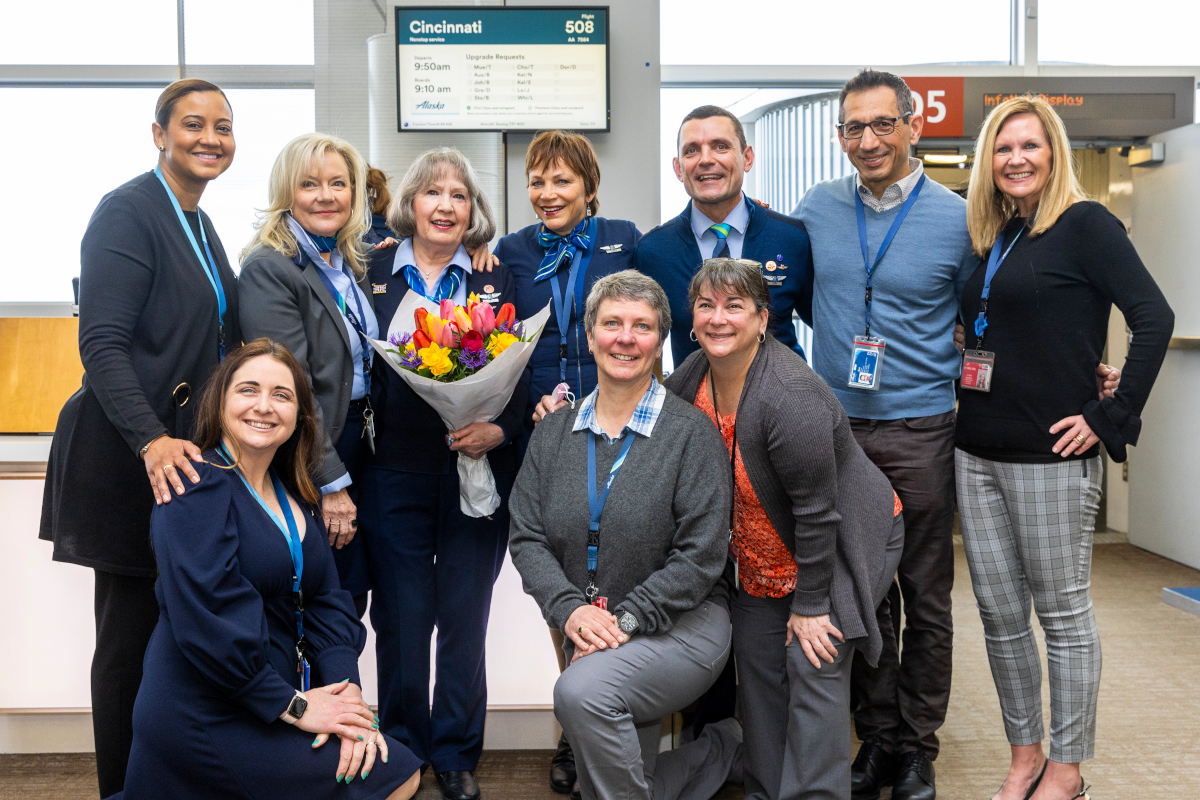 Yesterday was International Flight Attendant Day—a day where we collectively tip our hats to our flight attendants with awe and appreciation for all that you do, every flight, every day to ensure safety and care for our guests. And what better way to honor our inflight team than to celebrate four incredible women who have each spent over 50 years in the skies for Alaska Airlines. Here’s their story.

It was 1967—the year of the mini skirt, gas was 33 cents a gallon, McDonalds introduced the Big Mac, Paul Newman was the national hunk and Carole joined the company as a flight attendant.

Having answered an ad, Carole showed up at the Swept Wing Inn, a motel near Sea-Tac, for what at the time was the largest class ever of new flight attendants: 12. The aircraft they were training on was the Boeing 727. Alaska had just acquired it. Sleek, fast, Carole called it the “Cadillac of the skies.”

Five years later, in 1972, three other trailblazers joined the company — Denise, Vicky and Linda. They were to begin a grand adventure, flying on dozens of different aircraft, wearing multiple new uniforms (all the latest fashion) and inaugurating hundreds of new cities during their careers at Alaska.

It was so grand that when Carole got her 55-year pin this month, and Denise, Vicky and Linda their 50-year pins, they wondered how time had flown so fast.  Reaching over 50 years of service is something very few employees at Alaska Airlines have ever done.  Carole is the longest-serving flight attendant in company history. She’s been with the airline for over half of our 90 years.