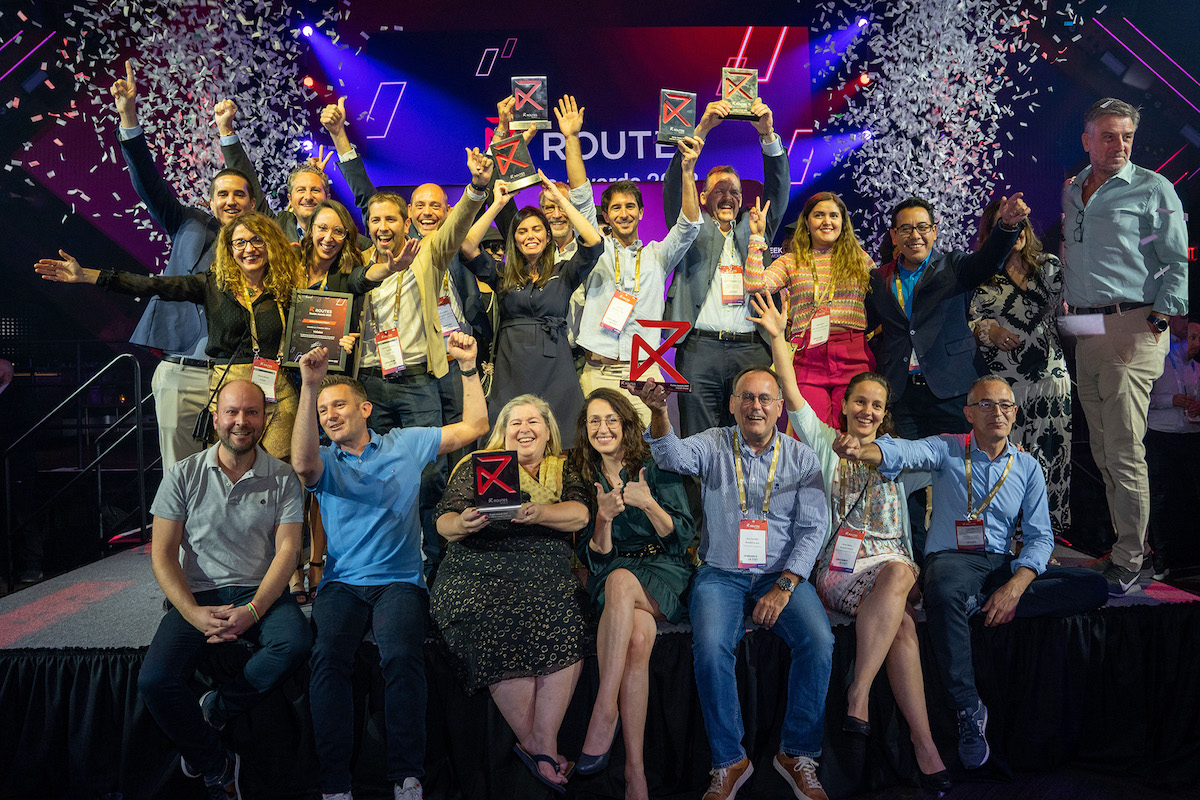 Brussels Airport has been crowned the Overall Winner of this year’s Routes Awards. The awards are highly regarded in the aviation industry for recognising marketing services that support new and existing air services, as well as excellence and innovation in the route development community.

Located in the most competitive region of Europe, Brussels Airport launched a new Corporate Strategy this year – where hub performance remains its core focus through connectivity and intermodality, punctuality, efficiency and reliability, and customer experience. By working closely with tourism and investment agencies, Brussels Airport have developed new tourism flows to the region and established new direct flights.

Upon winning the award, Léon Verhallen, Director Aviation Development, Brussels Airport said: “We are delighted that our strategy of ‘have seats, will travel’ is highly appreciated by our airlines. We launched new ways of working during the pandemic and successfully launched new initiatives to rebuild the network and regain passenger traffic. Eight new airlines, 16 new destinations, and a passenger traffic recovery up to 82% of traffic in August 2022 are clear evidence of the success of Brussels Airport in our very competitive catchment area.”

In the Under 5 Million Passenger Category, Albrecht Durer Airport Nuremberg (NUE) was named the winner. While recovering from the pandemic has presented an enormous challenge for the entire aviation industry, NUE has achieved this in record speed. The passenger volume for the 2022 summer is now 101 percent of what it was in 2019. Over 20 new destinations have been added to the schedule since 2019, including landmark routes such as Dublin and Valencia.

Athens International Airport, winner of the 10-17.5 Million Passenger Category, is regaining its position as the hub for one of the fastest growing and dynamic aviation and tourism markets worldwide. In the last year, 18 markets have demonstrated spectacular growth in foreign visitor arrivals with nearly 40% of these markets already surpassing 2019 levels.

The winner of the Over 17.5 Million Passenger Category, Cancun Airport, was the second busiest destination worldwide in international arrivals in 2021. The airport’s recovery was one of the swiftest in the industry with 48 new routes being added to the schedule last year. Co-ordinated efforts with the Quintana Roo Tourism Board meant that the airport has welcomed several new airlines to their portfolio including KLM, TAP, Austrian, Level and Viva Air.

Cape Town Air Access were named the winner of the destination category. After only reaching 31% international passenger recovery in 2020 and 20% in 2021, CPT reached a year-to-date recovery of 65%, with July 2022 reaching 87% of 2019 levels. The establishment of new routes to unserved destinations remains a keen focus for Cape Town Air Access, however, following the COVID-19 pandemic, the consolidation of capacity through route retention and expansion has become equally important. To bolster this, CTAA plays a direct role in domestic network development and positioning and unlocking Cape Town’s air cargo potential.

Volotea secured the Airline Award. For the full year of 2020, Volotea opened more than 100 new routes. Having transitioned to a 100% Airbus fleet, Volotea have been able to capitalize on the strategic and operational advantages with their airport partners. In 2022, Volotea have grown their capacity by 30% compared to 2019, now offering over 10.4 million seats.

Laura Faucon, Route Development Manager, Groupe ADP was the presented the Rising Star Award. In Faucon’s current role, she develops emerging destinations in non-liberal environments. Having previously worked at Virgin Atlantic as a Network Planning Analyst, Faucon received a significant number of wider industry endorsements testifying to the impact she has had to date in the industry.

The Individual Leadership Award was won by João Pita, CCO of São Paulo/Guarulhos Airport (GRU). Upon winning the award Pita said: “This is a very special moment for me. To be named among the best in the industry is a unique feeling. This is an individual award but only possible due to the amazing crew that I have the pleasure to lead at GRU Airport. What they do every day under challenging conditions makes it seem easy. This award is for them. We do nothing alone. Together we can do everything.”

ABOUT ROUTES
The Routes business is focused entirely on aviation route development and the company’s portfolio includes events, media and online businesses.

The company organises and operates world-renowned airline and airport networking events through its regional and World Route Development Forums. They are held in key markets throughout the year in Asia, Europe and the Americas.

These events are supported by the online platform for air service development, Routes 360, which provides airports with the ability to promote their market opportunities and acts as the airline industry’s central source of market data and route development information.