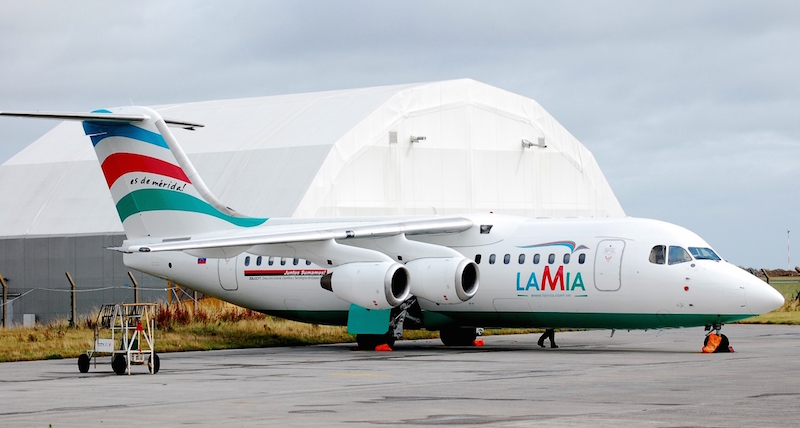 On the 1st of December, Bolivian authorities announced suspending the operator’s license of LaMia, a local charter carrier after the fatal crash that happened on the 28th of November, most possibly due to insufficient fuel.

The crash that happened in close proximity to Medellin, Colombia, resulted in 71 deaths, with only six survivors. Among the casualties were most of Brazilian football club Chapecoense players that were travelling to Colombia for the finals of Copa Sudamericana.

According to a pre-crash transmission recording, the pilot of the chartered plane carrying Brazilian football club Chapecoense announced that the plane was running out of fuel.

Besides the recording, another piece of evidence (or rather lack thereof) is the absence of fuel traces at the crash site. It is quite common for aircraft to explode upon impact, which did not happen with that plane. The fact that the fuel tanks were empty might be the reason why six people survived the crash.

As of November of 2016, LaMia had a fleet of two Avro RJ85 planes. The airline was found in 2015 on the ashes of unsuccessful Venezuelan airline with the same name. Prior to suspension, the Bolivian LaMia was targeting mining companies, travel agencies and football teams, including the national teams of Venezuela, Bolivia and Argentina.