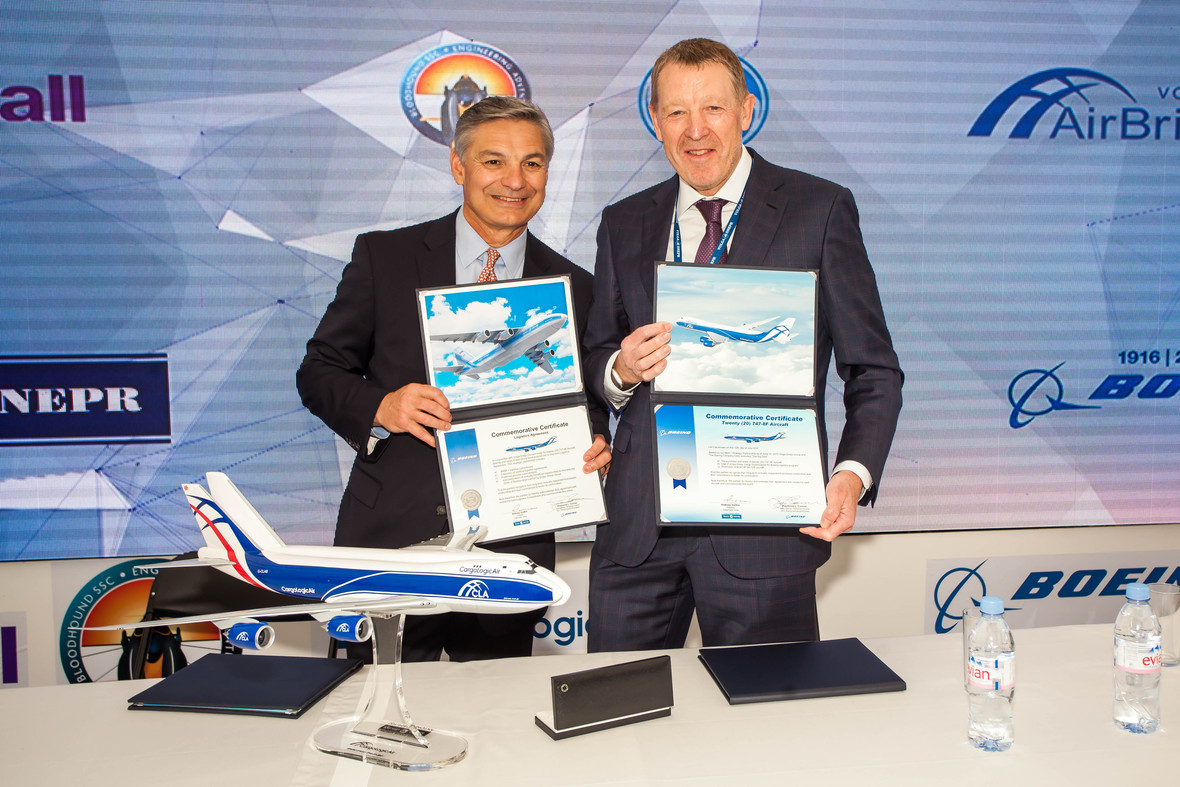 Agreement also confirms the acquisition of 20 747-8 Freighters to grow and upgrade fleet.

Boeing and Volga-Dnepr Group, a leader in transportation of unique, outsize and heavy cargo, have signed an agreement for the Group’s subsidiaries AirBridgeCargo Airlines and Volga-Dnepr Airlines to provide long-term logistics support for Boeing Commercial Airplanes and its partners using Boeing 747-8F and Antonov 124-100 freighters.

The agreement further strengthens the long and successful cooperation between the two companies. In addition, Boeing and Volga-Dnepr Group announced today at Farnborough International Airshow 2016 that they have finalized terms for the acquisition of 20 747-8 Freighters, which includes 4 aircraft that have already been delivered.

Alexey Isaykin, President of Volga-Dnepr Group, said: “Volga-Dnepr intends to provide strong evidence to the market that the unique An-124 and Boeing 747-8 four-engine freighters are still essential to serve the fast-changing requirements of our customers worldwide. The most obvious proof of this is the high demand for Boeing 747-8 and Аn-124 freighters from customers in the Aerospace industry, which today represents 30% of our overall operations. This is the reason we continue to be so committed to the future of these glorious aircraft and why we are signing long-term agreements with Boeing and General Electric in the Cargo Village at Farnborough.”

Volga-Dnepr Group was the first to order the Boeing 747-8 Freighter in Russia and took delivery of its first 747-8 Freighter in 2012. The newly-ordered aircraft will support Volga-Dnepr’s long-term strategy to grow AirBridgeCargo’s fleet and replace current 747-400s. They will be acquired through a mix of direct purchases and leasing over the next six years.

The newly-delivered 747-8 Freighter on display in the Cargo Village at Farnborough will be operated by CargoLogicAir, the new British cargo airline, which is a partner of Volga-Dnepr Group.

“Volga-Dnepr Group is a world-class cargo carrier and an outstanding service provider,” said Boeing Commercial Airplanes President and CEO Ray Conner. “Boeing and Volga-Dnepr Group have a long history of successful partnership and I am very proud we can continue this journey together.”

Volga-Dnepr Group is the world leader in the unique, oversize and heavy cargo market and has represented the Russian airfreight industry in the international market since 1990. The Group, which includes three leading Russian all-cargo carriers – Volga-Dnepr Airlines, AirBridgeCargo Airlines and Atran Airlines – has a multinational team based in 15 countries. Volga-Dnepr is currently operating 12 Antonov 124-100, 5 IL-76TD-90VD, 15 Boeing 747s (seven Boeing 747-400F and eight Boeing 747-8F freighters) and three Boeing 737-400F.