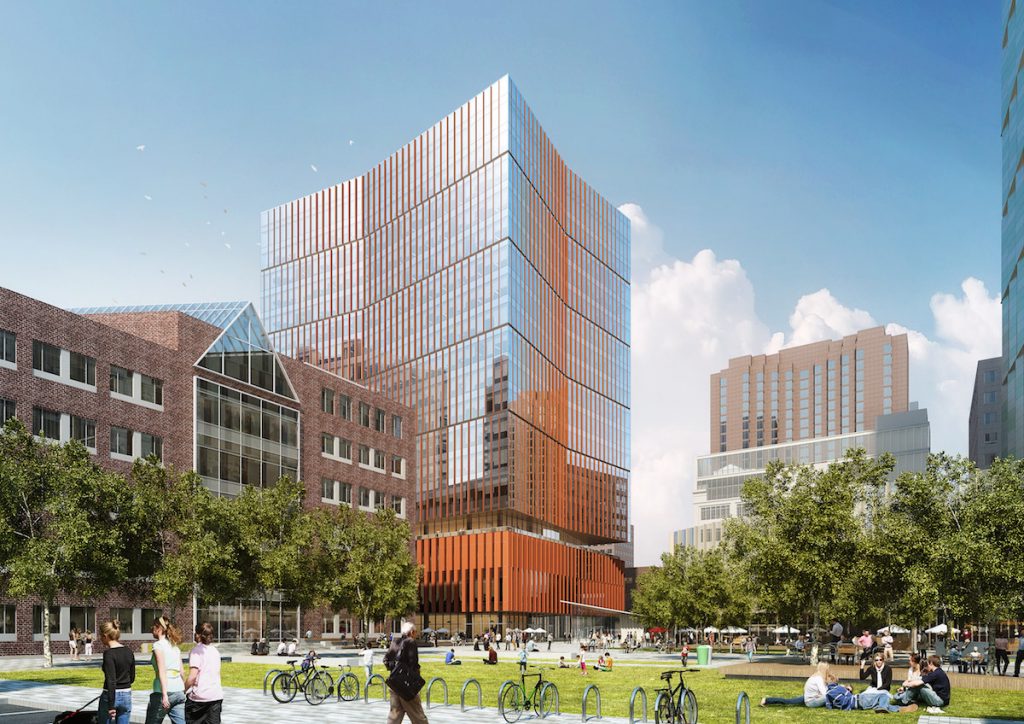 Boeing today announced plans to open the new Boeing Aerospace & Autonomy Center in Cambridge, Mass., becoming the first major tenant of the Massachusetts Institute of Technology’s (MIT) new mixed-use district in Kendall Square.Under the agreement, Boeing will lease 100,000 square feet of research and lab space inside a new 17-floor building at 314 Main Street in Cambridge. The new center will house employees from Boeing and subsidiary Aurora Flight Sciences, who will focus on designing, building and flying autonomous aircraft and developing enabling technologies.

The investment in the new center follows the recent creation of Boeing NeXt. This new organization unites researchers and projects across the company to shape the future of travel and transport, including the development of a next-generation airspace management system to enable the safe coexistence of piloted and autonomous vehicles. Employees at the center will help develop new technologies in support of Boeing NeXt programs.”Boeing is leading the development of new autonomous vehicles and future transportation systems that will bring flight closer to home,” said Greg Hyslop, Boeing chief technology officer. “By investing in this new research facility, we are creating a hub where our engineers can collaborate with other Boeing engineers and research partners around the world and leverage the Cambridge innovation ecosystem.”

The construction of the new research facility is part of MIT’s broad strategy to foster vibrancy and diversity in Kendall Square, which is often referred to as the most innovative square mile in the world. Through its Kendall Square Initiative, the university will develop six buildings to house a blend of lab and research, office, housing and retail space.

“It’s fitting that Boeing will join the Kendall/MIT innovation family,” said MIT Provost Martin Schmidt. “Our research interests have been intertwined for over 100 years, and we’ve worked together to advance world-changing aerospace technologies and systems. MIT’s Department of Aeronautics and Astronautics is the oldest program of its kind in the United States, and excels at its mission of developing new air transportation concepts, autonomous systems and small satellites through an intensive focus on cutting-edge education and research. Boeing’s presence will create an unprecedented opportunity for new synergies in this industry.”

Employees from Aurora Flight Sciences’ existing research and development center in Kendall Square will move into the new center and operate it on behalf of Boeing once complete.

“Today, Aurora’s Kendall Square team is already building innovative autonomous systems,” said John Langford, Aurora Flight Sciences founder, chief executive officer and MIT alumnus. “By expanding Aurora’s 30-year relationship with MIT, and working with Boeing, we are creating a collaborative space where engineers, students and researchers can work together to create technologies that will define the next-century of air mobility.”

Financial terms of the new lease agreement and development of the new facility were not disclosed.

The new agreement builds on a century-long relationship between Boeing and MIT to advance aerospace innovation. Last year, the company announced its role as lead sponsor of an $18 million project to replace MIT’s Wright Brothers Wind Tunnel.

Aurora Flight Sciences, A Boeing Company, is an innovative technology company striving to create smarter aircraft through the development of versatile and intuitive autonomous systems. Operating at the intersection of technology and robotic aviation, Aurora leverages the power of autonomy to make manned and unmanned flight safer and more efficient. Headquartered in Manassas, Virginia, Aurora has more than 550 employees and operates in six locations, including research and development centers in Cambridge, Massachusetts, and Luzern, Switzerland; manufacturing facilities in Bridgeport, West Virginia, and Columbus, Mississippi; and offices in Dayton, Ohio, and Mountain View, California.