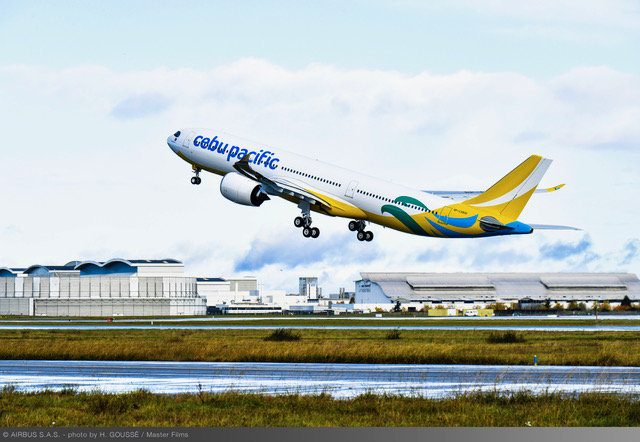 Simon Hanson, Avolon Head of APAC, commented: “We are delighted to deliver our first A330neo aircraft to Cebu Pacific, which continues our long standing and deep partnership with the Cebu Pacific management team. The high-performance and fuel efficiency of the A330neo aircraft will help position Cebu Pacific to successfully scale up its operations and meet the capacity demands in its markets, further consolidating its position as one of Asia Pacific’s leading low-cost carriers.

With the aviation recovery well underway, we are seeing strong demand for aircraft in all key markets. We have an attractive forward orderbook of over 240 new technology and fuel efficient single and twin-aisle aircraft. These aircraft can help support airlines as they exit the pandemic and begin to position themselves for a robust recovery.”

Alex Reyes, Cebu Pacific Chief Strategy Officer, said: “We are delighted to partner once again with Avolon on the first of 8 A330neo deliveries. Cebu Pacific’s first A330neo brings us closer to our target of having an all-Neo fleet by 2027, and shows our commitment to making air travel accessible, while ensuring environmental and social sustainability.”

About A330neo
The A330neo Family is the new-generation A330, comprising two versions: the A330-800 and A330-900. The A330neo Family aircraft shares 95% commonality with the previous A330. It builds on the proven economics, versatility and reliability of the A330 Family, while reducing fuel consumption by 25% per seat versus previous generation competitors and increasing range by up to 1,500nm compared to the majority of A330s in operation. The A330neo is powered by Rolls-Royce’s latest-generation Trent 7000 engines and features a new wing with increased span and new A350 XWB-inspired Sharklets. The cabin provides the comfort of the new Airspace amenities including state-of-the-art passenger inflight entertainment and Wi-Fi connectivity systems.