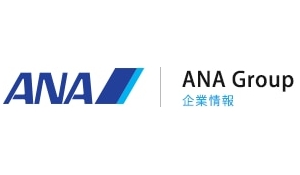 The autonomous towing tractors are the first of their kind in Japan with the advanced tractors being tested for two weeks at the end of March 2019 at Saga Airport.

During this trial, which will be for two weeks at the end of March 2019, the tractors will run a distance of roughly 100 meters in the airport, which is the same distance between the baggage sorting areas and aircraft at Saga Airport. An airport employee will be seated in the autonomous towing truck during the tests and will have the ability to override the system at any time if deemed necessary.

“Efficiency has long been one of ANA’s main goals and these autonomous towing tractors are helping us achieve our targets,” said Shigeru Hattori, Senior Vice President of ANA. “ANA works best when it is streamlined and organized, and the implementation of autonomous towing tractors will allow ANA to boost efficiency across its entire chain of operation while maintaining highest levels of safety. This will increase productivity while also improving traveler satisfaction.”

The towing tractors use 2D/3D LiDAR*2 sensors to automatically detect objects in their path and allow the vehicles to automatically adjust course. This enables the tractor to move safely and accurately along its present route. A road pattern matching system*3 and a GPS system are also housed in the tractor, allowing it to calculate its current location and guide itself.

Toyota Industries and ANA are continuously looking to implement new innovations wherever possible. These advances in technology will aid in the overall acceleration of automation in the aviation and airline industry as a whole.

*1 Based on Toyota Industries Corporation’s assessment.
*2 2D/3D LiDAR is a sensor that can accurately measure the distance between objects by irradiating the object with laser light. The sensor can then measure reflected light and use it to appraise its surroundings.
*3 The road pattern matching system is used to acquire the vehicle’s position by matching an image of the current surface of the road, captured by a camera on the tractor with a previously captured image.