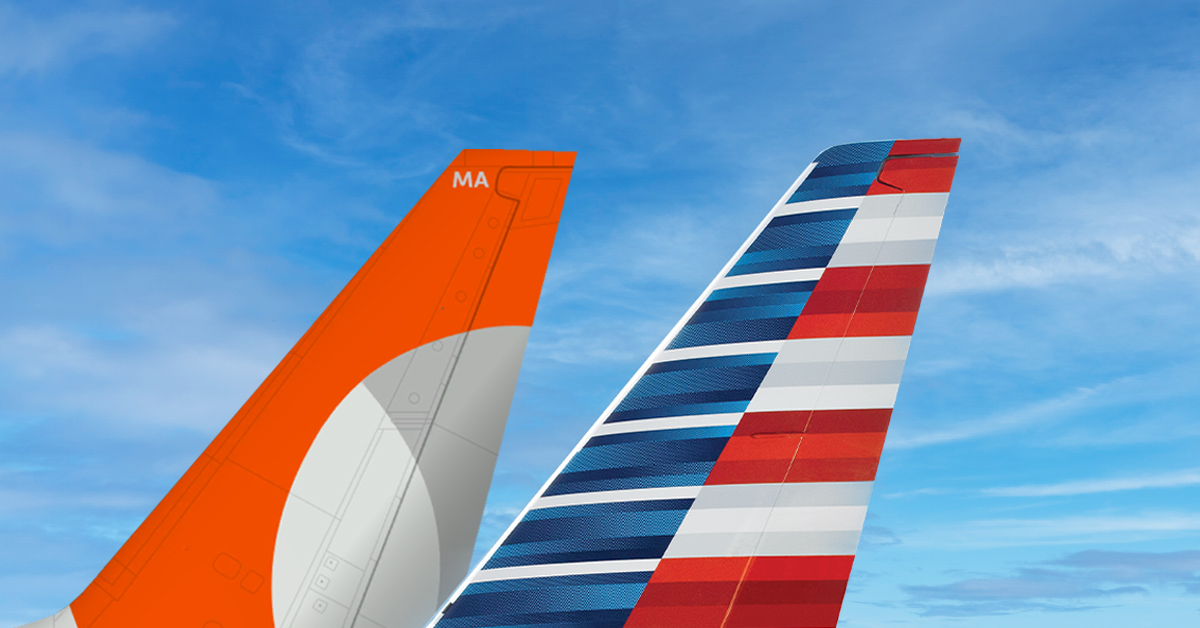 American Airlines announced it has signed a definitive investment agreement with GOL, Brazil’s largest airline, deepening the relationship between the two carriers to create the broadest and most rewarding network in the Americas. The combined networks will provide customers with more than 30 destinations in the U.S. served by American and more than 34 new destinations in South America served by GOL.

American has served Latin America since 1942 and offers service to 17 destinations in South America, including Sao Paulo (GRU) and Rio de Janeiro (GIG) in Brazil, from its U.S. hubs in Dallas-Fort Worth (DFW), Miami (MIA) and New York (JFK). American has flown more than 14 million customers between the U.S. and Brazil in the last 10 years — more than twice as many as any other U.S. carrier. GOL serves 63 destinations in Brazil and is the country’s largest airline.

As part of the investment agreement previously announced last year, American will invest $200 million in 22.2 million newly issued preferred shares of GOL in a capital increase, for a 5.2% participation in the company’s economic interest. The execution of the other agreements described in this press release, and the closing of the equity investment, are subject to certain conditions, including government and regulatory approvals and other customary closing conditions.

The largest network in the Americas will also be the most rewarding for travelers. In 2022, GOL’s SMILES and American’s AAdvantage® loyalty members will gain access to their status benefits on both airlines, such as priority check-in, priority security, priority boarding, a larger checked baggage allowance, lounge access and preferred seats. The two airlines also expect to offer an enhanced joint loyalty offering to give customers more ways to earn and redeem miles.

About GOL Linhas Aéreas Inteligentes S.A.
GOL is Brazil’s largest airline, leader in the corporate and leisure segments. Since its founding in 2001, it has been the airline with the lowest unit cost in Latin America, which has enabled the democratization of air transportation. The Company has partnerships with American Airlines and Air France-KLM, in addition to making available to Customers many codeshare and interline agreements, bringing more convenience and ease of connections to any place served by these partnerships. With the purpose of “Being First for Everyone”, GOL offers the best travel experience to its passengers, including: the largest inventory of seats and the most legroom; the most complete platform with internet, movies and live TV; and the best loyalty program, SMILES. In cargo transportation, GOLLOG delivers parcels to various regions in Brazil and abroad. The Company has a team of 15,000 highly qualified airline professionals focused on Safety, GOL’s number one value, and operates a standardized fleet of 127 Boeing 737 aircraft. GOL’s shares are traded on the NYSE (GOL) and the B3 (GOLL4). For further information, visit www.voegol.com.br/ir.