All Nippon Airways (ANA), Japan’s largest and 5-star airline for six consecutive years, has received the first of its three Airbus A380 aircraft. ANA and Airbus held a ceremony in Toulouse, France to mark the handover of the plane as well as acknowledge the importance of the airline’s relationship with Airbus. Media events are also scheduled to take place in Japan after the aircraft touches down at Narita airport.

ANA’s new Airbus A380 will enter service on May 24th, traveling between Narita and Honolulu, Hawaii. The airplane is designed to provide maximum comfort to up to 520 passengers on this popular route with its premium layout seating. The upper deck is home to eight First Class suites, 56 Business Class seats that convert to fully flat beds and 73 Premium Economy seats. The main deck will have 383 Economy Class seats, including 60 couch seats. This makes ANA the first in Japan to introduce a couch seat concept. Each couch is comprised of three or four seats and passengers are able to lie on the seats by folding up the leg rests. In addition to expanded passenger space, the aircraft offers heightened internet options as well as other advanced in-flight entertainment features.

“We will commit all three of our Airbus A380 to the Tokyo Honolulu route with the goal of introducing a new level of luxury service to our passengers flying ANA on the number one resort route for Japanese travelers,” said Shinya Katanozka, President and CEO of ANA HOLDINGS INC. “We believe the A380 will become a game changer for ANA and will enable us to increase our market share by doubling the number of seats connecting Honolulu and Tokyo by 2020. The FLYING HONU is designed to offer unprecedented comfort and convenience and a world of new possibilities to ANA passengers, something that would not have been possible without the combined efforts of the Airbus and Rolls-Royce teams working closely with the dedicated professionals at ANA.”

“Airbus is proud to deliver this beautiful and iconic aircraft to ANA. Offering unrivalled levels of passenger comfort, the A380 will enable ANA to increase its capacity on the busy route to Hawaii with maximum efficiency,” said Airbus CEO Thomas Enders. “We are confident that the aircraft will be highly successful in service with ANA and are committed to providing full support to the airline all along the way.”

ANA’s first Airbus A380 sports bold Hawaiian Sky Blue Flying Honu-inspired livery. The second A380 plane will boast Hawaiian Ocean Emerald Green livery and is expected to roll out of the paint shop on March 25, 2019. 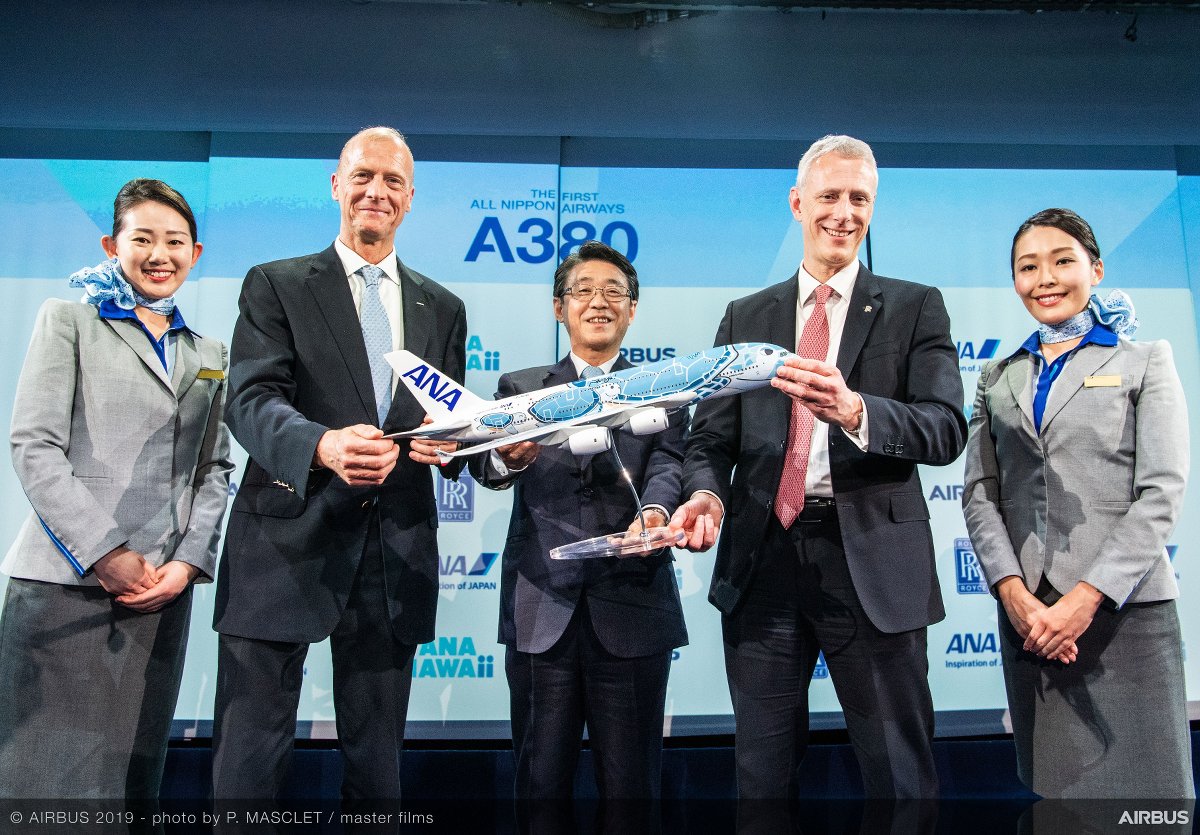 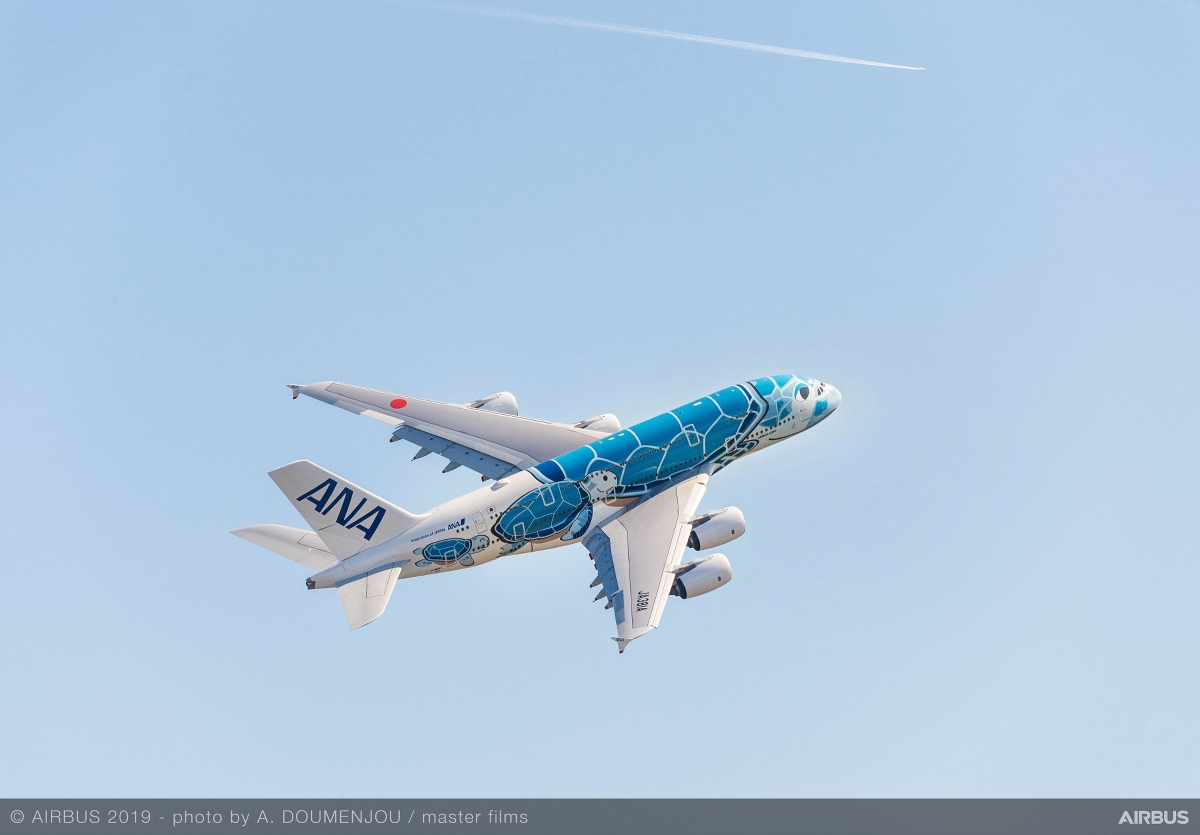