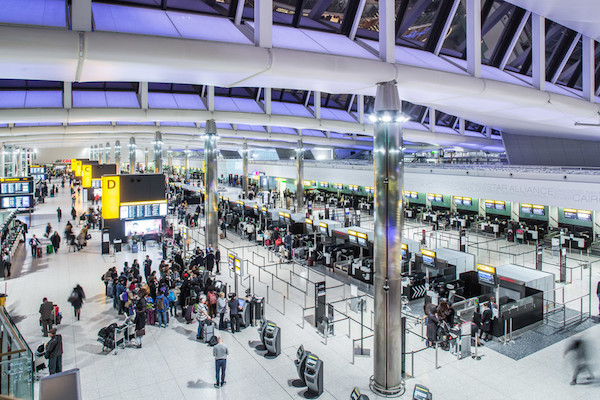 Travel restrictions and a slump in demand as a result of the coronavirus pandemic have forced airlines to lay off staff and cut more flights.

On Monday, British Airways owner IAG said it planned to cut capacity by at least 75% in April and May. IAG boss Willie Walsh, who was due to step down this month, will now stay in his post to manage the crisis. Meanwhile, EasyJet said it may have to ground most of its planes as a result of travel bans and falling demand.

The no-frills airline said it had cancelled a “further significant” number of flights. “These actions will continue on a rolling basis for the foreseeable future and could result in the grounding of the majority of the EasyJet fleet,” it said.

The announcements hit the airlines’ share prices, with EasyJet down nearly 30% and IAG dropping by about 20%.

“European aviation faces a precarious future and it is clear that co-ordinated government backing will be required to ensure the industry survives and is able to continue to operate when the crisis is over,” he said.

Meanwhile, IAG boss Mr Walsh said: “We have seen a substantial decline in bookings across our airlines and global network over the past few weeks and we expect demand to remain weak until well into the summer.”

“We are therefore making significant reductions to our flying schedules,” he said, adding that the group had the flexibility to make further cuts if necessary.

The boss of BA had already told staff that it planned to ground flights “like never before” and lay off employees in response to the coronavirus.

In a memo to staff titled “The Survival of British Airways”, Alex Cruz warned that the airline industry was facing a “crisis of global proportions” that was worse than that caused by the Sars virus or 9/11.

IAG – which also owns Iberia and Aer Lingus – said it had suspended flights to China, reduced capacity on Asian routes, cancelled all flights to, from and within Italy as well as making other changes to its network.

Meanwhile, bosses at Virgin Atlantic said they would write to the prime minister to ask for emergency financial measures for airlines in the UK.

The company will be significantly affected by US travel restrictions, which will hit all transatlantic routes from Tuesday.

Should the government bail British airlines out?

The coronavirus has hit them hard and Virgin Atlantic, the airline founded and still part-owned by Sir Richard Branson, has called for government cash – support totalling perhaps £7.5bn to tide the sector over.

But airlines are not speaking with one voice. IAG, the owner of British Airways, has pointedly not asked for a bailout, and this morning went out of its way to point to its substantial cash reserves – more than £9bn in total.

A senior source at IAG told me that there were “better uses” for taxpayer’s money than bailing out airlines – a thinly-veiled jibe at Virgin Atlantic.

IAG’s chief executive, Willie Walsh, was vociferous in his opposition to a bail out for Flybe, and it’s clear he will also fight a handout for Virgin Atlantic, which is BA’s direct competitor on lucrative routes out of Heathrow.

What will the government do?

A one-off intervention to save a single airline would be unusual, but airline experts say across the board help – the suspension of air passenger duty and time to pay on National Insurance and tax – are likely.

“People are understandably not booking for flights in the weeks and months ahead,” he told the BBC.

“Even those booking that were held, a substantial number of those, of course, have been cancelled.”

He described the reduction in operations as “stunning”, warning that “airlines can bleed very, very quickly”.

“Stemming the blood loss… by cancelling flights and parking aircraft is one thing, but airlines are both capital and labour intensive so there has to be support of the costs that cannot be avoided even if an airline is grounded,” Mr Strickland said.

Over the weekend, Scandinavian airline SAS said it would temporarily halt most of its flights until conditions for commercial aviation improved.

As a result, the airline said it would temporarily lay off up to 10,000 employees, or 90% of its total workforce.

Last week, Norwegian airlines said it would cancel 4,000 flights and temporarily lay off about half of its staff because of the coronavirus outbreak.

Aviation analyst Chris Tarry told the BBC those kind of staff reductions could lead to a permanent change.

“We are going to see shrinkage,” he told the BBC’s Today programme.

“We’ve seen airlines talk about voluntary redundancies then we move into the next stage of that, which is permanent reductions.”