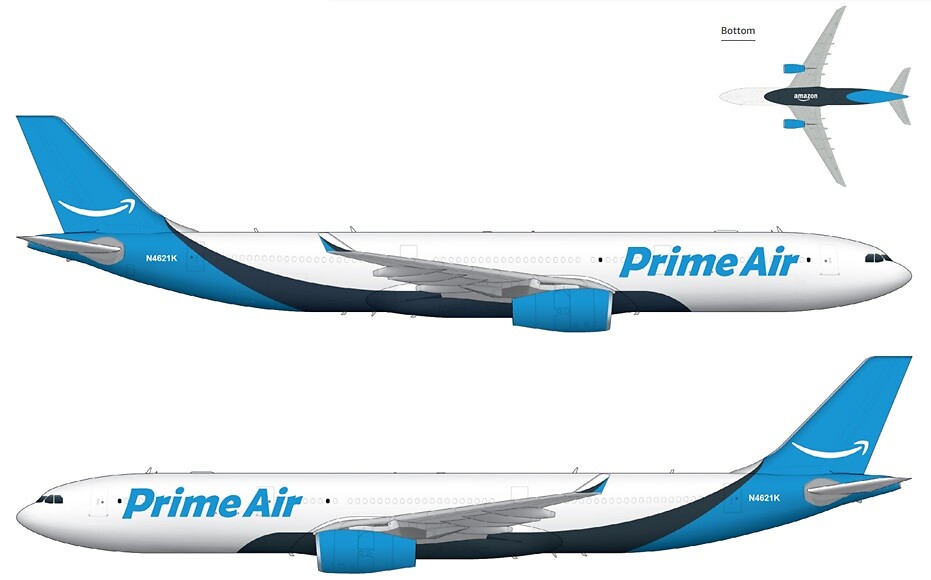 Amazon Air has signed a firm agreement to lease ten A330-300P2F freighters from Altavair, taking advantage of the A330’s capacity and economics to help fulfil its one-day delivery promise to Amazon Prime customers. The aircraft will be operated for Amazon by Hawaiian Airlines, which has had A330s as a key element of its fleet since 2010. The ten airframes are being converted from passenger aircraft to freighters by Elbe Flugzeugwerke GmbH (EFW), the centre of excellence for Airbus Passenger-to-Freighter (P2F) conversions.

“We’re thrilled to welcome Airbus to our Amazon Air fleet,” said Philippe Karam, Director, Amazon Global Air Fleet & Sourcing. “These A330-300s will not only be the first of their kind in our fleet, they’ll also be the newest, largest aircraft for Amazon Air, allowing us to deliver more customer packages with each flight.”

Amazon Air transports customer packages over longer distances in shorter timeframes to deliver on its customer promise of fast, free delivery. The first of their A330-300P2F aircraft is expected to join the Amazon Air fleet in late 2023.

“The endorsement of our freighters by Amazon speaks volumes about the market value of the A330 and the position Airbus wide-bodies are gaining in the cargo market,” said Christian Scherer, Airbus Chief Commercial Officer and Head of Airbus International. “Amazon has built a reputation around delivering their goods to our doorsteps with extraordinary speed and consistency, and we’re very proud that our aircraft are trusted to become a key link in that remarkable logistics chain.”

With advanced Airbus technology that includes fly-by-wire flight controls, the A330 offers an extremely capable platform for freighter conversion. Since the A330’s service entry in 1994, more than 1,700 A330s have been ordered, with more than 1,500 delivered – providing a large source of aircraft to support P2F conversions for many years.

While both A330-200 and A330-300 aircraft are eligible for conversion, the longer-fuselage A330-300P2F is particularly suited for integrators and express carriers, due to its high volumetric payload capability with lower-density cargo.

The A330P2F conversion program, launched in 2012, is a collaboration between ST Aerospace, Airbus and their joint venture EFW.