Airbus has officially begun manufacturing the A220 in the U.S. The first team of A220 production workers began work at Airbus’ Mobile, Alabama-based production facility following their recent return from on-the-job training in Mirabel, Quebec, Canada, where the A220 programme and primary final assembly line are located.

“The expansion of our commercial aircraft production in Mobile to a second product line – with 400 additional jobs to support it – further solidifies Airbus’ standing as a truly global aircraft manufacturer, and confirms without a doubt that Airbus is an important part of America’s manufacturing landscape,” said Airbus Americas Chairman & CEO C. Jeffrey Knittel. “With Mobile, and our production network in Asia, Canada and Europe, we have strategically created a worldwide industrial base to better serve our customers.”

Airbus announced plans for the addition of A220 manufacturing in Mobile in October 2017. Construction on the main A220 flowline hangar and other support buildings for the new A220 began at the Mobile Aeroplex at Brookley at the beginning of this year. Airbus is producing the first few aircraft within some current A320 Family buildings and newly-built support hangars. The first U.S.-made A220 – an A220-300 destined for Delta Air Lines – is scheduled for delivery in the third quarter of 2020. By the middle of the next decade, the facility will produce between 40 and 50 A220 aircraft per year.

The A220 is the only aircraft purpose-built for the 100-150 seat market; it delivers unbeatable fuel efficiency and wide-body passenger comfort in a single-aisle aircraft. The A220 brings together state-of-the-art aerodynamics, advanced materials and Pratt & Whitney’s latest-generation PW1500G geared turbofan engines to offer at least 20% lower fuel burn per seat compared to previous generation aircraft. The A220 offers the performance of larger single-aisle aircraft. With an order book of 551 aircraft as of end of June 2019, the A220 has all the credentials to win the lion’s share of the 100-to-150-seat aircraft market, estimated to represent 7,000 aircraft over the next 20 years.

Airbus has strong and longstanding ties to the United States, with Airbus aircraft being operated by the largest airlines in America. Additionally, Airbus is a major partner of U.S. aerospace companies and workers. The company has purchased $48 billion of components and materials from American suppliers in the last three years alone, and supports more than 275,000 American jobs. Among its facilities in the U.S. Airbus has: engineering centers in Kansas and Alabama; training facilities in Florida and Colorado; materials support and headquarters in Virginia; an innovative think tank (A3) in California; a drone data analysis business (Airbus Aerial) in Atlanta, Georgia; helicopter manufacturing and assembly facilities in Texas and Mississippi; and a satellite manufacturing facility (OneWeb) in Florida. 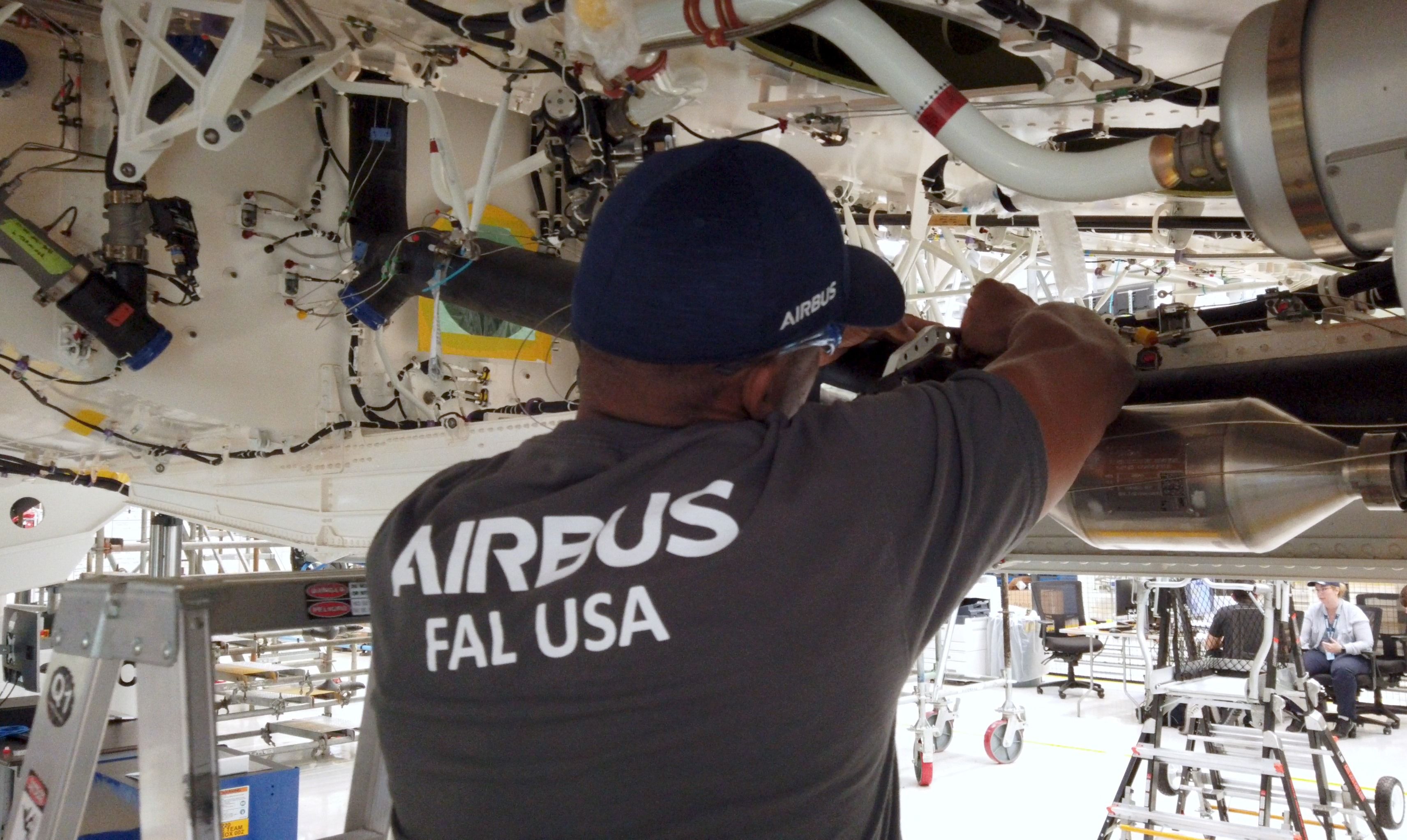