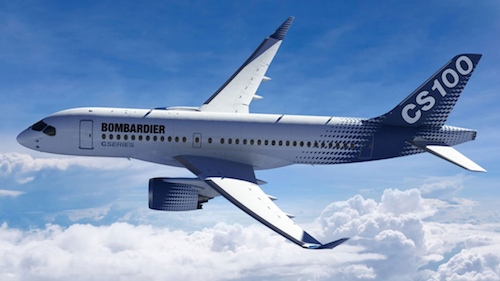 On October 16, 2017, Airbus announced plans to buy a majority stake in the Bombardier C Series jetliner program, potentially providing the Canadian planemaker a way out from the trade dispute with Boeing.

Key points of the deal

As a result of the deal, Airbus will acquire a 50.01% interest in C Series Aircraft Limited Partnership (CSALP), the entity that manufactures and sells the C Series. Bombardier and Investissement Québec (IQ) will own 31% and 19%, respectively. Under the agreement, Airbus will provide access to its marketing, sales and customer support network and its aerospace manufacturing supply chain.

“I have no doubt that our partnership with Bombardier will boost sales and the value of this program tremendously,” said Airbus Chief Executive Officer Tom Enders. “Not only will this partnership secure the C Series and its industrial operations in Canada, the U.K. and China, but we also bring new jobs to the US.”

President and Chief executive officer of Bombardier Alain Bellemare said that Airbus is the perfect partner for the company, Québec and Canada.

“Their [Airbus] global scale, strong customer relationships and operational expertise are key ingredients for unleashing the full value of the C Series,” said Alain Bellemare in an official statement. “This partnership should more than double the value of the C Series program and ensures our remarkable game-changing aircraft realizes its full potential. ”

According to the deal, Airbus has offered to assemble some of the narrow-body jets at its US plant in Alabama for orders by American carriers. CSALP’s headquarters and primary assembly line and related functions will remain in Québec.

The US assembly line would mean the jets would not be subject to possible US anti-subsidy and anti-dumping duties of 300%, Alain Bellemare said during a media conference call.

This means American Delta Air Lines might have to reschedule its deliveries of jets from Bombardier, if the US government doesn’t reverse preliminary findings on the duties or the US Court of International Trade or another venue doesn’t overturn the findings.

In 2016, Delta ordered 125 new CS100 jets from Bombardier. The deal sparked allegations by Boeing that the planemaker had sold the C Series to Delta at “absurdly low prices,” CNN informs. Boeing took its case to the US Department of Commerce, claiming the sale had harmed the U.S. manufacturer and its single-aisle 737 products.

The Commerce Department preliminary ruled in two separate cases the C Series should be subject to import tariffs as much as 300%.

But Delta Air Lines says it is not going to pay these taxes, claiming that the C Series debate or the decision from Commerce is not just disappointing, it doesn’t make a whole lot of sense.

“We will not pay those tariffs, and that is very clear,” said chief executive officer and director of Delta Air Lines Edward Herman Bastian during the company’s earnings call on October 11, 2017. “We intend to take the aircraft. I can’t tell you how it’s going to eventually work out. We’re not going to be forced to pay tariffs or do anything with the deal, so there should not be any concerns on our investors’ minds in that regard. ”

However, Delta’s CEO said there may be a delay in taking the aircraft.

“We work through the issues with Bombardier, who’s being a great partner in this. We think that the aircraft needs to come to market, we believe it will come to market, and we believe Delta will get it at the agreed contractual price, ” says Edward Herman Bastian.

“It’s a very good move to bring this aircraft to the US because the US is the single largest market for this segment,” said Airbus CEO Tom Enders said.

Unite: “No room for complacency”

The UK government must step up pressure on Boeing to ensure the withdrawal of ‘crushing’ tariffs on Bombardier’s C-series passenger jet Britain’s largest union, Unite said on October 17, as it warned there could be “no room for complacency” following news that Airbus was taking a majority share in the C-series aircraft.

Currently, Bombardier employs around 4000 people at its Belfast, Northern Ireland, plant. A quarter of those workers are involved in the construction of C Series wings and fuselage. Unite trade union, representing Bombardier workers in the UK, has a positive outlook regarding the Airbus announcement.

“This news gives us cause to have some hope, but we are far from out of the woods and there is still much work to do to secure Bombardier jobs in Northern Ireland and the rest of the UK,” Unite assistant general secretary with responsibility for aerospace Steve Turner said in an official statement.

GMB, another trade union representing some of the Bombardier workers in Belfast welcomes the deal as well, but remains wary, as the details of the deal are not clear yet.

“GMB hopes both Bombardier and Airbus have taken cast iron legal advice to ensure they don’t get rid on one legal challenge only to open themselves up to another,“ Ross Murdoch, GMB National Officer, said in an official statement.