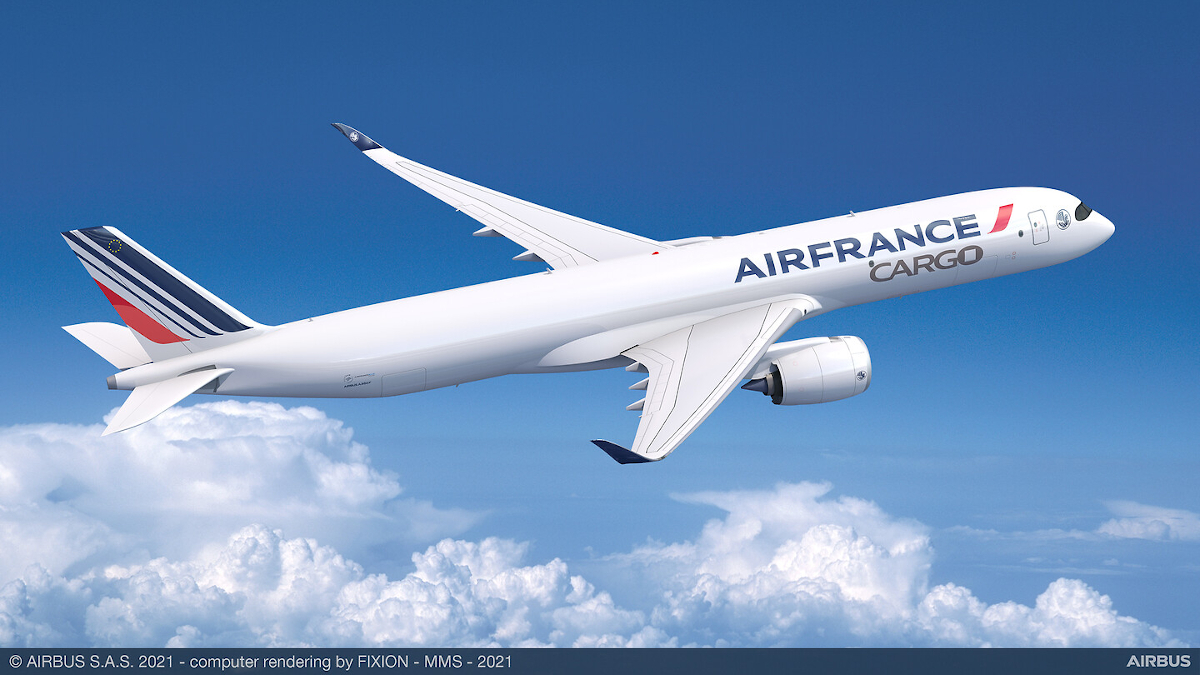 Air France-KLM has finalised its order with Airbus for four new generation A350F freighters, following the earlier commitment announced in December 2021. The freighters are destined to increase Air France’s cargo capacity with the most efficient and sustainable cargo aircraft available in the market.

The A350F is based on the world’s most modern long range leader, the A350. The aircraft will feature a large main deck cargo door and a fuselage length optimised for cargo operations. Over 70% of the airframe is made of advanced materials resulting in a 30 tonnes lighter take-off weight, which together with efficient Rolls-Royce engines generate an advantage of at least 20% lower fuel burn and CO2 over its current closest competitor. With a 109 tonnes payload capability (+3t payload / 11% more volume than its competition), the A350F serves all cargo markets (Express, general cargo, special cargo…) and is in the large freighter category the only new generation freighter aircraft ready for the enhanced ICAO CO₂ emissions standards.

“Airlines now have a choice, and we salute Air France joining those going for the A350F’s step change in efficiency and sustainability for the cargo operations of the future. We are gratified by the wave of early adopters who, like Air France, see the economics and environmental signature of the A350s as standing out versus alternatives, past, existing and future. Merci Air France.” said Christian Scherer, Airbus Chief Commercial Officer and Head of Airbus International.

Launched in 2021, the A350F recorded 29 orders and commitments from five customers.