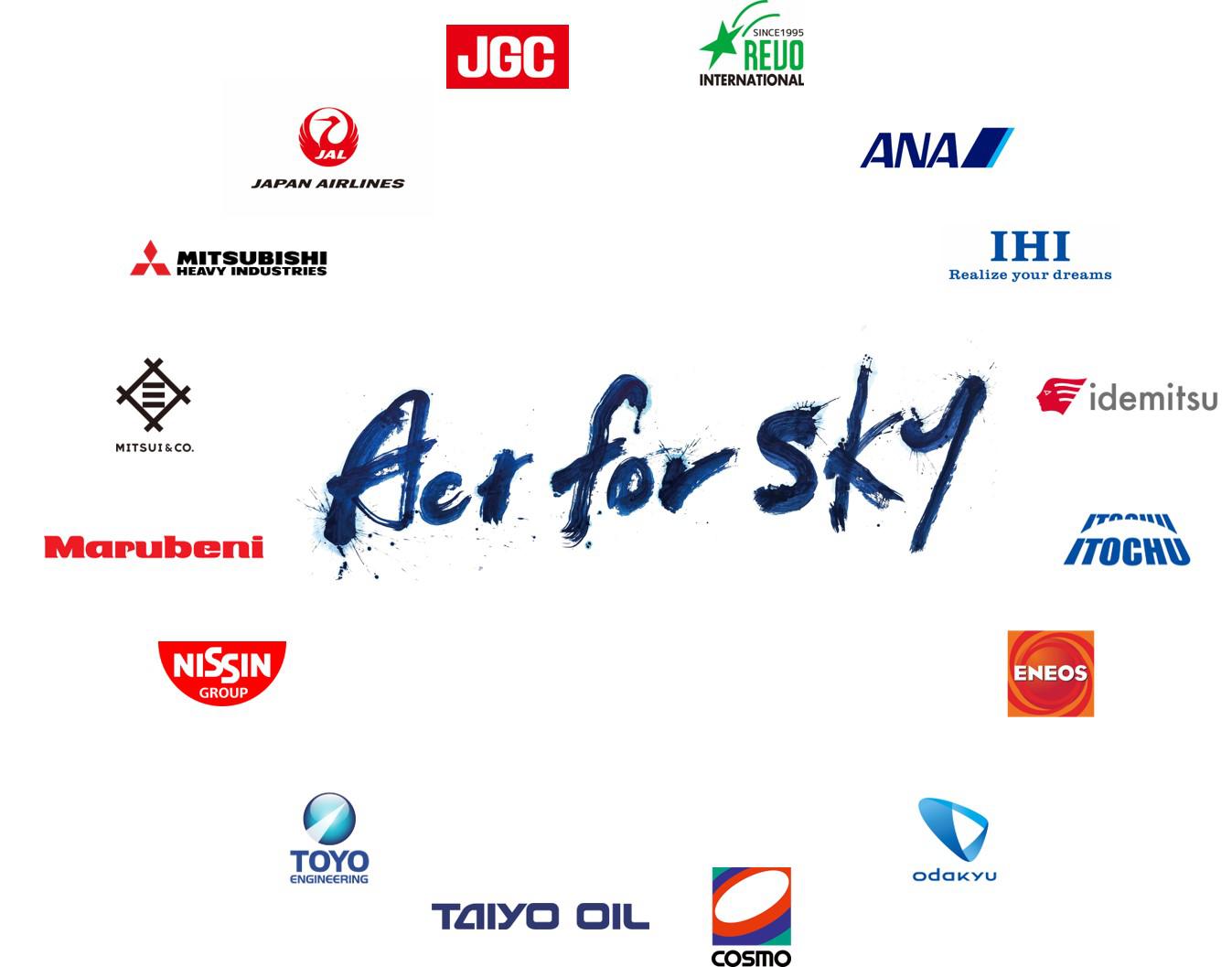 “ACT FOR SKY” with “ACT” representing the cooperation and collaboration by companies committed to take action” for these goals–will aim to raise awareness among citizens and companies of the importance of SAF, carbon neutrality and achieving a circular economy. Applying expertise across relevant industries, the four founding companies will coordinate the activity of other member companies as well.

・ A rapidly growing global need to reduce CO2 emissions has called for the aviation industry to accelerate the development, production, distribution, and use of SAF. This fuel is sourced sourced from sustainable resources such as tallow (animal oils and fats), used cooking oil (UCO), biomass, municipal solid waste, exhaust gases, and CO2.
・ As global SAF demand grows, a stable supply of domestically produced SAF is considered essential in Japan. However, domestically produced SAF has not been commercialized yet, and establishing stable supply chain, from procurement of feedstock to supply of SAF, remains an urgent issue.
・ Compared to Europe and the U.S, where SAF is already being commercialized, and its awareness is relatively strong, it is necessary to raise the awareness of SAF in Japan as well.

・ Promotion of the members’ activities toward decarbonization and a circular economy through the domestic production of SAF.
・ Discussions and analysis on the costs to achieve these goals.
・ Raise awareness on carbon neutrality, through local governments and education.
・ Exchanging information among members, for next actions.
・ Share information on how other countries are acting for SAF promotion.
・ Identify common issues for domestic SAF production, and share the information and analysiss, gathered with related organizations.

Along with a variety of other stakeholders, ACT FOR SKY will promote and expand the domestic production of SAF, which will lead to the development of aviation network in Japan and the
industry related to SAF production. Together, we will establish a sustainable society.

*1: Date established: March 2, 2022
*2: SAF is a fuel achieving significantly lower CO2 emissions compared to the conventional jet fuel
over its life cycle, from production or collection of feedstock (such as biomass, used cooking oil, or
exhaust gas) to manufacturing and combustion. Existing infrastructure can be used without
modification.