Celebrating the unique unifying power of diversity in the UAE, the historic one-off Emirates A380 flight marking the 48th UAE National Day and the UAE Year of Tolerance has returned to Dubai International Airport.

With over 540 passengers celebrating a shared sense of place and pride to call the UAE their home, the one-of-a-kind flight, unprecedented in the industry, was an impactful initiative to showcase the UAE’s spirit of unity and inclusiveness.

The flight welcomed passengers from different backgrounds, ethnicities, religions and cultures and included families and children, Emirates Group employees, as well as People of Determination. Passengers were encouraged to come in their national dress, and throughout the flight, their colourful costumes became a vibrant collage honouring their different heritages and traditions.

His Highness Sheikh Ahmed bin Saeed Al Maktoum, Chairman and Chief Executive, Emirates Airline & Group said: “The UAE has become a remarkable symbol of tolerance and coexistence, welcoming people from over 200 nationalities and backgrounds, all living together in solidarity and harmony. It is in fact the diversity of the citizens and residents of the UAE that unite us and make us stronger through mutual respect and opening bridges of common dialogue, and today’s flight is a celebration of that spirit which is very much a part of our everyday lives here in the UAE.” 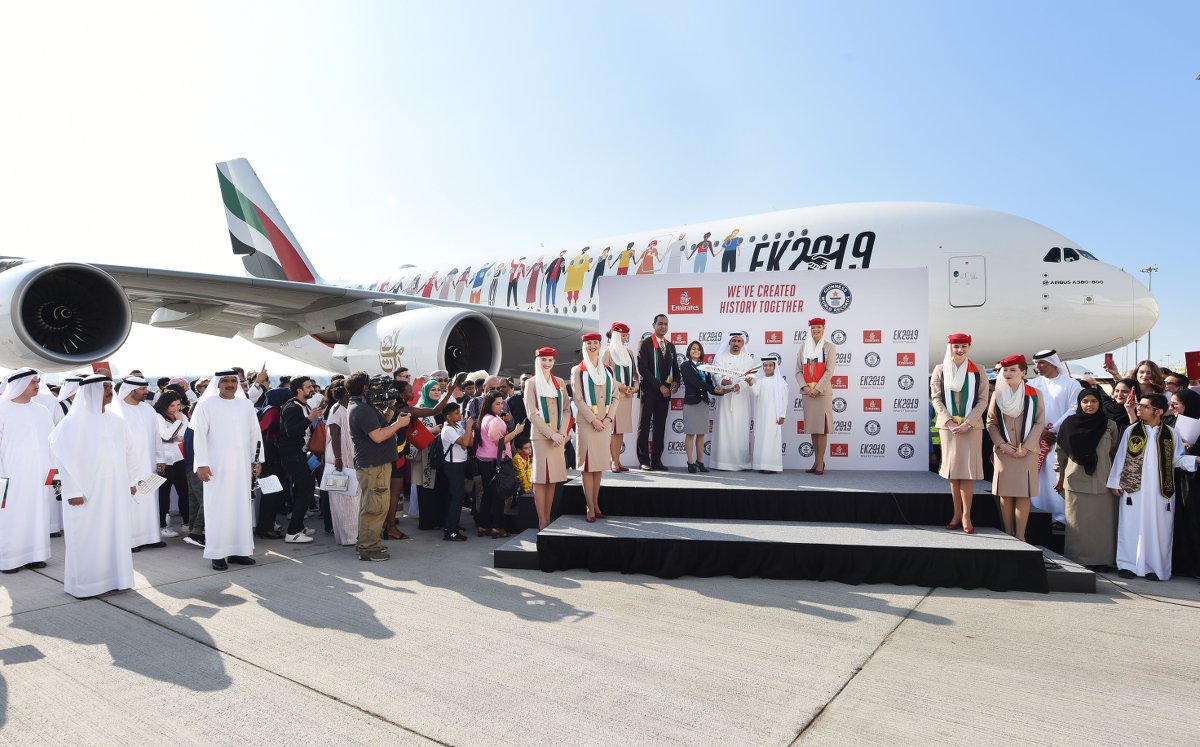 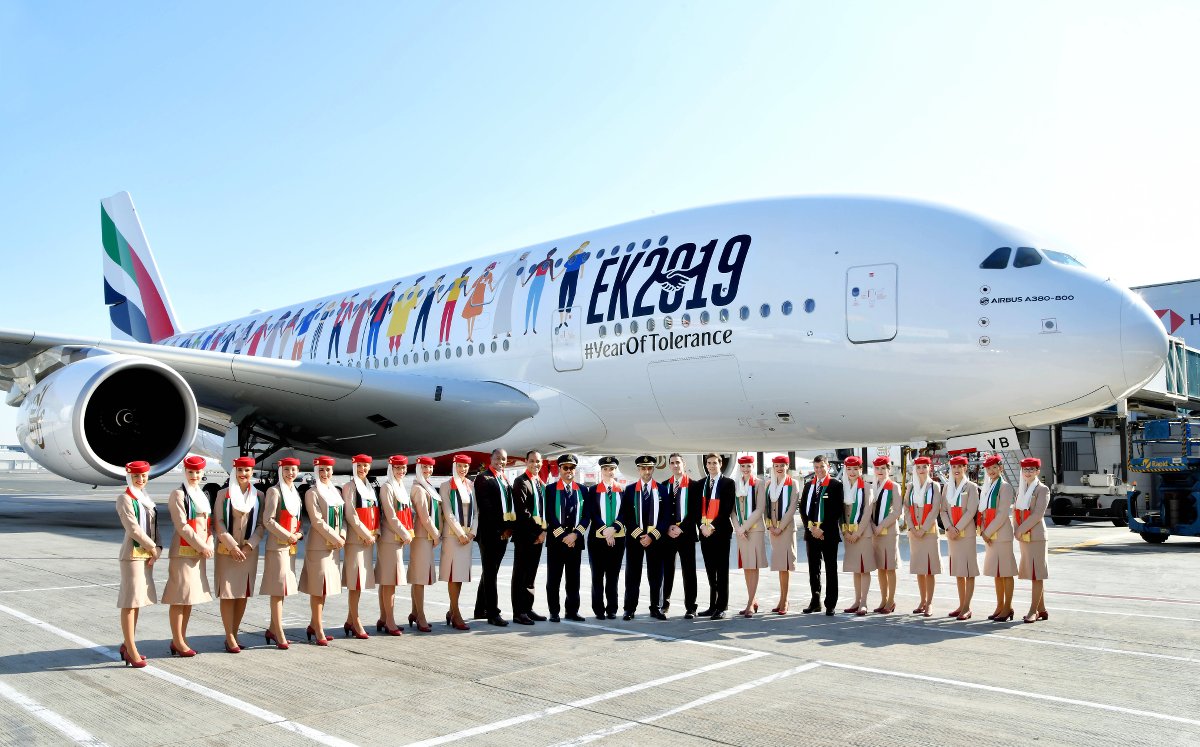 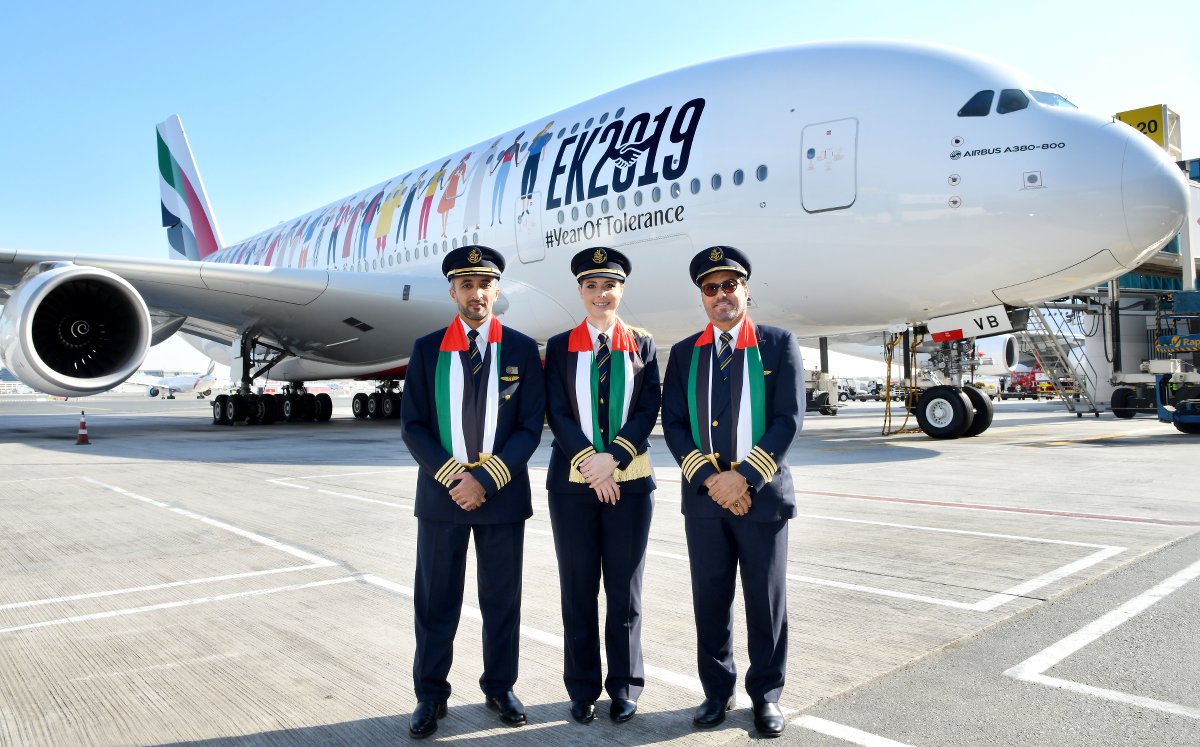 The 22 cabin crew on flight EK 2019 hailed from 18 countries, and were led by flight purser Jafar Hamad, a UAE National. On an average flight, Emirates cabin crew represent up to 15 nationalities, proudly serving customers across the airline’s network. An average Emirates flight typically carries more than 50 nationalities onboard.

The airline attempted to welcome as many nationalities as possible onto flight EK2019, for a special flight journey across all seven emirates. After passengers checked in, they were welcomed by Emirates cabin crew and were invited to take keepsake photos to mark the special event. Passengers were also able to write their names and wishes for the Year of Tolerance on a special message wall. Before boarding, a bespoke stamp to mark this special flight was put on each boarding pass as an added keepsake for passengers.

Once onboard and ready for take-off, special Year of Tolerance content was available on ice for viewing by all passengers. Just before descent, an Official Adjudicator from GUINNESS WORLD RECORDS™, who was onboard verifying nationality counts, officially announced a new GUINNESS WORLD RECORDS title for most nationalities on an aircraft. 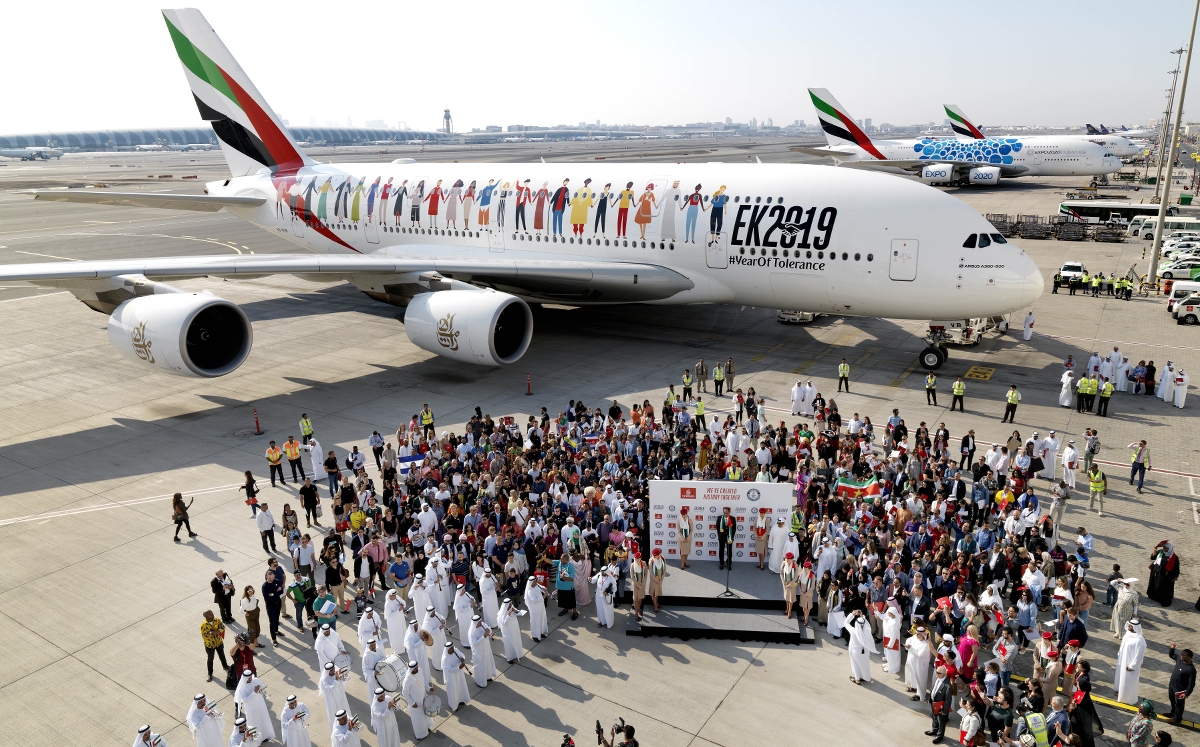 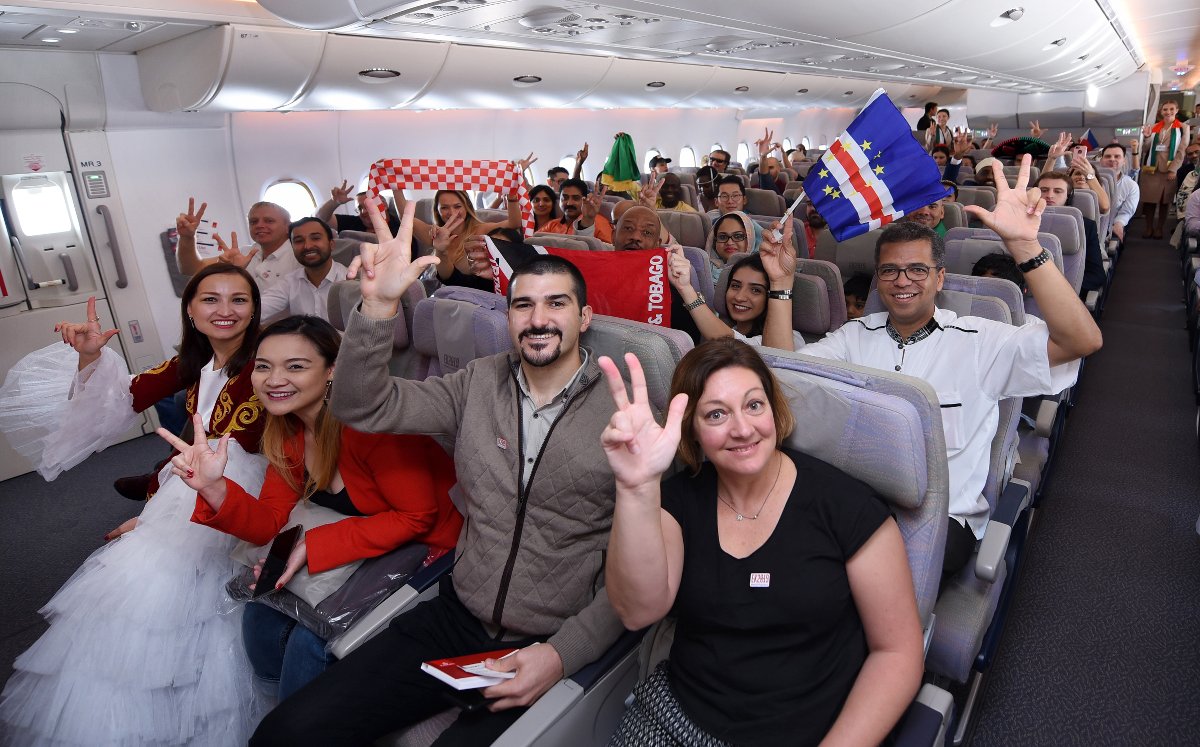 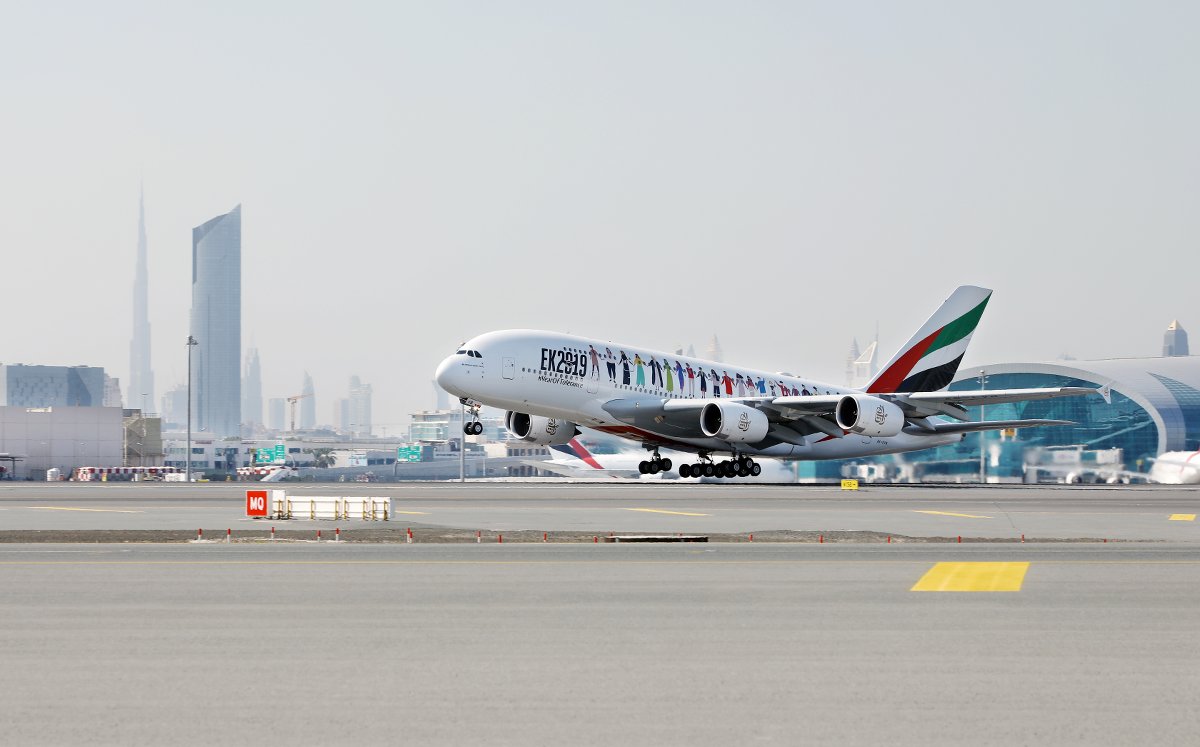 On his part Talal Omar – Director MENA, GUINNESS WORLD RECORDS™ said: “We congratulate both the UAE and Emirates Airline for making history today. This achievement reflects the keen to spread the spirit of tolerance and show the real image of moderation. The UAE has always been a place of peace and coexistence for people from different backgrounds regardless of their religion, ethnicity, or gender. It is inspiring to see all these people coming together to create an environment that celebrates diversity and understanding. Congratulations Emirates Airline, you are Officially Amazing™.”

As passengers disembarked, they were handed certificates of participation for taking part in this historic activity. A ceremony took place in front of the aircraft to mark the record, and a group photo with all 541 passengers was taken in front of the Emirates “Year of Tolerance” A380.

Over 30,000 people across the UAE registered interest to become part of this special initiative.