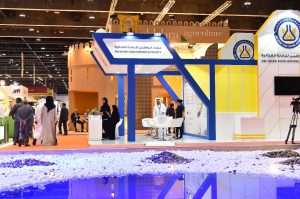 Held under the patronage of His Highness Sheikh Mansour Bin Zayed Al Nahyan, Deputy Prime Minister of the UAE, Minister of Presidential Affairs, and Chairman of the Abu Dhabi Food Control Authority (ADFCA), and in strategic partnership with the government body, over 24,000 food experts are expected to take part during the three-day show.

His Excellency Saeed Al Bahri Al Ameri, Director-General of ADFCA, stressed that the 8th edition of SIAL Middle East will create real opportunities to meet the influencers in food and date palm industries, as well as to build new and promising partnerships ensuring the sustainability of food supplies and providing privileged investment opportunities that drive economic growth.

“This year’s exhibition will witness holding more than 12,000 meeting, during which experts and workers in food sector will meet together, establishing it as the world’s largest food event.

“There is an increased importance for the exhibition to meet the growing demand for food across the region. In light of the economic growth in the UAE, which is seeing a boost in populace, and an increase in demand for food commodities, SIAL Middle East provides an integrated and effective platform to promote national and international food products,” said Al Ameri.

“ADCCI’s efforts will help improve the food and agricultural sectors by motivating businesses and organisations in the emirate to invest in their development. It’s a great effort from all participants in organising this exhibition, as it plays an important role in continuing the great successes of last year’s edition.”

His Excellency Mohamed Hilal Al Muhairi, Director General at ADCCI said: “We support companies operating in the food and agricultural sectors in Abu Dhabi and help to promote the emirates’ food industries so our involvement in SIAL Middle East makes a lot of sense.

“This year we will continue to spread awareness of the quality and features of local food manufacturers and producers and their ability to compete in international markets. We will strive to open negotiations for local food producers and help them sign new contracts. It is also important to us that we exchange experiences and best practises with traders in order to increase the export of Emirati food products internationally.”

Part of the Abu Dhabi Food Festival and in coordination with Abu Dhabi Tourism and Culture Authority, the 8th edition of SIAL Middle East has expanded its range of features to accommodate increased levels of interest from local, regional, and international food-related organisations.

Recognising excellence for in-service catering worldwide, the first day of the event will see the winners of the Mercury Awards announced. Under the supervision of a panel of independent experts, contestants will be judged in five categories ranging from best ‘Airline Meal’ to best ‘Equipment’.

With more than 1,000 competing chefs in 19 different categories, the exhibition will also host the Arabian Buffet competition The competition will task teams of two chefs and one helper to prepare and present a five-star hotel style traditional Arabian wedding feast suitable to feed 20 people.

Features such as the Healthy & Organic Pavilion, La Cuisine, the Hosted Buyer Programme, Food Security Round Table discussions and the Middle East Food Forum have attracted a lot of attention on the opening day.

Image – Abu Dhabi Chamber of Commerce and Industry is taking part in SIAL Middle East to help drive the export of UAE food producers to international food traders. The show opens tomorrow at ADNEC and runs until 14 December 2017.