Emirates signed an order for 50 Airbus A350 XWB worth $16billion today, leading the crowd on a busy day of sales and proving, once again, that Dubai Airshow is the industry’s preferred place to do business.

The deal, announced by Sheikh Ahmed Bin Saeed Al Maktoum, Emirates’ Chairman and Chief Executive, and signed with Guillaume Faury, Airbus’ Chief Executive Officer, will see the first aircraft delivered in May 2023. The order replaces a previous agreement of intent to purchase 30 A350s and 40 A330 Neos, and reflects Emirates’ desire to move towards a new configuration featuring Premium Economy cabins.

Speaking following the signing, Sheikh Ahmed said: “I’m always looking for something that will work for Emirates as a fleet, in terms of our operation now and in the future. So, I think that, today, when we look at the A350 and the role it can serve within Emirates, for short trips, medium or long haul, I think that flexibility is good for the airline.

“Our business model is to provide efficient and comfortable air transport to and from our Dubai hub, and today, this $16billion deal reflects our confidence in the future of the UAE aviation sector.”

In addition, Air Arabia signed a deal worth $14billion with Airbus to purchase a total of 120 new aircraft, comprising a mix of A320 Neos, A321 Neos and A321 XLRs. The airline, which currently operates primarily from Sharjah with a fleet of 53 Airbus aircraft, was recently announced as the partner in a joint venture with Abu Dhabi’s Etihad to launch Air Arabia Abu Dhabi.

It followed day one sales from De Havilland Canada, of three Dash 8-400 turboprops to Elin Group of Nigeria in a deal worth US$99million, and Boeing, which sold a pair of 787-9s worth US$585million at list price to Biman Bangladesh Airlines. Elsewhere, Nigeria’s Air Peace topped up its fleet with the purchase of three Embraer 195-E2s, while Egyptian lessor CIAF purchased three E190s and Omani low-cost carrier SalamAir agreed the lease of two Airbus A321 Neos from GECAS.

The show’s opening days have also seen an increased focus on green initiatives aimed at answering environmental concerns in the aerospace industry, with Etihad Airways and Boeing unveiling plans for a world-first ‘Greenliner’.

The eco partnership will use a specially-themed Boeing 787 Dreamliner, set to be introduced early next year, to research products, procedures and initiatives designed to reduce aircraft carbon emissions. Etihad also announced the operation of a special Boeing 787 ‘eco flight’ to Brussels will take place during Abu Dhabi Sustainability Week in January 2020.

Meanwhile, the world’s first eco-friendly air-racer monoplane was also unveiled at the show by Air Race E, the firm pioneering an electric racing series which is expected to launch in late 2020 with support from Airbus.

Speaking as day two of the event drew to a close, Michele van Akelijen, Managing Director of Airshow organisers Tarsus F&E LLC Middle East, said: “Our opening days have once again shown that the Dubai Airshow is not only the place the aerospace industry comes to do business, but also where it comes to innovate.” 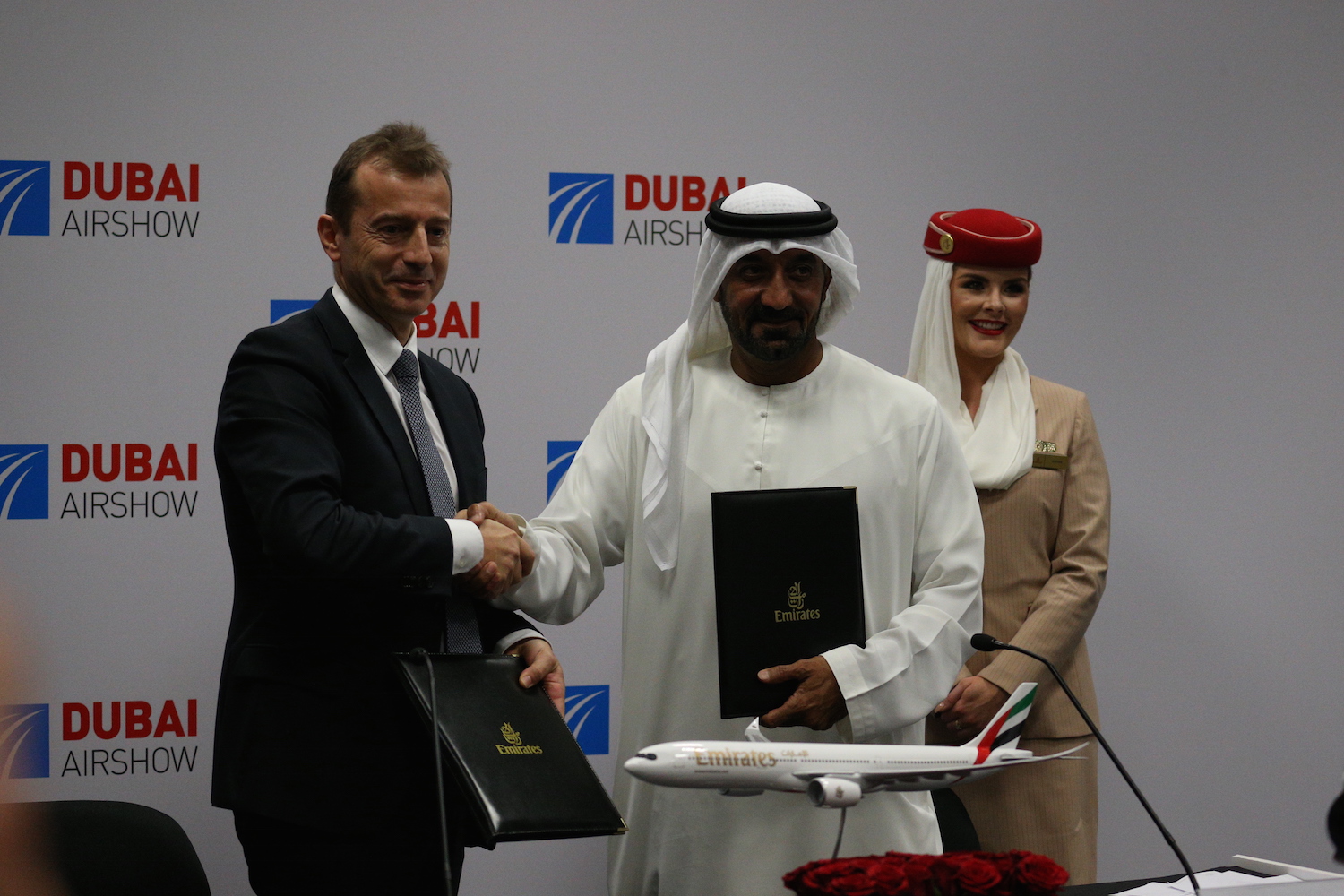