The “13th Five-Year Plan” and the “Belt and Road” strategy of the country’s layout have provided unprecedented opportunities for development and a good environment for the China civil aviation training industry. In the next 20 years, the demand for new civil aviation pilots, service technicians and flight attendants in the Asia-Pacific region is the highest in the world, with 33%, 34% and 36% of global demand, respectively. 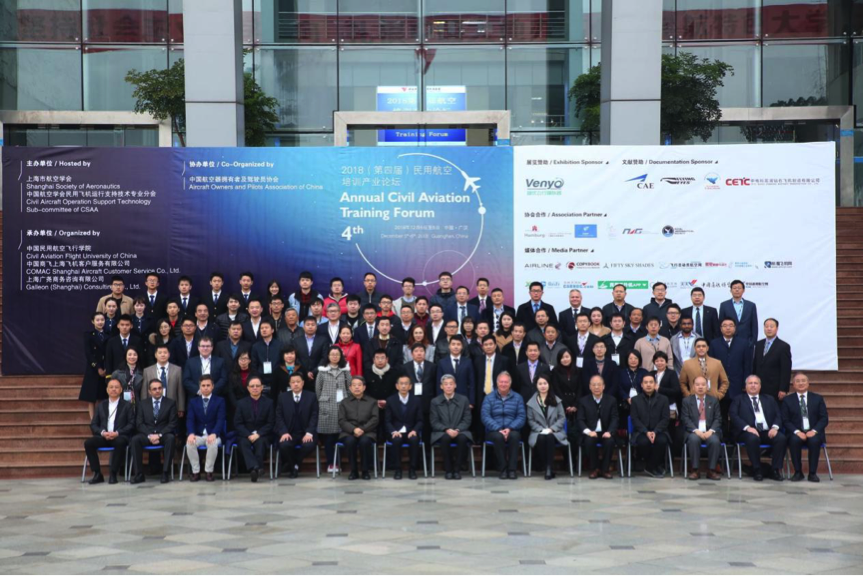 The development of aviation training industry is the fundamental for the high-quality development of civil aviation in the new era. In July, August and September, the security situation was relatively serious, and there have been many incidents. For example, wiping tail event, double engine failure event, out of the runway event, cockpit pressure relief lead to emergency landing, and the front landing gear break-off event. The recent incidents reflect the decline of the domestic flight crew’s operating ability, especially the inadequate handling capacity in complex environment. The main cause of Air France Flight 447, Asiana Airlines Flight 214, AirAsia Flight 8501 and other accidents are all caused by improper operation of the crew in the complex state. It is an international consensus that the operating capacity of the crew has decreased.

Gao Yongye, the captain of the Aviation Accident Investigation Center of the Civil Aviation Administration of China (CAAC), took several recent major incidents as examples to gave a speech on the decline of flight operation ability and flight safety. And he proposed the countermeasures for the decline of maneuverability: such as increasing the proportion of manual maneuvering time of the crew, formulating differentiated training based on different personnel capabilities, and setting monitoring standards for different airport operating characteristics. Strengthen the training of basic skills in the simulator, and create a relax environment for flying as much as possible. 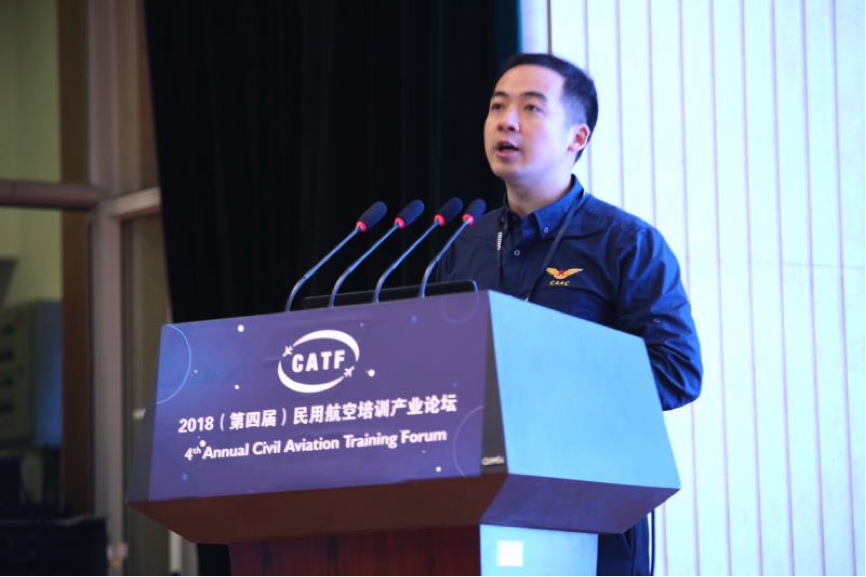 The C919 delivered its first flight on May 5, 2017. There are currently eight test aircraft, six of which are used for flight test, one static test, and one fatigue test. Now 101 aircraft are in Yanliang, and 102 are currently in Dongying, entering the test flight stage. 103 aircraft has also been installed off the assembly line, and are now in the low-speed taxiing stage, and strive to achieve the first flight at the end of the year, including 104, 105, 106, all in full swing.

The C919 training course is currently a feature course of COMAC. In addition to 142 or 147 training, there is also a feature OEM course, which is a customized course for different needs of airlines. At present, the training process is not only about the theory of books, but also uses COMAC Platform to do a lot of practical training. At the same time, it combines the test equipment of the Shanghai Aircraft Design Institute to introduce the flight control principle, as well as software teaching and practical operation. 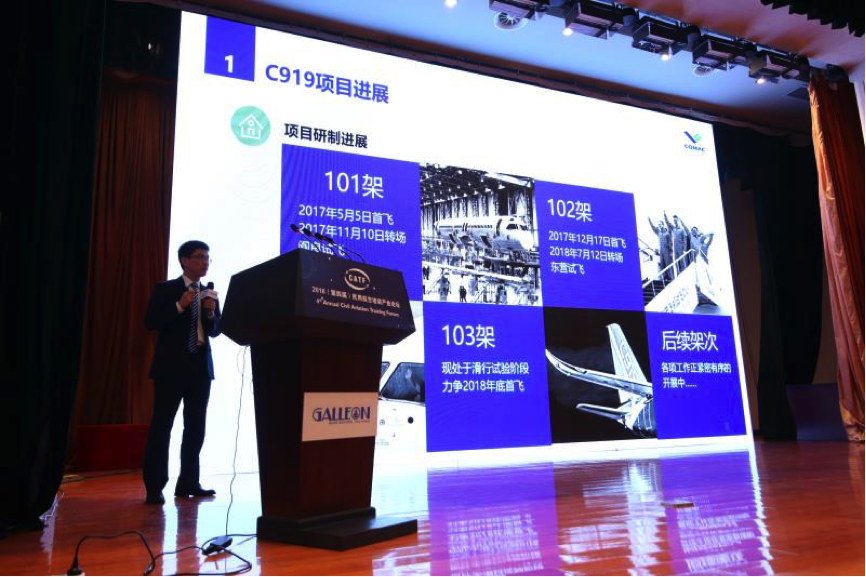 According to the British “Flight International”, “Airlines and civil aviation authorities around the world faced the warning that if they miss modern pilot training opportunities, then after the International Pilot Training Alliance (IPTC) and International Civil Aviation organization (ICAO) completes the preparations for policy changes, they may not be able to escape the troubles of using the training rules of the 1950s for the foreseeable future. 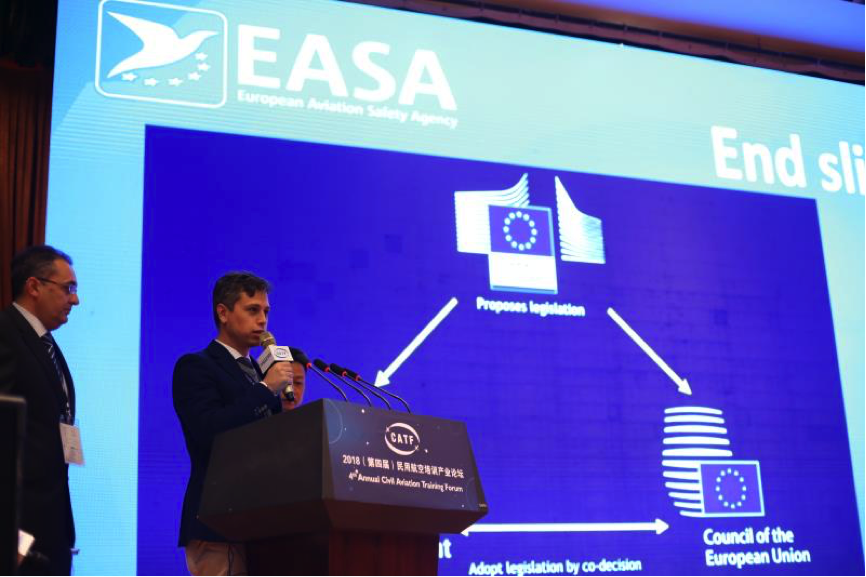 During the meeting, Gong Jianyu, Deputy Director of International Cooperation Department of Civil Aviation Flight University of China, shared his research results with Professor Lori J. Brown of ICAO NGAP on the application of virtual reality in aviation education and aviation testing. Through this technology, more exploration can be carried out in the field of aviation education and training in the future, and more advanced holographic technology can be applied to aviation training, from two-dimensional promotion to three-dimensional, so that the training is more exciting and real. 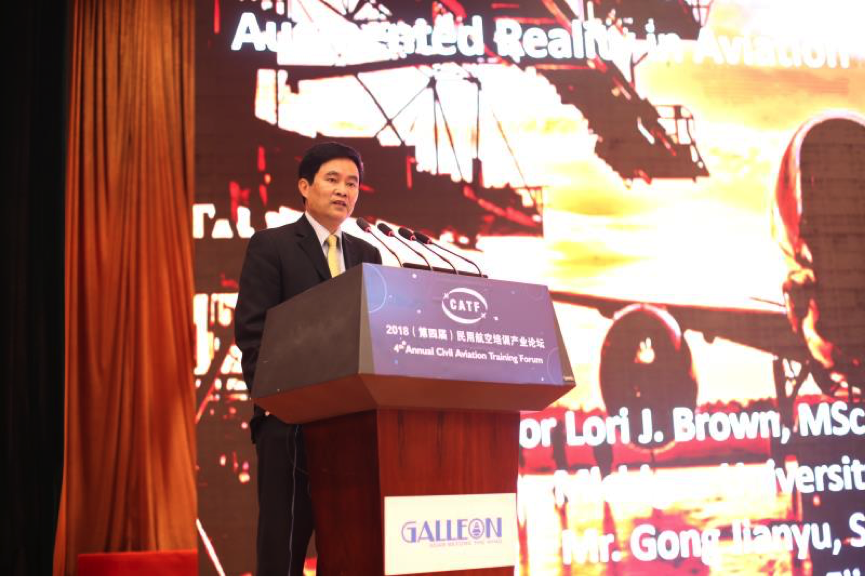 Participants fully demonstrated their brand image, new technology and new products through keynote speeches, panel discussions, exhibitions, and one-on-one business meetings. The two-day forum was successfully held. The attendees responded enthusiastically and expressed their understanding of the new hot spots in the industry through this event, getting to know new partners and discovering new business opportunities. The organizing committee hopes to enhance the interaction between buyers and suppliers, help to complete the aviation training industry system and improve the industry standard level by setting up an efficient platform for technical exchanges. It is expected that in next September, more experts and scholars could participate in, discuss and promote the aviation training industry to develop better and faster.