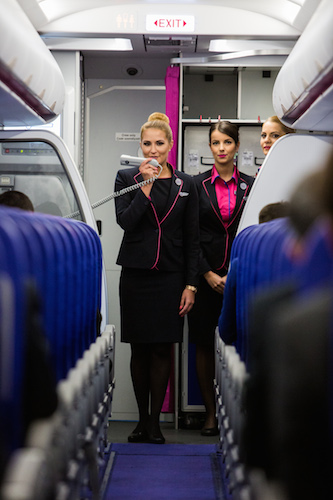 Wizz Air UK, headquartered at London Luton airport, begins operations on 3rd May, with the first flight between London Luton and Bucharest. Wizz Air UK will have 8 brand new Airbus A320 and Airbus A321 aircraft in service by the end of 2018, representing an investment of USD 860 million** and creating 300 new direct jobs with Wizz Air UK for management, pilots and cabin crew.

With the addition of Wizz Air UK, the group will have almost 9 million seats on sale on its low fare routes to and from the UK in 2018, some 14% growth year on year.

Wizz Air is now the eight largest airline group operating in the UK, with flights to 74 destinations in 23 countries from 9 UK airports, including eight new routes for 2018 from London Luton to Larnaca, Tirana, Tallinn, Bratislava, Lviv, Athens, Keflavik and Bari. Great value fares start from as little as £13.99* and can be booked online at wizzair.com.

József Váradi, Chief Executive Officer at Wizz Air, said: “Today marks the start of a new era in air travel in the United Kingdom, as we celebrate Wizz Air UK’s first flight following the grant of its UK operating license. While Wizz Air UK is a key part of our Brexit contingency plan, it is also the first genuine ultra-low cost carrier licensed in the UK and is the natural next-step in the development of our UK business, putting us in a strong position to take advantage of opportunities that may arise in what remains Europe’s largest travel market.  Wizz Air has been committed to the UK ever since our very first flight landed at London Luton in 2004 and our continued expansion will mean additional investment and jobs in the UK as we build on our current position as the 8 largest airline operating in the UK. Everyone in the WIZZ team is delighted to see operations begin under the Wizz Air UK flag, as we bring ever more low fare opportunities to our UK customers to explore our network of exciting destinations from the UK.”